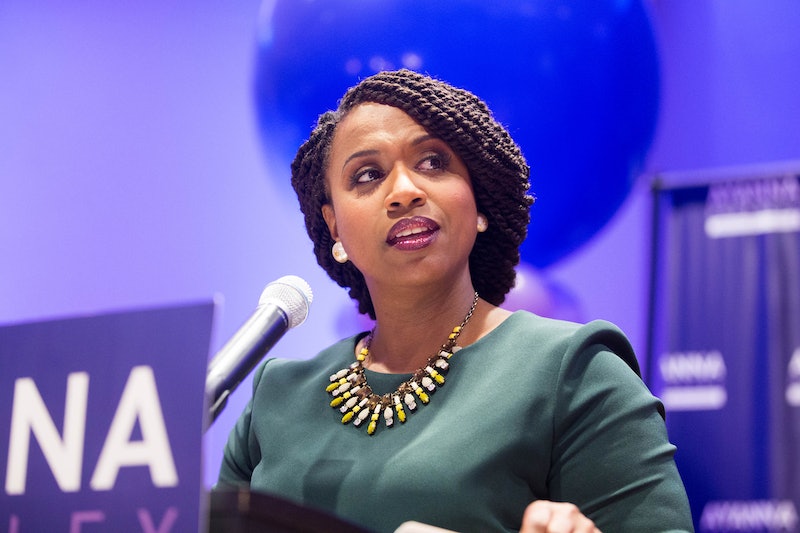 Democrats are aiming to build safer and more inclusive spaces for workers at the entry and low wage levels with this particular piece of legislation. On Tuesday, Massachusetts Democratic Rep. Ayanna Pressley introduced the Be HEARD anti-harassment act, The Root reported. Aptly abbreviated, the title for the Be HEARD Act stands for "Bringing an End to Harassment by Enhancing Accountability and Rejecting Discrimination," according to Vox.

Vox noted that the bill may close federal loopholes that leave workers vulnerable to sexual harassment, as well as give employees the necessary legal course of action for filing complaints against such abuse. On Tuesday, Sen. Murray tweeted about the Be HEARD Act and explained that it would "establish standards to strengthen harassment prevention in workplaces nationwide and empower workers to come forward by providing new resources."

Additionally, Murray tweeted that the Be HEARD Act would "safeguard anti-discrimination laws so that ALL workers are protected under our civil rights laws." The Human Rights Campaign praised the anti-harassment legislation and tweeted that the Be HEARD Act acknowledged the "needs of working people who have bravely come forward about harassment and sexual assault by allowing workers more time to report harassment and helping workers with low incomes with legal assistance."

Employees who cater food to the House of Representatives spoke with Vox about the harassment they say they've faced at work. One of those workers, Veronica Tucker, told the outlet that the harassment ranged from "a little pinch" to people attempting to offer more tips on conditional grounds like "if you're a little friendlier."

One of the most notable aspects of the Be HEARD Act is that it would provide financial assistance to low-income workers in the event that they need to file a complaint against harassment at their work, Vox noted. For employees who may not have the financial means to hire an attorney, such funding for a legal defense can be a major source of relief.

The bill would also grant protections to contracted workers who are employed by small businesses, according to Vox. It additionally takes a tougher stance on arbitration clauses in non-disclosure agreements, which may help employees speak up about sexual abuse at the workplace.

On Twitter, Pressley noted that the Be HEARD Act would help neglected workers within the retail, service, manufacturing, and health care fields. "I am thinking of the brave women of the Boston Fire Department who day in and day out risk their lives for the safety of our community and face harassment from male colleagues in their fire houses," Pressley told the media, per The Root.