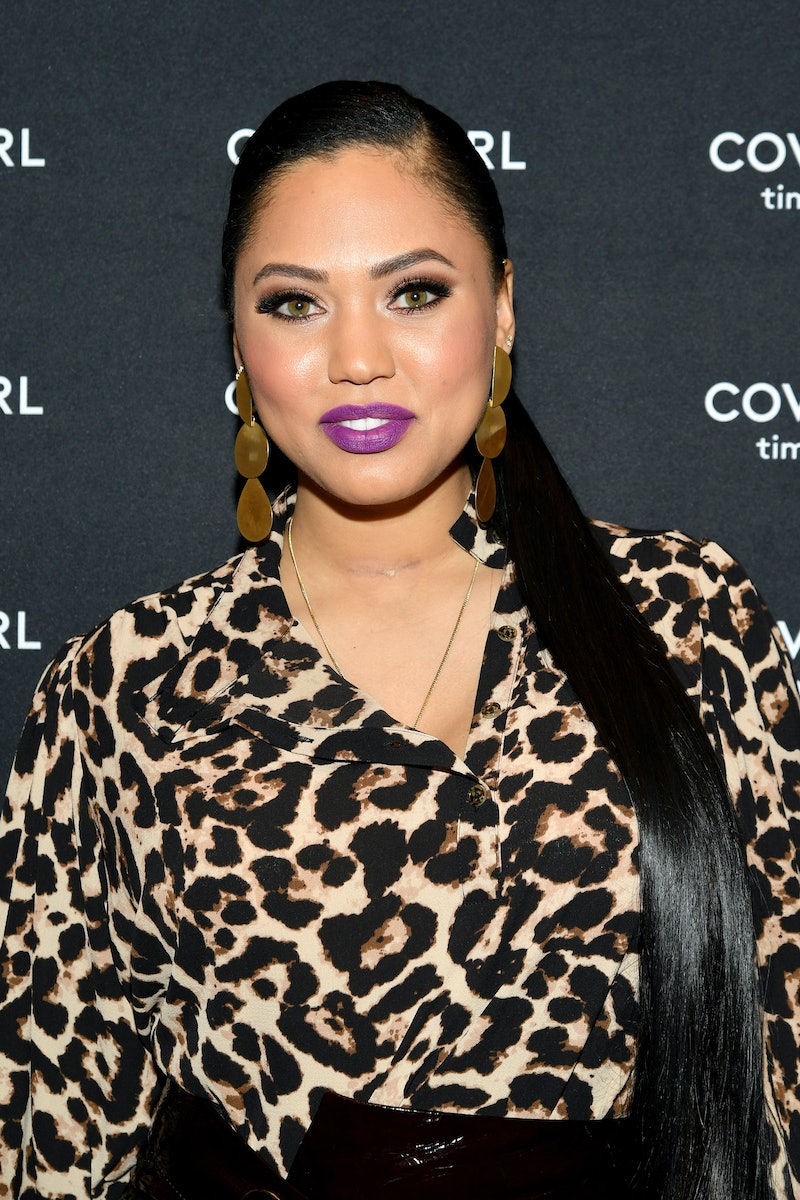 If you've been following along with the situation surrounding Ayesha Curry's recent Red Table Talk appearance, you already know that there are many who had some negative reactions to her comments. Well, according to Vibe, Ayesha Curry addressed the backlash to her Red Table Talk comments with an Instagram post that focuses on speaking her truth, no matter what.

Previously, Curry appeared on the May 6 episode of RTT with Jada Pinkett Smith, during which she opened up about some of her personal insecurities. In response to that honest discussion, many on social media decided to try and make light of her revelations, as Bossip reported. But, Curry isn't going to stand for any of that negativity. In addition to posting a photo of when she threw away a pair of Spanx (since they did not "spark joy" for her), she penned a lengthy caption on her Instagram post to respond to all of that (rather unfair) criticism of her RTT comments. She began:

"I have never been one to cage my feelings and emotions to any capacity. I am human. It brings me pure joy to speak my mind, be vulnerable at times and to know myself inside and out."

She continued to encourage all of her followers to "speak their truth," just as she did. Curry wrote:

"Seeing as how it’s mental health awareness month I really want to take the time to encourage everyone to speak their truth regardless of perception, fitting into a mold or offending someone, because it’s YOUR truth."

Curry went on to write that she's not afraid to open up about her insecurities especially because her words could help others feel less alone. She posted:

"If what I’m not afraid to say out loud about being a 30yr mama of 3 helps another woman like me feel like they’re not the alone and not the only one with an insecurity (because we ALL have them, don’t play) then that makes all of this hoopla worth it."

That's the kind of positive outlook that is sure to encourage her fans (and maybe even some of those haters) to stay true to themselves.

In case you missed Curry's original RTT interview, she recently sat down with her husband Steph Curry's family, including her mother-in-law, Sonya Curry; her sister-in-law, Sydel Curry; and her future sister-in-law, Callie Rivers, on the episode.

During the discussion, the mom-of-three related that she feels insecure from time to time, particularly because her husband, who plays for the Golden State Warriors, receives a lot of female attention. She said:

"Something that really bothers me, and honestly has given me a sense of a little bit of an insecurity, is the fact that yeah, there are all these women, like, throwing themselves (at him), but me, like the past 10 years, I don’t have any of that. I have zero – this sounds weird – but, like, male attention, and so then I begin to internalize it, and I’m like, ‘Is something wrong with me?'”

“I don’t want it,” she continued to say, “but it’d be nice to know that, like, someone’s looking.”

Of course, as previously mentioned, she received a bit of backlash for her statements (even though she was simply voicing her honest feelings). However, based on her recent Instagram post, it doesn't appear as though any of those haters are going to ever get in the way of Curry speaking her truth.