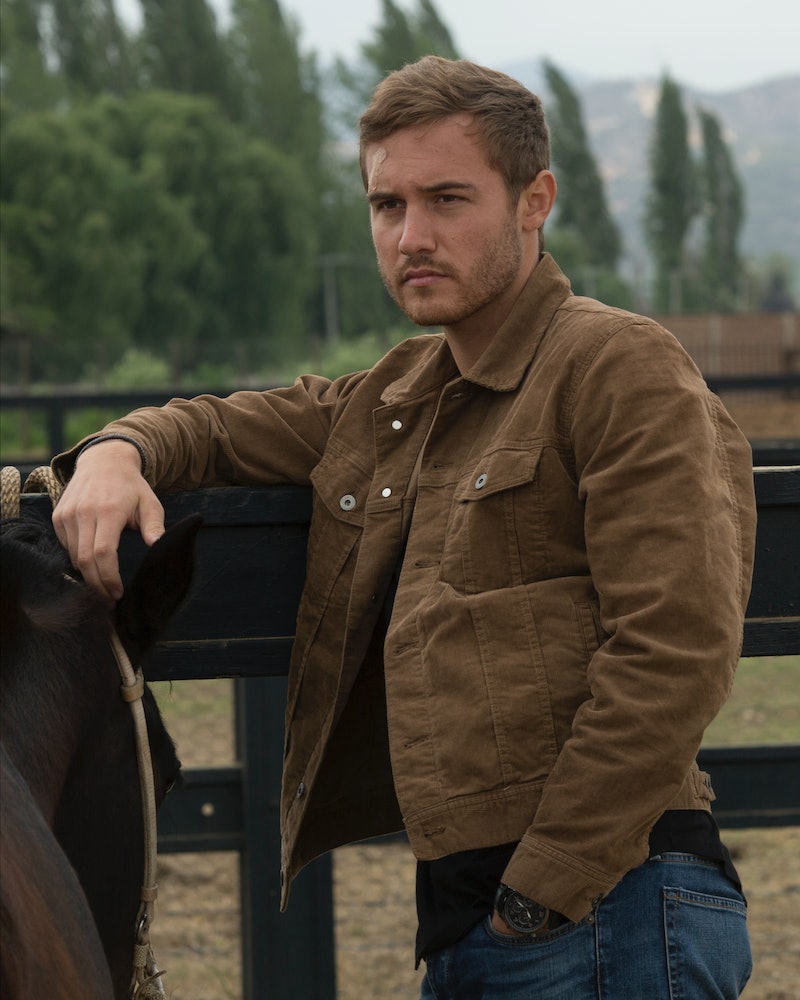 Peter Weber is a very passionate guy (especially around windmills), but he's not too attached to romantic holidays. While appearing on Live with Kelly and Ryan on Tuesday, Feb. 4, Peter revealed his Valentine's Day plans — or rather lack thereof. Instead of celebrating love with a certain special someone, the 28-year-old pilot will be spending the day doing what he does best: flying.

"What are you doing next Friday night for dinner?" co-host Ryan Seacrest asked Peter during his visit to the morning talk show, to which Peter replied, “Actually, I’m flying. I’ve got a trip, I’ll be at work.” That certainly doesn't sound like a guy who is eager to spend his first Valentine's Day with his future wife. Maybe that's because, according to a popular fan theory, Peter isn't currently engaged.

For the most part, Peter hasn't said too much about what his life has been like post-Bachelor — including whether or not he's currently engaged. However, he did dish out a few hints that suggest he walked away from the season with very few regrets and is "very happy" with how things ultimately play out.

“I followed my heart until the very last second of this whole experience,” he told Ripa and Seacrest. “I’m in a good place.”

Those vague remarks don't exactly give much away, but it may add further fuel to the speculation fire that Peter's season isn't quite done filming just yet.

Prior to the premiere, Peter stated how confident he was that his season of The Bachelor would remain spoiler-free. “I’m very confident that no one is going to be able to spoil it,” he told The Hollywood Reporter back in January. “There’s a reason I believe that, and obviously can’t say it otherwise it gives it away. I’m very confident that Reality Steve and all of these people, they’re not going to find out what happens.”

Considering Reality Steve's knack for getting the inside scoop throughout practically every other season, viewers began theorizing how Peter would be able to keep his ending a secret when so many others had failed. The most prominent, and logical, theory is that Peter's season can't be spoiled because it isn't actually over yet. After all, you can't spoil something that hasn't happened.

Of course, this theory has yet to be officially confirmed, but Peter's latest remarks definitely still seem to leave that possibility wide open. And if that's the case, then maybe this will be the last time he flies solo (literally) on Valentine's Day from here on out.