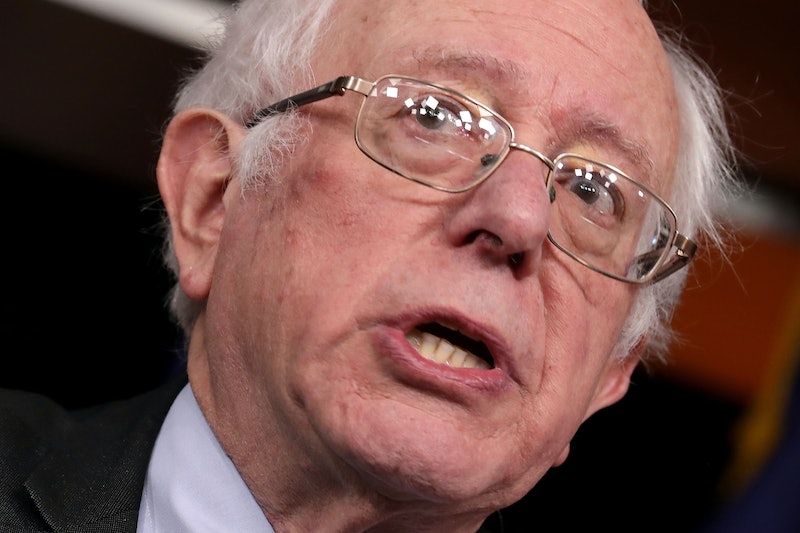 Bernie Sanders' campaign for president is over, but the progressive policies he championed have more endurance than his candidacy. For many Democrats in exile, his ideas have been adopted as a rallying cry and the ultimate ambition they hope to fulfill. The latest example comes from the Empire State, where New York Governor Andrew Cuomo has teamed up with Sanders in announcing a proposed elimination of public university tuition in the state's State University of New York and City University of New York systems for any student whose family makes $125,000 or less.

After Sanders campaigned on the mantra of free college and enjoyed nearly unprecedented support among the millennial generation, this move is a continuation of his legacy. Moreover, coming from a liberal state in a country that has moved hard to the right, it's a lone bright spot for many on the left as public policy is set to move farther away from them.

"There's a lot of momentum here," Mark Kantrowitz, publisher and vice president of strategy at Cappex.com, a website that helps students apply for college and financial aid, told Bustle. Kantrowitz has long advocated for free college programs that go far beyond New York's new plan. He sees the new action by Cuomo as an excellent step — one that joins similar programs in Tennessee as well as Oregon. But, like many of the activists I talked to, Kantrowitz thinks the plan doesn't go nearly far enough.

The New York plan is "last dollar," meaning it goes into effect after all other forms of financial aid and scholarship have been accounted for; in short, it takes care of whatever remains of tuition once a student has already been potentially helped. This set-up allows the plan to be relatively cheap for taxpayers.

“If you’re a low income student, you might need money to pay for textbooks, but since this New York plan is last dollar, it’s assumed that your grant is going towards tuition.”

But since many of the lowest-income students in the state already receive federal Pell grants and similar financial aid that can eliminate the costs of tuition, they're not likely to be helped by this as much as middle-class New Yorkers.

“If you’re a low income student, you might need money to pay for textbooks, but since this New York plan is last dollar, it’s assumed that your grant is going towards tuition,” says Kantrowitz.

The path towards increased college affordability is paved with more than just tuition assistance. Kevin Stump, Northeast Regional Director for Young Invincibles, an advocacy group for millennials, said he sees bigger issues for low-income students and concerns that go beyond cost.

"From the start, the playing field isn’t equal for them," Stump told Bustle. "We know that really what will increase graduation rates, especially among disadvantaged students, is support programs — the type of academic advising, counseling, and tutoring that have been proven and are evidence based to increase graduation rates among this population."

The tuition program is also notable for its focus only on full-time students. Though most students in the SUNY and CUNY systems are full-time, many who aren't are low-income; they may be working jobs in order to support dependents, as a third of community college students do, according to Professor Thomas Bailey, Director of Columbia University's Community College Research Center. He told Bustle that he is apprehensive about the full-time requirements of the program because it could leave out some of the neediest students. At the same time, Bailey said it could also encourage part-time students to enroll full-time, allowing them to get their degrees quicker, cheaper, and more effectively.

“Our basic view is that this is a good thing," Bailey said. "The first dollar has obviously more impact. Money isn’t the only thing that’s preventing college. It needs to be part of a more comprehensive set of reforms.”

"Any big surge of investment into higher education is exciting, and a good sign in the right direction," said Stump. However, he cautioned, "the devils are in the details." Specifically, Stump stressed it is critical not to forget about the students who may not be benefiting from this latest plan.

"I think we're concerned that, during this political moment, that this [policy] will be it, and we'll continue to leave behind students that are the most vulnerable and need support," he said.