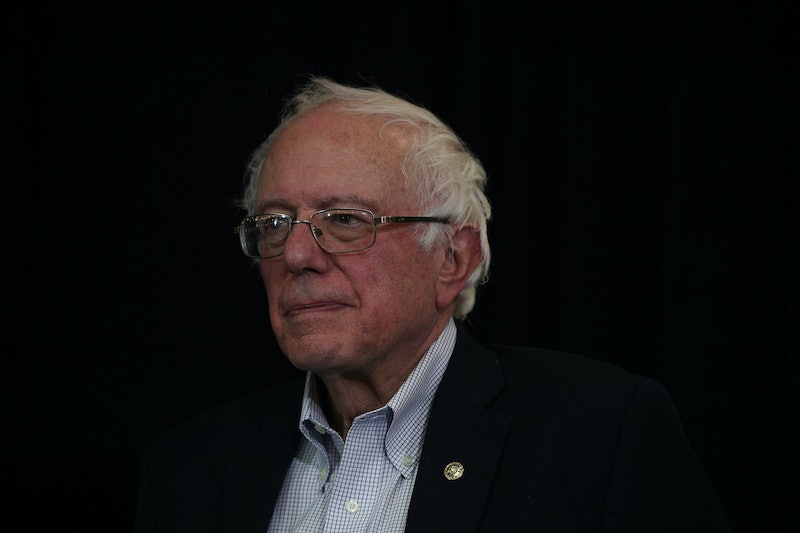 When Paul Ryan announced Thursday that Republicans will include a provision defunding Planned Parenthood in their Obamacare repeal bill, congressional Democrats in swiftly denounced the plan. Bernie Sanders said on Twitter that Democrats "need to fight back." While Sanders' response to the Planned Parenthood defunding is nice, the truth of the matter is that Democrats don't have the votes to stop this from going through. But that doesn't mean it's a done deal. There are several ways the GOP's attempt to defund Planned Parenthood could fail.

Congressional Republicans had made it clear even before the election that they would attempt to repeal Obamacare if Donald Trump won the presidency. It's also no secret that the GOP wants to defund Planned Parenthood, which provides health care to 2.5 million Americans every year. What's news is that Republicans plan to package the two measures together in one bill, because this will have significant ramifications once it comes up for a vote. This has to do with some wonky parliamentary rules in the Senate, so bear with me for a moment.

Most bills require 60 votes to pass the Senate, thanks to the filibuster — or, to be more precise, thanks to the Republican Party's normalization of the filibuster under President Obama. But there's a Senate rule known as budget reconciliation which allows certain budgetary bills to circumvent a filibuster and pass with a bare majority of 51 votes (or 50, with the vice president breaking the tie). This is the process by which Senate Republicans plan to repeal Obamacare, and no wonder — they only have 52 members in the Senate.

This means that if Senate Republicans want to repeal Obamacare and defund Planned Parenthood using budget reconciliation, they have the votes to do so — at least, in theory. Democrats simply don't have the numbers to stop it from passing, either in the Senate or the House.

However, there are several potential roadblocks to Republicans' plans, and either of them could derail the Planned Parenthood defunding attempt.

The first potential issue is that they might not be able to use budget reconciliation in this way. The rules that govern budget reconciliation are extremely complex, but in short, the process can only be used to pass a certain subset of bills that affect taxes, spending and the debt limit. It's unclear whether a Planned Parenthood defund applies; this has been a subject of debate for years, and thanks to the byzantine nature of Senate rules, there's still no consensus on the answer.

Who is the final judge on this matter, you ask? That would be the Senate parliamentarian, an obscure but extremely powerful official who receives very little attention, except during public disputes over budget reconciliation.

In order to defund Planned Parenthood and repeal Obamacare using budget reconciliation, the GOP will need a bare minimum of 50 votes in the Senate. There are only 52 Republican senators, so if just three refused to vote for such a measure, it would be kaput.

And wouldn't you know it, three Republican senators — Tom Cotton, Susan Collins, and Rand Paul — have indicated that they oppose the current GOP plan. They all give different reasons. Cotton doesn't want an Obamacare repeal without a replacement on deck, Paul has several objections to the process, and, most encouragingly, Collins just doesn't want to defund Planned Parenthood at all.

There are a lot of "if"s here. But if Republicans do package Obamacare repeal and Planned Parenthood together, and they fail to propose an alternative immediately, and Paul, Cotton, and Collins stick to their guns, then the plan is dead.

Last but not least, Ryan's announcement may have been a tad premature. Although he insisted that the GOP would put a Planned Parenthood defunding provision into the Obamacare repeal bill, that's not a decision that Ryan gets to make on his own, because he is not a senator.

A package like the one he's proposing would need to pass the Senate as well as the House. But Republican Sen. Lamar Alexander, who's drafting the Obamacare repeal legislation, wouldn't commit to including a Planned Parenthood defund in the Senate bill on Thursday, despite Ryan's claims to the contrary.

As you can see, there's still a whole lot of uncertainty about how all of this will play out. One thing is fairly certain, though: Democrats can't block a Planned Parenthood defund bill on their own. They'll need the help of Republicans, the Senate parliamentarian, or both. Either way, it's going to be one hell of a fight.