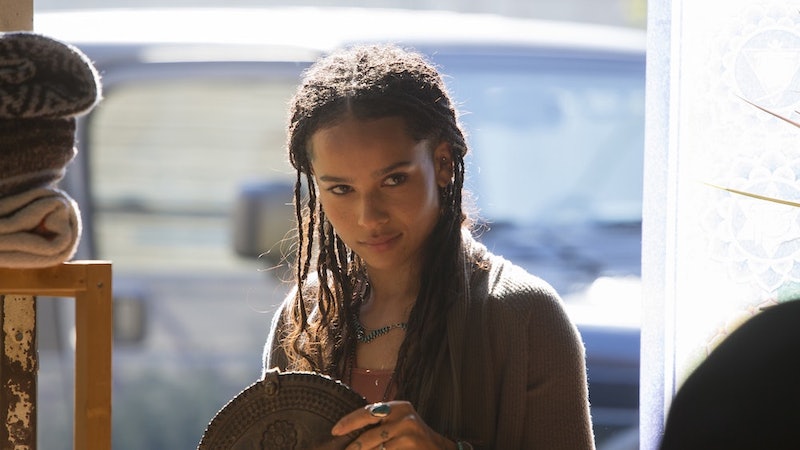 Secrets and lies will soon unravel in the affluent California beachfront town of Monterey once again. HBO’s murder drama Big Little Lies returns for Season 2 on Sunday, June 9, and the women of the Monterey Five will be reeling with the aftermath of Season 1’s conclusion in their own turbulent ways. In a new interview with Entertainment Weekly, showrunner David E. Kelly teased that Big Little Lies Season 2 will feature a lot more Bonnie, and admitted that there will be “skewed fractures and fissures” among Celeste (Nicole Kidman), Madeline (Reese Witherspoon), Jane (Shailene Woodley), Renata (Laura Dern), and Bonnie (Zoë Kravitz) put forth in the new season.

According to Kelley, as the sophomore season will take on fresh material, Bonnie will enter the spotlight front and center, and truly become one of the group. “She was never part of the franchise of friends that you know in year 1. She was kind of off in her own lane and … seen more through the eyes of Madeline than anyone else,” Kelley told EW. “This season, we obviously go much, much deeper into who she is, where she came from, and exploring the consequences of her actions in year 1 and also maybe unearthing a little bit of who that person was that came to push Perry down the stairs, and why.”

As fans will recall, BLL’s first season concluded with Bonnie pushing Celeste’s abusive husband Perry (Alexander Skarsgård) to his death at the elementary school’s Audrey Hepburn and Elvis Presley-themed costume party. Consequently, the second season will resume with the aftermath as the women pledge to protect Bonnie from police investigation, and hopefully provide a bit more insight into what drove Bonnie to step in, considering she wasn't great friends with Celeste in the first place.

Kelley said of how the women cope in Season 2, “There’s a cord and a core of stress that’s pulsating through each of the women, some fueled and complicated by the lie, and some dependent on the lie.”

While Bonnie, he revealed, isolates herself from others, the four other women cope in their own various ways. “We left off with a lie, so it would have been disingenuous not to mine that lie for all its malignancy," Kelley teased. "It’s going to result in more skewed fractures and fissures in the friendships between the women, some of the marriages, and some of the individual psyches.”

A few storylines to expect from the fallout? Celeste must contend with nightmares and Perry’s formidable mother, Mary Louise (series newcomer Meryl Streep). Madeline, meanwhile, is dealing with a crumbling family life as her relationship with her husband and teenage daughter encounter roadblocks. And Jane is focused on rebuilding her life with her son and a new romance in the aftermath of trauma. Then, of course, there’s Renata, who has her own set of problems to deal with.

Given criticisms of Bonnie's lack of character development in the first season, her spotlighted role in Season 2 will certainly appeal to fans who felt her character deserved so much more. June 9 can’t come soon enough.

More like this
Paul Mescal, Man Of Mystery
By Samantha Leach and Heather Hazzan
Mike Flanagan Teases 'The Midnight Club' In This Exclusive, Creepy Clip
By Grace Wehniainen
'Grey's Anatomy's New Intern Got Advice From Dr. Bailey Herself
By Grace Wehniainen
'Reservation Dogs' Season 3 May Finally Mend Bear & Willie Jack’s Relationship
By Gretchen Smail
Get Even More From Bustle — Sign Up For The Newsletter