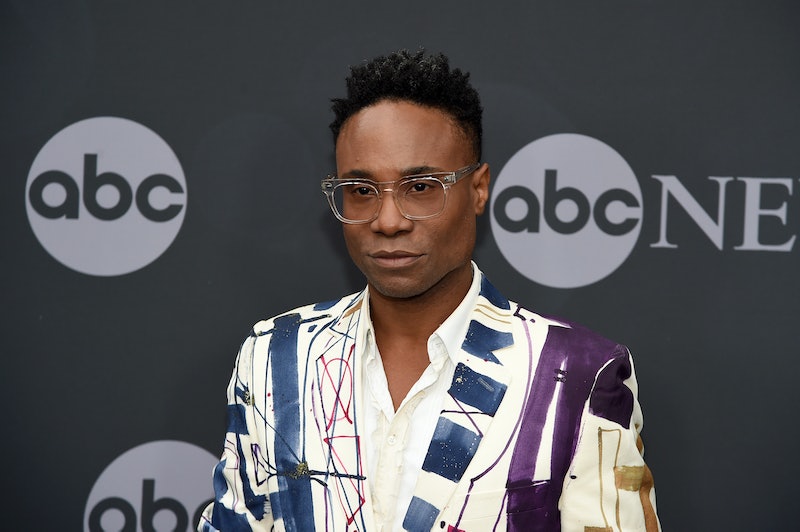 Actor, singer, Broadway performer, newly-minted fashion icon. He is all of those things and then some — but that doesn't mean it was always easy. During a recent interview with the Gay Times (per JustJared), Billy Porter opened up about coming out in the 1980s, and he also shared the heartfelt advice that he'd give his younger self.

Judging by the way he carries himself both on and off the red carpet, it's kind of hard to believe that Porter has ever lacked in confidence. He oozes authenticity, and does so in an incredibly grand way. However, the actor was bullied and forced to suppress all of that as a child, as he recently revealed to the Gay Times. But he was finally able to come into his own after he came out.

Porter recounted to the outlet,

"I was trying to get out of my circumstances and remove myself from the trauma and the toxic energy that was my childhood and my early teenage development. It was very traumatic and it was homophobic – it was violently homophobic and I knew then that if I was going to survive, I was going to have to extract myself from that. I found the arts and I found the theatre, a community that embraced me for who I am, and as I went deeper and deeper into that community, I discovered we were in the middle of a plague and had to fight."

Porter detailed his traumatic childhood and adolescence in an incredibly harrowing essay — that's very explicit and may be triggering for some — he wrote for Out magazine in October 2018. In it, he alleged that he was sexually abused by his stepfather for many years, starting at the age of 7.

He then went on to explain how he'd want to, "Change the narrative of, 'I need the love of people, my mother, my father, my family to exist on the planet.'" That's not what we need to survive, Porter stressed, and neither is tolerance or acceptance.

Instead, the actor told the outlet,

Porter survived, and he has since gone on to thrive. Big time. It's a good thing he ended up being able to be comfortable with himself, because there's truly no one else like him.

More like this
Pro Footballer Zander Murray Is "Blown Away" By Support After Coming Out
By Sam Ramsden
Bimini, Tia Kofi & More React To Cherry Valentine’s Death
By Catharina Cheung
Stormzy Made A Passionate Speech About The Importance Of Diversity
By El Hunt
An Honest Review of MeUndies Boxers, According To A Non-Binary Person
By Megan Lasher
Get Even More From Bustle — Sign Up For The Newsletter