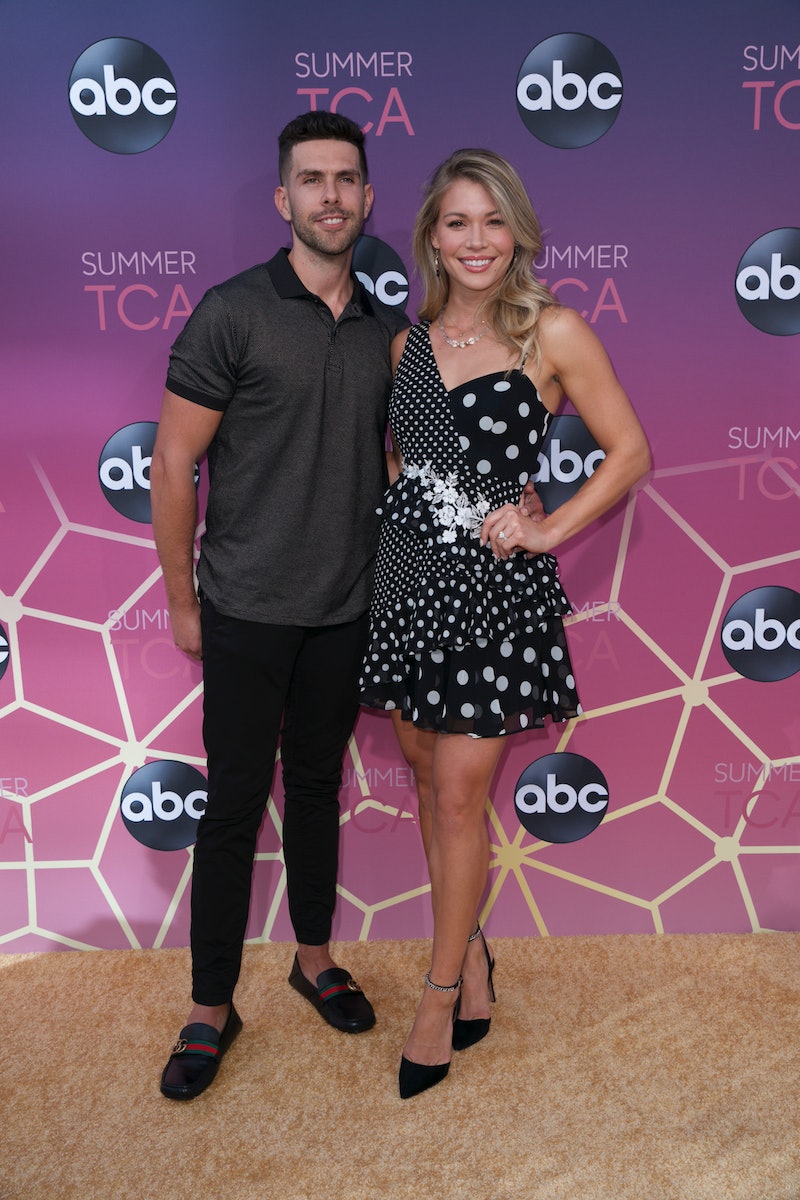 Following a Valentine's Day announcement they were splitting after nearly 8 months of marriage, Bachelor alum Krystal Nielson said her and Chris Randone's split was a "conscious separation" in a lengthy Feb. 19 Instagram post. Thanking fans for their support as they "navigate this new chapter," the health and fitness coach shared that she and Chris had FaceTimed the previous night and were discussing how "surreal" the past couple of years had been and "how LUCKY" they are to have found each other.

"We knew that taking a "conscious separation" would be difficult to explain to all of our supporters, friends and fans.. and we knew of the potential tabloid frenzy that would incur... but we care so deeply about one another that we were willing to take the risk, as WE feel that this is the right move for US. . . . We know that this isn't conventional and people are absolutely entitled to their opinions — but we've realized how much we have stunted our growth bc of the fear of disappointing and "failing" others — and therefore neglecting what WE need to thrive."

Part of those needs, she wrote, involves them both "focusing on radical self care" as they "come from a place of love and compassion" on how they can best support each other. What will their future look like now though? Well, apparently even they aren't totally sure quite yet. In fact, the contestant on Arie Luyendyk Jr.'s 2018 Bachelor season added that they hadn't planned on making any public statements at all until they "had actually processed what this new chapter actually IS," but felt pressured to do so before they were ready due to media scrutiny.

For now, however, Krystal revealed that Chris, who proposed during Season 5 of ABC's Bachelor in Paradise in 2018, left their San Diego home on Saturday, Feb. 15 "to begin an exciting adventure in Florida." She added that she's "so proud of him for making big moves." Meanwhile, Krystal also wrote that she'll remain in Southern California with their dogs Wayne and Chucky, but they, too, "are open to where our heart calls [them] to be next."

While first announcing their split in a Feb. 14 statement to the official Bachelor Nation website, the estranged couple said that the decision to separate was mutual, and they remained "best friends that love and care for each other so deeply." As Krystal and Chris explained at the time, they'd just come to a point in their relationship where they both needed to work on themselves for right now.

Echoing that sentiment, Krystal called Chris her best friend in a series of tearful Instagram story posts late Tuesday, Feb. 18. "We knew that taking some time apart could be painful, but that's how much we are rooting for one another and supporting one another in what each of us needs to do," she said in one video. "I know that may look unconventional but what is? And I think that each relationship can have its own rules and establish what works for them. But we are best friends that have each other's backs through and through."

Following the surprising breakup, Bachelor host Chris Harrison, who officiated their June 16 wedding in Mexico, weighed in on the split. "I love them very much. They're good friends, and I know that from the start, they were two people that were definitely going to fight the odds to make it just because of the things that they brought into this relationship,” Harrison told Us Weekly at a Feb. 19 event. "They were both very aware of it. They fought really hard and worked really hard on their love, their relationship and their commitment."

Although it remains to be seen whether or not they'll officially get back together, their own definition of conscious uncoupling seems to be exactly what's best for them right now — and that's all that should really matter.