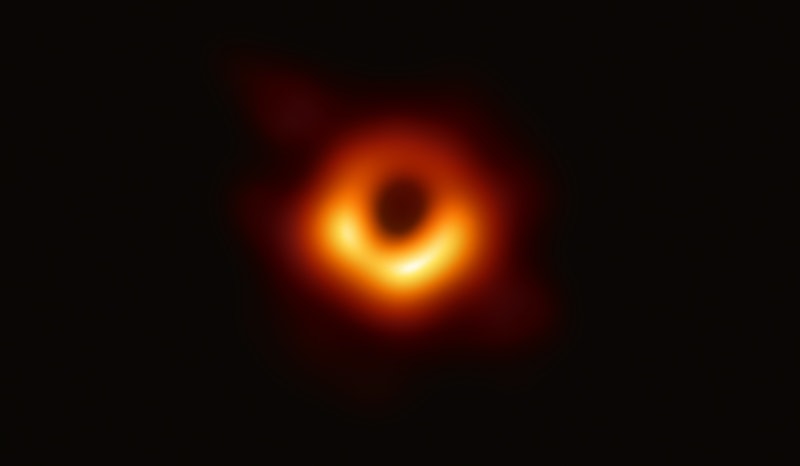 Wednesday was a big day for deep space. Scientists working with the Event Horizon Telescope (EHT) project announced that they had succeeded in capturing a photo of a black hole for the first time ever. The picture is distinctive and shows a big reddish circle with a hole in the middle. It set off the imaginations of many on social media, and their black hole photo memes and tweets are sure to make you chuckle.

"Black holes are the most mysterious objects in the universe," EHT Director Sheperd Doeleman told The Guardian. "We have seen what we thought was unseeable. We have taken a picture of a black hole." Technically, the photo shows the contours of the mass instead of the mass itself. It captures light photons entering the black hole and then being spit back out in the form of extremely hot plasma.

The project has been in the works for years: EHT began its operations in April 2017. The so-called "telescope" is actually eight telescopes placed around the globe that have been working as one. Scientists took massive amounts of data from each of the instruments and processed it into one image that's just a few kilobytes large, according to Quartz.

The single image was more than enough for social media users to riff on, though. The photo has spurred a series of memes and jokes you can check out below.