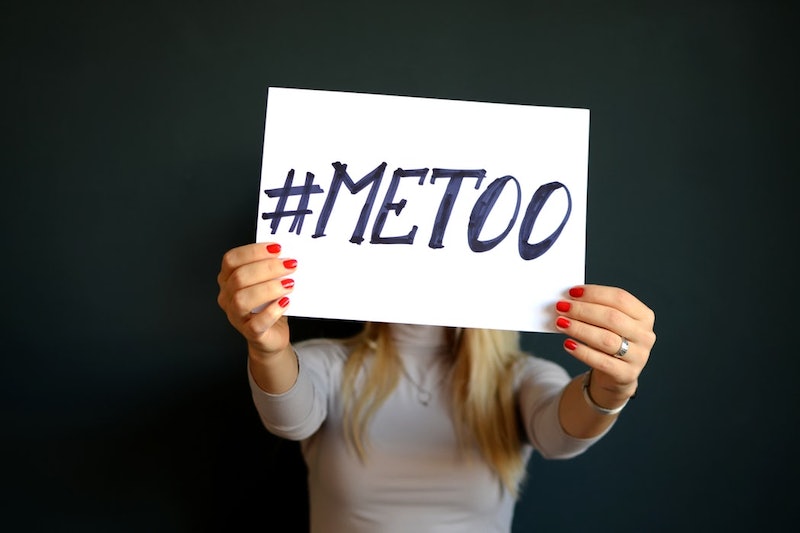 A new survey out of the U.K. shows that the book trade has a sexual harassment problem. The Bookseller conducted an anonymous, online poll during the first week of November, the purpose of which was to explore the impact of sexual harassment on the books industry, particularly in the aftermath of the Harvey Weinstein scandal. Nearly 400 people responded, and more than half of them — "54% of women and 34% of men" — said they had experienced unwanted touching, advances, or other sexual contact. Additionally, "[t]wo respondents to the survey said that they had been raped."

Bookseller Deputy Editor Benedicte Page said that the results could have been skewed by the nature of the survey, which allowed anyone within the books industry who wanted to submit to do so. "Personally," Page told The Guardian. "I’d be much more likely to respond to a survey where I had something important I wanted to say." She added, however, that she is not surprised by the fact that 51 percent of the respondents said they had experienced workplace sexual harassment: "If you bear [the self-selection] in mind, no, I don’t think the results are so very surprising. We’re becoming aware that it’s a widespread issue."

The sexual assault and harassment allegations against Harvey Weinstein have lead to an outpouring of similar reports about other Hollywood hotshots, including Kevin Spacey and Louis C.K. Former Amazon Studios head Roy Price resigned in mid-October, following allegations that he had sexually harassed The Man in the High Castle producer Isa Hackett, and one of his most prominent and controversial cancellations, Good Girls Revolt, is back on the market. Most recently, GOP Senate candidate Roy Moore was accused of sexually assaulting a 14-year-old girl when he was 32.

The Bookseller survey is an interesting step forward in industry self-examination, but this study alone will not enact change in the book trade. It will take policy and environmental overhauls to utilize the data collected by this survey — which includes the sadly unsurprising news that more than 70 percent of those who are sexually harassed in the book trade do not report their harassment. The Bookseller survey has provided books industry executives with the opportunity to change their companies for the better, and those of us on the outside can certainly try to put pressure on them to do so, but it will take more than words and surveys to make harassment-free workplaces a reality.

More like this
Romance Authors Are Mobilizing For Reproductive Rights
By Natalia Perez-Gonzalez
Women Around The World Are Cutting Their Hair In Solidarity With Mahsa Amini
By Darshita Goyal
The Most Anticipated Books Of October 2022
By K.W. Colyard
For Mur Lafferty, Genre Is Everything
By K.W. Colyard
Get Even More From Bustle — Sign Up For The Newsletter