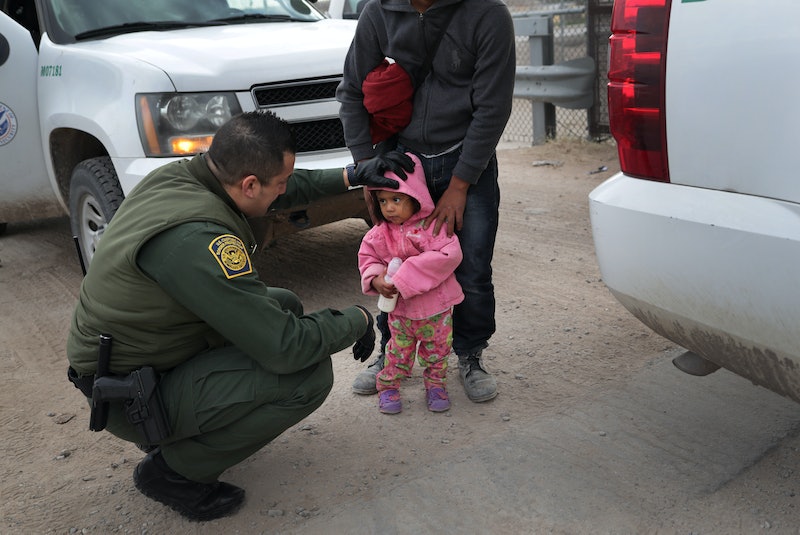 U.S. Customs and Border Patrol agents have dropped off more than 100 migrants at a homeless shelter in Las Cruces, spurring the New Mexico city to seek donations for them, according to The Hill. Las Cruces city officials asked the public for donations of food, water, clothing, toiletries, and bedding amid reports Border Patrol was expected to bring additional migrants to the small city in the coming days.

In a statement, Las Cruces city officials said donations of clothing, towels, blankets, canned food, bottled water, stuffed children's toys, and personal hygiene products such as shampoo, conditioner, lotion, lip balm, and sanitary napkins were especially needed along with foam padding that could be used as bedding. Officials asked anyone willing to assist to bring donations to The Las Cruces Gospel Rescue Mission, which is housing and caring for the migrants with the assistance of city officials and several local agencies.

According to The Associated Press, Border Patrol agents brought 95 migrants to Las Cruces on Friday, followed by another 83 on Saturday. Although it remained unclear Saturday how many migrants the city would host in total, city spokesperson Udell Vigil told the news outlet that migrants could continue arriving "for the next several days." Bustle has reached out to Border Patrol for comment.

In a statement shared to its Facebook page Friday, Las Cruces Gospel Rescue Mission said it was footing the bill for the cost of caring for the migrants from the shelter's own budget but was seeking financial donations along with gifts of food, clothing, and toiletries to help cover additional costs. Migrants will be housed in facilities separate from where the the shelter's regular population of homeless are accommodated.

"We just feel it's our responsibility to take care of folks," Steve Davis, Las Cruces Gospel Rescue Mission's men's shelter director, said in a statement shared on Facebook. "That's what we believe God called us to do. Regardless of who they are, or where they're from, we're going to do our best to take care of them."

The rescue mission said on Facebook that all migrants were immediately provided with water, sack lunches, and any needed clothing upon their arrival to the shelter and that representatives from a local health clinic conducted health screenings.

The migrants brought this weekend reportedly aren't the first to be dropped off in Las Cruces by immigration officials, The Las Cruces Sun-News has reported. According to the paper, Immigration and Customs Enforcement (ICE) has, for months, been distributing migrants released from their detention centers to churches in the area willing to provide temporary shelter. The paper has been covering these migrant drop offs — often the first step in an asylum seeker's journey from ICE detention to wherever their legal sponsor families live — since at least October.

According to The Las Cruces Sun-News, the asylum-seeking migrants brought into town by Border Patrol agents over the weekend are similarly expected to stay for only a few days. Just enough time to get their bearings and arrange travel to their sponsors. Should Border Patrol bring more migrants than Las Cruces Gospel Rescue Mission can accommodate at one time, other church-affiliated shelters in the city are expected to help, the paper reported. Some of the migrants who arrived over the weekend were taken to Las Cruces' Meerscheidt Recreation Center, which city officials temporarily closed to the public.