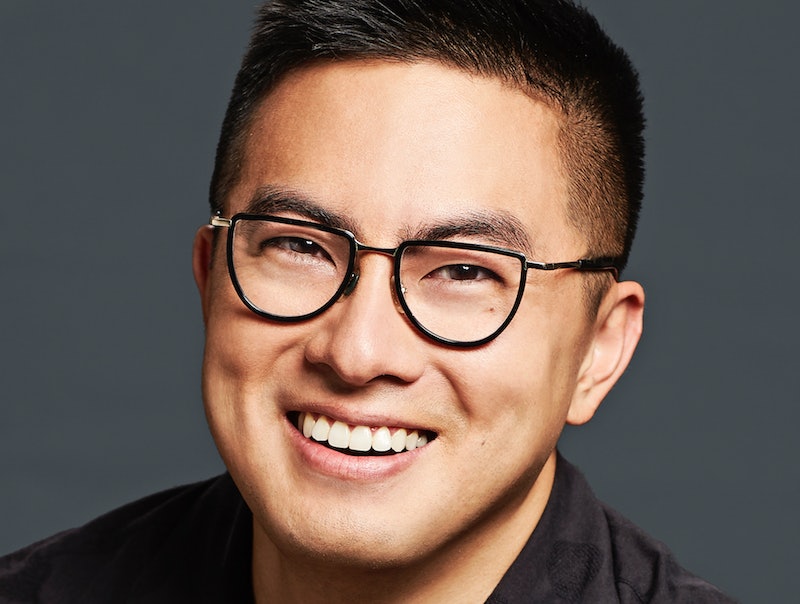 Comedian, actor, writer, and “100% that trade daddy” Bowen Yang will be honored by the Human Rights Campaign for his LGBTQ representation on and off the screen. The breakout Saturday Night Live star is slated to receive the HRC Visibility Award at the 25th Annual HRC North Carolina Dinner on Saturday, Feb. 22 at Le Meridien Charlotte. The event brings together members and supporters of the HRC — the nation’s largest LGBTQ civil rights organization — to raise funds for LGBTQ equality.

“Through his hilarious representation on and off the screen, Bowen Yang is inspiring LGBTQ young people and many others to embrace their authentic selves,” HRC President Alphonso David said in statement obtained by Bustle. “As one of SNL’s openly gay and the only Asian American cast member, Yang is boldly moving visibility forward. We are incredibly excited to honor Bowen Yang with HRC’s Visibility Award at the 2020 HRC North Carolina Dinner.”

In September 2019, Yang became SNL’s first Asian-American and third openly-gay full-time cast member when he joined Season 45 of the NBC sketch comedy series. The comedian started as a writer on the show prior to his transition onto the screen. Yang also stars in the Comedy Central series Awkwafina is Nora from Queens and co-hosts the podcast Las Culturistas alongside Matt Rogers.

The Visibility Award comes after Yang opened up about his experiences with conversion therapy as a teen. In an interview with the New York Times in January, Yang recalled the sessions he briefly attended in Colorado in order to placate his family. “They just sat me down and yelled at me and said, ‘We don’t understand this. Where we come from, this doesn’t happen,’” Yang said. “I’d only seen my father cry when my grandpa died, and now he’s sobbing in front of me every day at dinner.”

He continued, “And I’m thinking, ‘How do I make this right?’ This is the worst thing you can do as a child of immigrants. It’s just like you don’t want your parents to suffer this much over you.” Yang added of the family dynamics, “It was a cultural thing… around masculinity, around keeping the family line going, keeping certain things holy and sacred. It was me wanting to meet them halfway but realizing it had to be pretty absolute.”

While the circumstances have since changed, Yang said his parents are “doing a lot of work to just try to understand and I can’t rush them.” He told the Times, “I can’t resent them for not arriving at any place sooner than they’re able to get there.”

For more information on the 25th Annual HRC North Carolina Dinner set to honor Yang, you can visit the Human Rights Campaign website.

More like this
Pro Footballer Zander Murray Is "Blown Away" By Support After Coming Out
By Sam Ramsden
Jinkx Monsoon Is About To Get Real Sketchy
By Sam Ramsden
Bimini, Tia Kofi & More React To Cherry Valentine’s Death
By Catharina Cheung
Stormzy Made A Passionate Speech About The Importance Of Diversity
By El Hunt
Get Even More From Bustle — Sign Up For The Newsletter