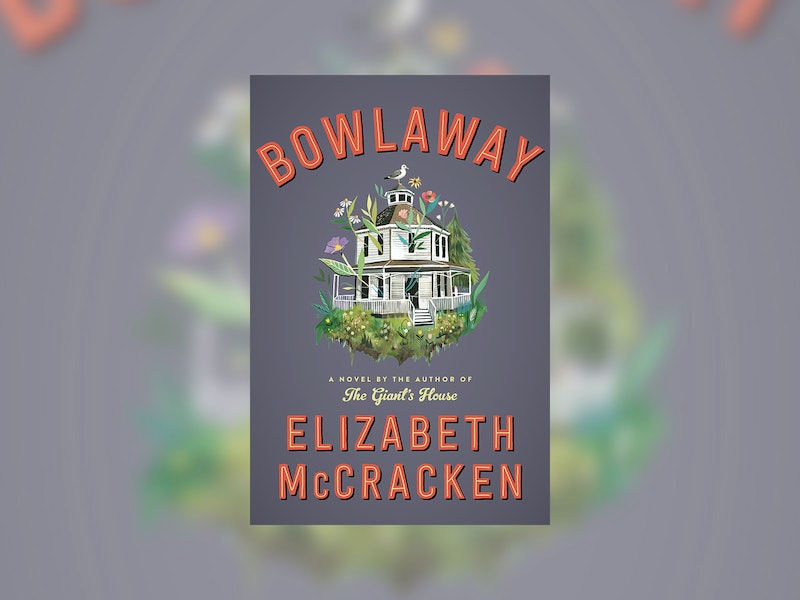 When Bertha Truitt’s body is found in the Salford Cemetery — above ground, alive — no one, including Bertha, knows how she got there. When asked what she was doing, sleeping on the frozen grass beneath the Pickersgills family obelisk, she simply replies, “I was dreaming of love.” The residents of the small, early twentieth century Massachusetts town in Elizabeth McCracken's first novel in 18 years don’t know what to make of her. It’s no matter; Bertha holds no mysteries about what she’ll make of herself.

Laden with a bowling ball, a candlepin, 15 pounds of gold, and a disrobed corset, she awakens on the frost covered ground, limbs akimbo and spirits high, ready to proselytize Salford’s citizens to her one true religion: bowling. According to Bertha, one can bowl away anything: financial troubles, a bad marriage, grief, time. And so begins Bowlaway, a wild and weird novel that spans a century in the life of small-town New England, and in particular, one candlepin bowling alley.

On sale Feb. 5, Bowlaway is has been called the "feminist Rip Van Winkle." In a way, it is: Bertha may well have been asleep for 20 years when she’s discovered. Though nobody really knows, dead grass remains on the ground where her body was found. But unlike Rip, who is disappointed by the passing of time and the ways his world changed while he slept, Bertha charges headfirst into the new life she awakens to, leaving the stories (and possible crimes) of her past behind her.

In the town of Salford, Bertha is an enigma. She wears a “divided skirt” — presumably for riding her bicycle, although it’s a staple of her wardrobe, rather than the exception to a rule; she marries a man of color practically at first sight, seemingly oblivious to the judgmental chagrin of the Salford community; she is rumored to have a fortune, though where and what it came from, and where it has gone, is anybody’s guess. And, most importantly, Bertha considers bowling a woman’s game.

The bowling alley that Bertha creates is the first all-female bowling alley in America — from the moment Truitt Alleys opens their doors, Bertha refuses to ban women from playing, and refuses to segregate them from the men. She encourages women to play frequently and competitively, removing whatever garments might restrict them from sending their balls in perfect rotation down the lanes. At the turn of the century, this isn’t just bold, it’s downright threatening to ingrained societal order — and not only is Bertha subject to direct threats, but her female bowlers are as well: fighting for their right to play, to exist, to take up space in a man’s world. But that’s Bertha: a woman who flies headlong into whatever fight is before her: like a ball flying down a lane.

The legend of Bertha — and of the alleged Truitt fortune — spans three generations in Bowlaway. As years pass, and the hobby of bowling becomes ingrained in the social fabric of America, so do the myths of Bertha become ingrained in the social fabric of Salford. McCracken’s characters invoke her spirit, over and over again — and Bowlaway is a novel filled with women choosing all sorts of traditionally male vocations.

If you think 100 years is an awful lot of time to spend in a small, family-owned and operated bowling alley, think again. In fact, bowling offers the perfect narrative arc. “Bowling was so full of suspense,” writes McCracken — a two time National Book Award nominee, and author of five other books, including The Giant’s House. “A story: our hero (the ball) sets out on his journey (the approach), travels the length of his world until he runs into trouble, acquits himself well or badly, end of chapter. Turn the page!” Believe me, you will.