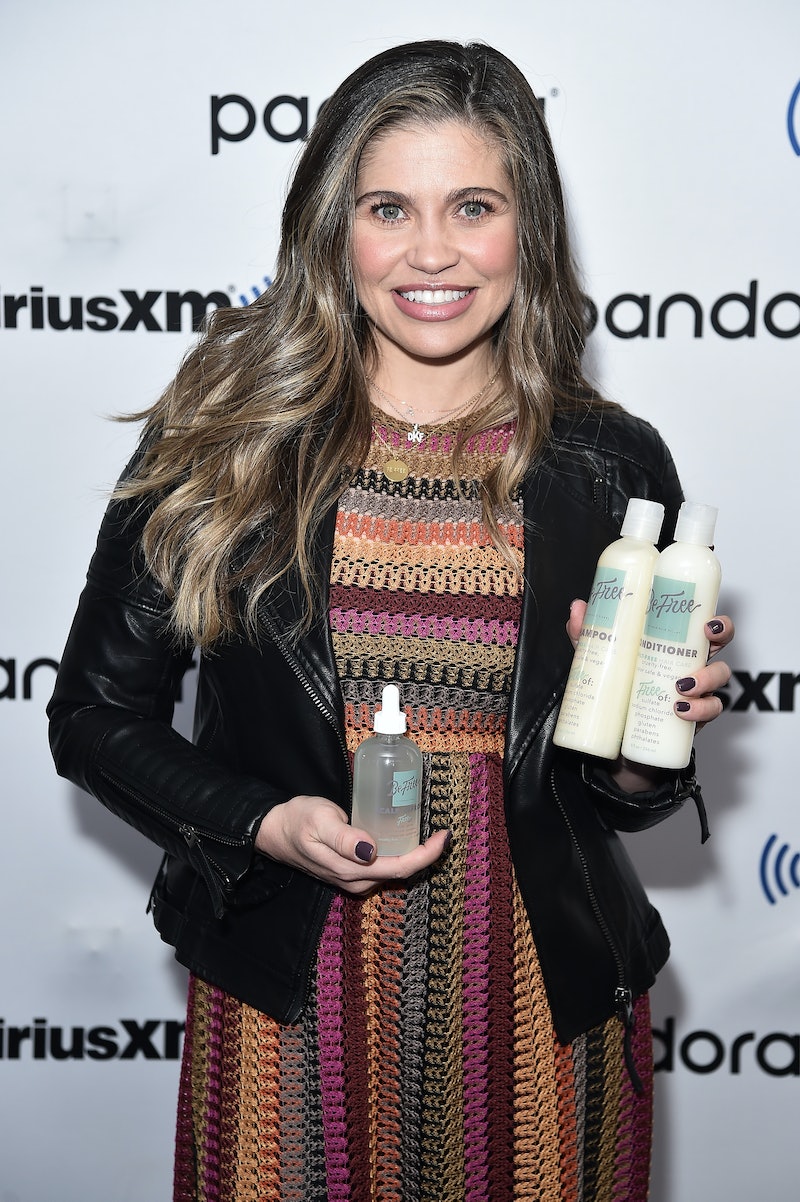 Jennifer Aniston may have had 'The Rachel," but there's another actress whose hair was iconic in the 90s: Boy Meets World's Danielle Fishel. Now, you can get hair approved by Topanga Lawrence herself because Fishel launched her own hair care range, Be Free, and it's available to shop right now.

If you grew up watching Disney channel or ABC's TGIF Friday night line-up, Fishel's character Topanga likely graced your screen. The whip smart, future wife of Cory Matthews was known for everything from drawing a lipstick heart on her face to proposing to Cory herself. However, it was Fishel's own long, voluminous hair that gave Topanga her signature look. From the below the waist locks of the character's early high school years to an entire episode dedicated to the moment she chops it all off, The Rachel wasn't the only hairstyle 90s kids knew.

Fishel's hair care range, Be Free, takes inspiration from her days playing Topanga (her character is the first image on the brand's Instagram), but according to Allure, the brand is actually all about eliminating harmful ingredients so that hair care can be simple, clean, and effective. In her interview with the magazine, Fishel explains that Be Free began once she heard her son's heartbeat. The actor and now brand owner explains that she realized her choices not longer effected just her, and Be Free was born.

Fishel's hair care has launched with a core collection of just three products: a shampoo, conditioner, and scalp serum. Everything inside the range is said to be free of ingredients that may do more harm than good. This includes sulfates, sodium chloride, phosphate, gluten, parabens, and phthalates.

According to Vice, who spoke with director of the National Toxicology Program’s office of nomination and selection Scott Masten, some of the ingredients Fishel calls out in her brand are scientifically backed-up as harmful. Parabens have been studied in animals and labs and found to have a potential link to breast cancer development (though there's no conclusive evidence regarding humans). As for sulfates, they don't pose health concerns, but they can be guilty of over stripping your hair according to Masten.

Bustle reached out to Beth Weber, hairstylist and founder of Refuge Hair, regarding whether such ingredients should be excluded from your hair care products. The stylist explains that clean beauty standards have pushed a number of brands to be more innovative, and there are several ingredients out there with no controversy that are both good for users and the environment.

Weber goes on to explain, however, that these good for you ingredients can be more expensive, but they are worth it. She says, "The peace of mind consumers have when their hair care products mindfully exclude sulfates, parabens, and phthalates is what, at the end of the day, makes them feel good about their purchase."

With these potentially harmful ingredients removed, Fishel has added more natural alternatives to nourish the hair. Inside her products, shoppers will find ingredients like argan oil which is rich in antioxidants and fatty acids that help to add shine, garlic which aids in hair growth, and hops which can prevent dandruff and hair loss.

Be Free Scalp Refresh
Be Free by Danielle Fishel

If you always envied Fishel's hair on Boy Meets World, Be Free is now available to shop, and it may help you get that look you've been longing to have since the 90s.

More like this
How To Get Wednesday's "Soft Goth" Lip, Straight From The Makeup Designer
By Audrey Noble
Jenna Ortega's Hair Routine Occasionally Involves Washing Out Fake Blood
By Olivia Rose Ferreiro
Hailey Bieber's Best Hair Moments Of 2022
By Audrey Noble
Khloe Kardashian's Mermaid-Length Waves Give Major Goddess Vibes
By Olivia Rose Ferreiro
Get Even More From Bustle — Sign Up For The Newsletter