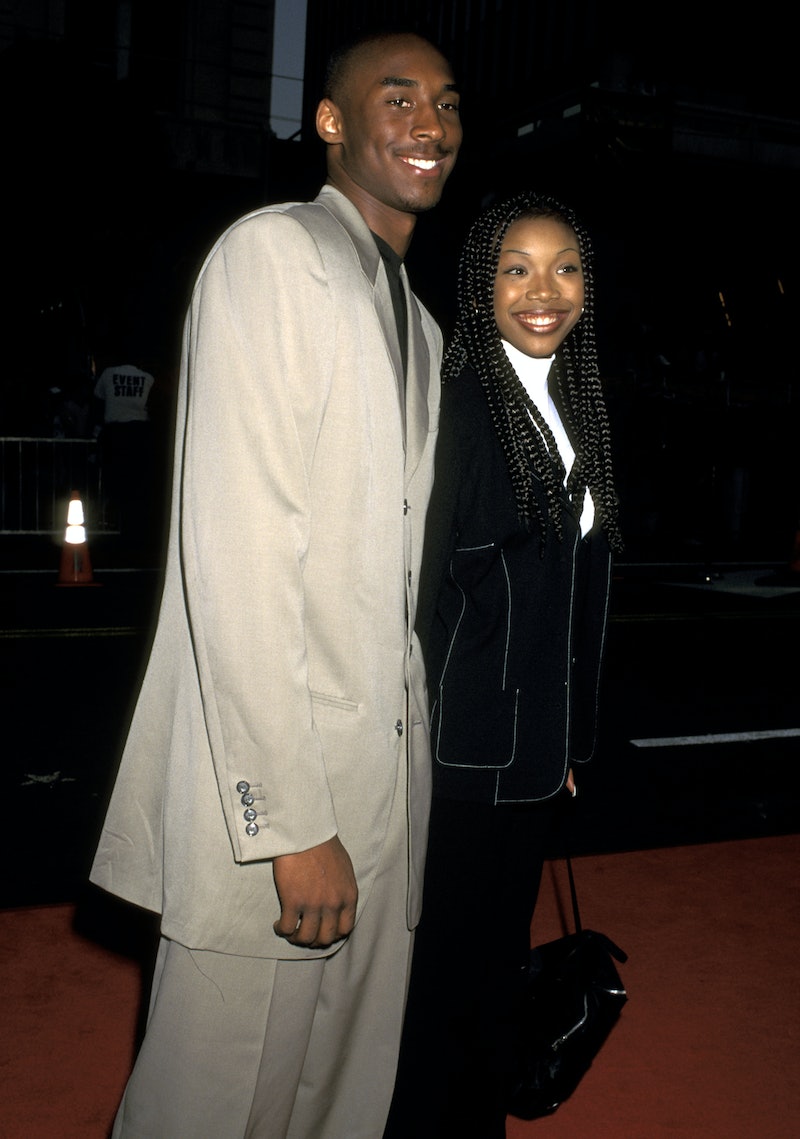 Two and a half decades after the big night, Brandy is remembering her superstar prom date. On Friday, Jan. 31, Brandy honored Kobe Byrant with a photo of him and his daughter, Gianna, on Instagram, writing that "never will I understand" his loss. The NBA superstar died suddenly on Jan. 26 at the age of 41, in a helicopter crash that also claimed the life of his 13-year-old daughter and seven others.

"My condolences to @vanessabryant, and all families who are in pain during this tragic time," Brandy continued, adding that she was sending "love" to the victims and their families. While the singer and actor didn't mention it in her tribute post, she and Bryant have actually known each other for 24 years, after the then 17-year-old asked her to attend his senior prom. "He asked me to go to the prom with him, and since he was a nice guy … I asked my mom, and she said yes," Brandy told The New York Daily News at the time.

Bryant was a high school basketball star at the time — in June 1996, he was drafted into the NBA by the Charlotte Hornets straight out of high school, before being traded to the Los Angeles Lakers — and he crossed paths with Brandy at the Essence Awards a few months earlier. "He came home … and said, 'I met such a nice, beautiful, intelligent, sweet person,'" Bryant's mother, Pam, told the Philadelphia Daily News, according to a recent article from the New York Post.

According to some of Bryant's classmates at Lower Merion Township High School in Philadelphia, it was a dream come true for the basketball player to take Brandy — who was then the star of the sitcom Moesha — to the big dance. "We were in English class together, and he had one of those teen magazines and it had a picture of Brandy," Ashley Pietropaolo, one of Bryant's classmates, told the Philadelphia Inquirer. "He showed me and he said, 'I'm gonna bring this girl to prom.' ... Every day, he would be like 'I'm bringing this girl to prom.'"

Of course, once word got out that Bryant would, indeed, be taking Brandy to prom, there was an influx of calls from reporters to the school. On the big night, Lower Merion Township High even had to hire extra security, in order to protect Bryant and the other students from the crush of reporters and photographers. Despite all of the commotion, however, Brandy told TMZ in 2014 that she had an "amazing" time and felt like a "normal" teenager.

"It was so much fun," she said, per Glamour. "Although [there were] cameras and media there, it still felt normal to be in a school with kids my age. We were dancing; it just felt real ... I really needed to experience that and I wouldn't if Kobe never asked me." The singer had such fond memories of her and Bryant's prom night that she even held onto her corsage, according to TMZ.

The pair kept in touch for a while after their famous prom date; a few months afterwards, Bryant guest-starred on an episode of Moesha, and they attended several Hollywood events together. Despite his tragic death, Bryant's legacy on and off the court will never be forgotten, and with her sweet, simple tribute post to him, Brandy made sure that their prom date back in 1996 truly was a night to remember.