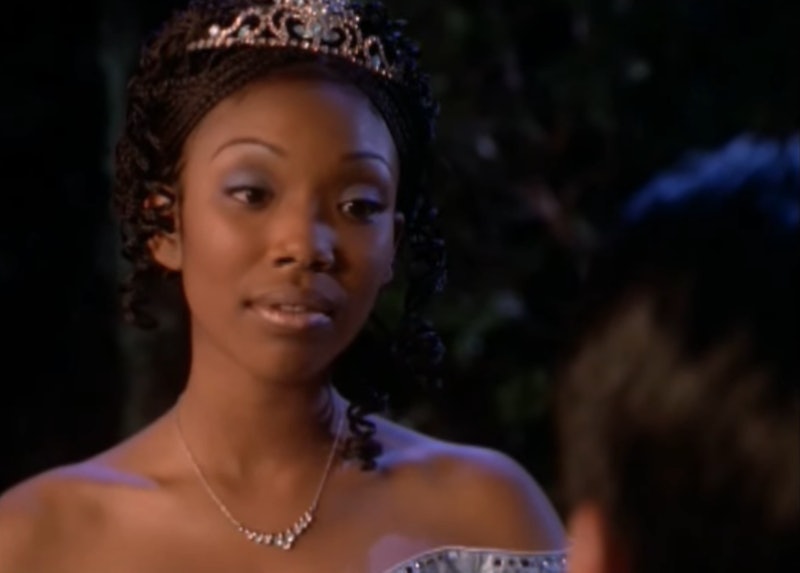 The '90s are known for delivering some classic moments in entertainment, and ABC is responsible for bringing one of the most memorable to the small screen. It's been 20 years since Brandy and Whitney Houston's Cinderella aired on television, and to celebrate, the musical will be coming back to the small screen for an encore presentation. Yes, you'll be able to rewatch Cinderella in the very near future.

The 1997 production starred singer and actor Brandy Norwood as the title character, and outright legend Whitney Houston as The Fairy Godmother — creating one hell of a magical experience. From the music to its dynamic ensemble cast, this version of Rodgers & Hammerstein's Cinderella helped show the world that black and brown faces should have just as much of a presence in fairytale land as white faces do. Don't just take their word for it, however. The amount of viewers who tuned into the ABC special to witness the love story of a black princess and Filipino-American prince were astounding — more than 60 million during its premiere, according to Rodgers & Hammerstein's official website.

According to a tweet from BuzzFeed News' Jarrett Wieselman's, Fuse will be airing the classic remake on Nov. 2 to coincide with the film's 20th anniversary. And as if that wasn't good enough, Fuse will also be showing Cinderella themed episodes of Brandy's '90s sitcom Moesha, and Tia and Tamera Mowry's hit Sister, Sister, starting at 5 p.m. PST.

Both episodes are classics, to say the least. For Moesha, her prom date bails on her at the last minute, and so she ends up going solo, only to run into a mystery man at the dance. And in Sister, Sister, after being left home alone to clean the Campbell-Landry residence, Tamera bails on her chores to attend Jordan's party and ends up having a night to remember.

Now, back to the main event: Rodgers & Hammerstein's Cinderella remake is definitely one for the history books. Not only was seeing two black women play the iconic Disney roles in the live-action remake thrilling, but the supporting cast helped to make up one of the most diverse ensembles on television during that time. When speaking to Jet Magazine at the time of the film's '97 release, Whoopi Goldberg, who played the Queen Constantina, opposite Victor Garber, explained Cinderella's diversity significance perfectly, saying,

“Before, it was either all-black or all-white, but never a normal mix of people. This integrated cast is how the real world is. This is more normal than being part of a cast that doesn’t have any color in it.”

And just last week, Cinderella's Prince Charming, played by Filipino-American actor Paolo Montalbán, posted a throwback photo of the beloved cast — further proving why the TV musical was, and still is, worth the watch.

"An AMAZING cast," as Montalbàn calls them, is an understatement. Try "sensational," or "breathtaking" even. Because this is what representation in media looks like.

It's hard to believe that it's been two decades since America first laid eyes on the wonders of this Houston and Brandy collaboration. And seeing as the film isn't currently streamable on either Netflix or Hulu, watching at your disposal is pretty much impossible if you don't have the VHS. Fuse is doing the film justice however, giving longtime fanatics a chance to dive head first into their '90s nostalgia.

But, no worries if you didn't get the chance to fall in love with Brandy's Cinderella when it first aired. You can totally count on the internet to get you up to speed before the big night. A quick Google search will lead straight to some of the most memorable moments in the film, like Houston and Brandy's wonderful duet entitled "Impossible."

Or even Brandy and Montalbán's beautiful opening number, "The Sweetest Sounds."

Get your popcorn ready and make sure those tiaras still fit, because Nov. 2 is going to be a don't-miss event. Oh, and now would be a good time to start rehearsing those Brandy and Houston tunes, because you'll definitely want to try and hit those notes during the broadcast.