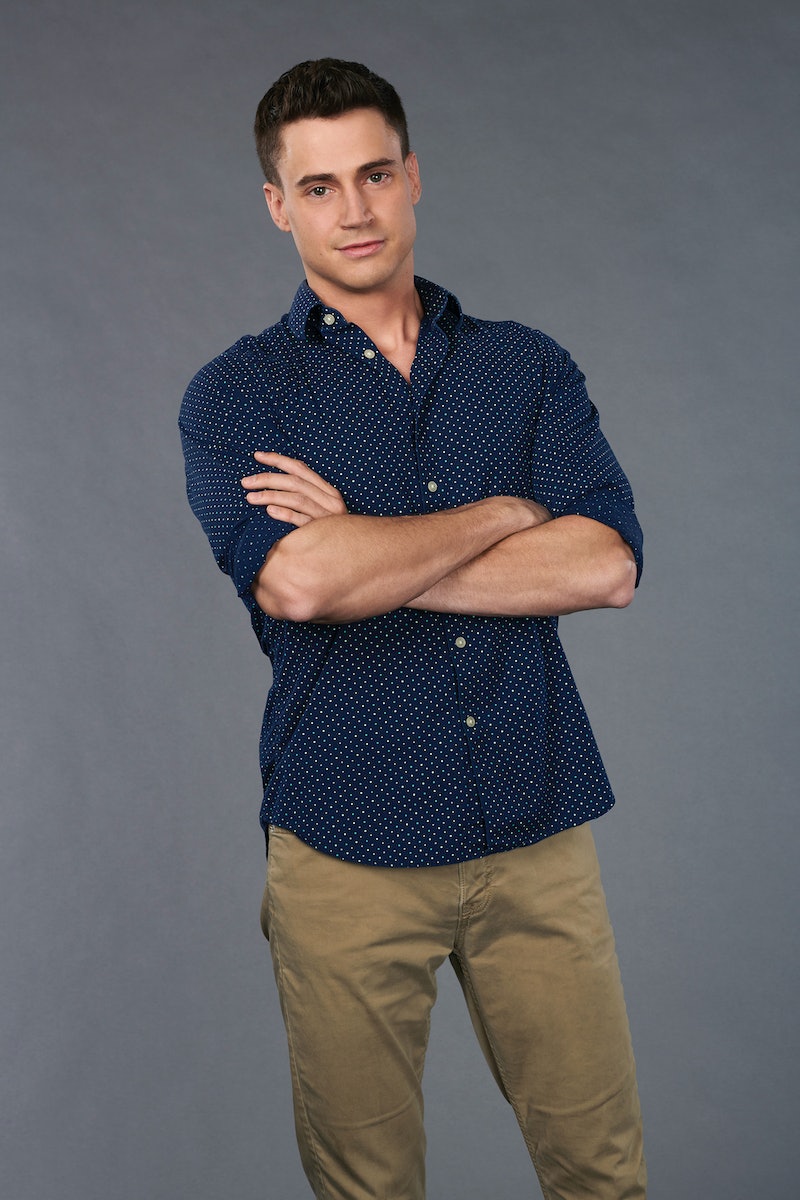 Some people are good with words and some people are good with numbers. Brian from the Bachelorette fits into the latter category. The 30-year-old is a high school math teacher from Louisville, Kentucky, according to his ABC bio. In fact, he actually works at the same high school that he once attended as a student. Now, he's focused on "helping his students achieve their dreams," his bio continues. But he took a little time off to try to find love with Hannah B.

It may not go so well with Hannah at first, though. Host Chris Harrison said in a video preview of the contestants that Brian got tongue-tied when he first met Hannah. "[He's] a man of very few words," Harrison hinted. "[He] really lost it over Hannah, and I mean he lost his words."

It's natural to be nervous on night one, and Brian wouldn't be the only contestant whose mind has gone blank when meeting the show's lead. Fans will just have to wait and see if he can overcome a potentially bad first impression and show Hannah another side of himself. He may have charmed her with his smile alone, TBH. Just look at him in this press photo from night one:

Whether good with his words or not, fans will likely want to know more about Brian right along with Hannah. Especially because he has, as Harrison put it, "a Freddie Prinze Jr. thing going on."

Brian is pretty quiet on social media. His Instagram page is private and his bio simply reads, "Teacher Brian." You can tell his math teacher career is a big part of his identity. According to his faculty page on the school's website, he teaches at Trinity High School. He graduated from that same school in 2006 and got his Bachelor of Science in math at Kentucky's Centre College. He then went on to get his Master of Arts in Teaching at University of Louisville. Since then, he's taught at Trinity for five years. In 2015, he won the Hilliard Lyons Excellence Award for being a "5-Star Teacher." (Perhaps he'll be a five-star Bachelorette contestant too.)

Brian's faculty page also says that he's an active participant in community theater in the Louisville and Jeffersonville areas of Kentucky, and that he competes in volleyball tournaments on the local and national level. His Bachelorette bio, meanwhile, says he loves puns and using sarcasm (so maybe he does have a way with words after all!) and he likes signing karaoke so much that he'll do it until he loses his voice. Flag day (June 14) is his favorite holiday because it's his birthday.

Aside from that, there's not too much else on the internet about Brian. He seems like a dedicated teacher who is committed to helping the same community he grew up in. Hannah may appreciate those attributes about him and decide to overlook his potentially awkward first introduction. After all, Hannah doesn't always know exactly what to say either.