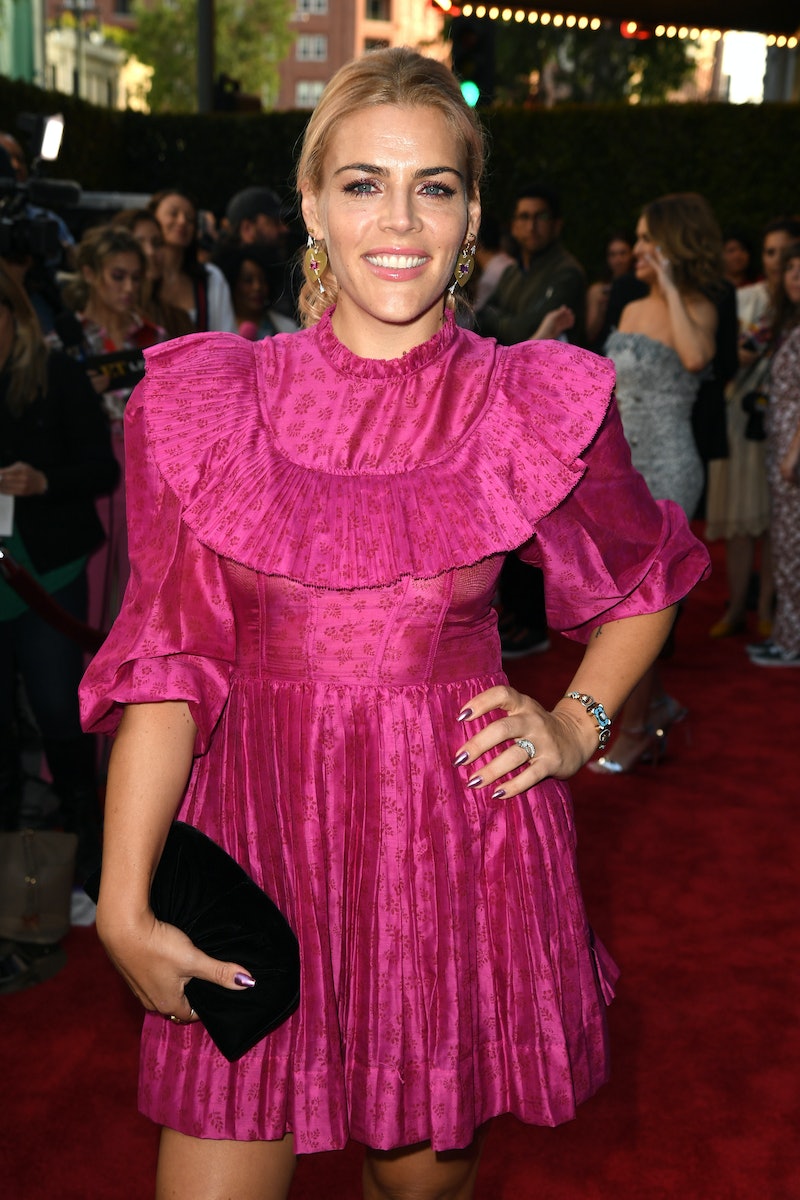 On May 6, Busy Philipps shared some bittersweet news. She tweeted that her late night talk show, Busy Tonight, won't be returning for Season 2, but that she hopes to find a way for it to continue on another network. "Hey guys. Just wanted to let you know my show Busy Tonight won't be continuing on the E network after May 16," she wrote. "I'm beyond proud of what we've built in such a short period of time and I'm hopeful we can find the right place for the show to live on. Goodnight you guys. I love you."

Since sharing that tweet, Philipps has become even more vulnerable and open with her audience, as it may be her last opportunity to do so on the Busy Tonight platform. During the May 7 episode of her show, following the announcement of Georgia's restrictive new abortion law, she got candid about her own experience with abortion.

"I had an abortion when I was 15 years old and I'm telling you this because I'm genuinely really scared for women and girls all over the country," Philipps said. "Is that a hard left turn? Yeah, it is. Is it kind of jarring? Yes, it is also kind of jarring. But guess what? That's what being a f*cking woman is. Having a regular Tuesday and then suddenly being reminded that people are trying to police your body. And then you just have to go back to work."

After making those two significant announcements in the span of two days, Philipps, received a lot of feedback on social media. But in an interview with Variety's TV Take podcast, she said the response was surprisingly positive.

"I've been overwhelmed by the response in the last 24 hours, and certainly online, by the support, because I was ready for all the other stuff," Philipps said. "And certainly, there have been some people that have, whatever, called me names on Instagram. But it really doesn't even affect me — it's so interesting. But the support has been overwhelmingly positive.”

She also shared how it felt to learn her show had been canceled. "I landed in Dallas and got a text from my manager saying, 'Let me know when you're in the car,' which was strange because it was a Friday night," she said on the podcast. "I didn't know what it was going to be and then she said, 'I'm sorry Bus, there's no good way to tell you this. But they're not going to continue with the show.' And I was devastated, and also I felt a little bit like the rug had been pulled out from underneath me."

However, work and tequila helped to lessen the sting. "I ordered a tequila when I got to the hotel and I shot a music video in my room," Philips continued. "And then I went to bed and woke up the next morning and worked all day and the day after that.”

Although she's hopeful that Busy Tonight will find a new home, Philipps is trying not to get her hopes up. Moving to a streaming service may seem like the next natural step, but after Hulu canceled Sarah Silverman's I Love You, America and Chelsea Handler walked away from her Netflix talk show, Chelsea, Philipps isn't sure that will pan out.

"Some of the bigger streaming services feel as though they took a swing at a topical talk show and it didn't work out for them, and so they're a little bit gun shy about it," she told Variety. "And so that's frustrating, because I think again, the swings that they were taking were very similar swings to other cable networks and other shows that were on. And I think that our show is just wholly different."

Thankfully, in today's age of social media, there are plenty of ways for Philipps to convey the messages she cares about. However, in a late night TV world full of male hosts, a show like hers definitely deserves a seat at the table.

More like this
Kathy Hilton May Not Return To 'RHOBH' — At Least Not Full Time
By Jake Viswanath
9 Movies & TV Shows That Prove Stanley Tucci Elevates Everything He’s In
By Jake Viswanath and Radhika Menon
The Real Housewives Of Potomac Break Down The Season 7 Premiere
By Jake Viswanath
Everything To Know About Taylor Swift’s 10th Studio Album, 'Midnights'
By Grace Wehniainen and Jake Viswanath
Get Even More From Bustle — Sign Up For The Newsletter