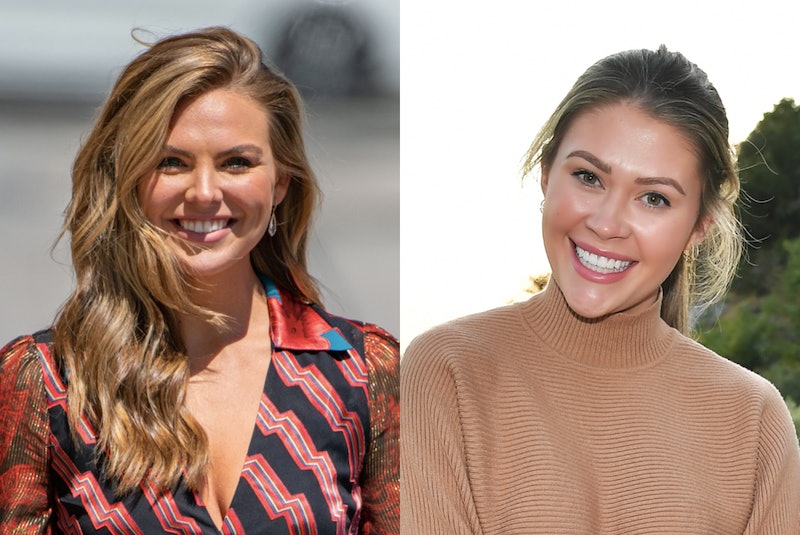 Aside from the love story, there was one plotline that dominated the first half of the last Bachelor season. Caelynn Miller-Keyes and Hannah Brown had a lot of residual tension from their beauty pageant days. However, they squashed their mysterious beef. Now, Caelynn is watching Hannah's Bachelorette season and has some opinions. A lot of opinions, which she shared during Extra's Bachelorette Breakdown on May 21.

They may have had a tough start on The Bachelor, but it seems like things are all good now. Caelynn had nothing but positive things to say about the Alabama native. While they're not best friends, they really are in a good place. Caelynn explained, "We are just supportive of one another. I never think that girls have to force friendships."

In regard to Colton Underwood's Bachelor season specifically, Caelynn reflected,

"Not everyone is going to get along. There were 30 women. Not all of us got along. Hannah and I are an example of that, but we can support one another without tearing each other down now."

She also declared, "We are in a very good space and she's killing it as the Bachelorette." Yes. She. Is.

For the record, Caelynn has no hard feelings about her one-time rival nabbing the lead role. She shared, "I'm very happy for her. I'm watching her and I'm like 'There's no way I could do this.' She's doing such a good job."

Specifically, Caelynn praised Hannah for how she handled Scott on the first night when she found out that he had a girlfriend back home. She remarked, "She did so well." She truly did — Hannah did not mince words. She was assertive and articulate when she schooled the seemingly shady contestant.

Aside from sharing her thoughts on Hannah's performance, Caelynn dished on some of her suitors as well. And, yes, the conversation turned to Luke P., which seems to be a regular thing this season.

Luke P. received Hannah's first impression rose, but he's not exactly beloved among the viewers. Even though Caelynn and Hannah were not best friends on The Bachelor, they did used to be super close since they roomed together during the Miss USA pageant. Caelynn knows Hannah and her preferences very well.

Caelynn shared her first impression before the season even started airing. She recalled, "I remember I saw the guys' photos and I said, 'She's gonna end up with him.' Now, I'm like 'Ummm, maybe not.'" Let's hope not. Unless Luke just has a miraculous story arc and manages to pull off the best redemption in reality TV history.

Still, Caelynn knows how it feels to receive criticism as a cast member on a reality TV show, and she does have some compassion for Luke. The guy is getting a lot of heat from viewers and even some Bachelor alums. Caelynn admitted, "I'm like, 'Guys, don't be too hard on Luke.' But also, 'Luke, what are you doing'?"

Even though Caelynn correctly predicted that Hannah would be drawn to Luke, she ultimately concluded, "I don't think he's the one." But is she right?! We will have to watch and see.