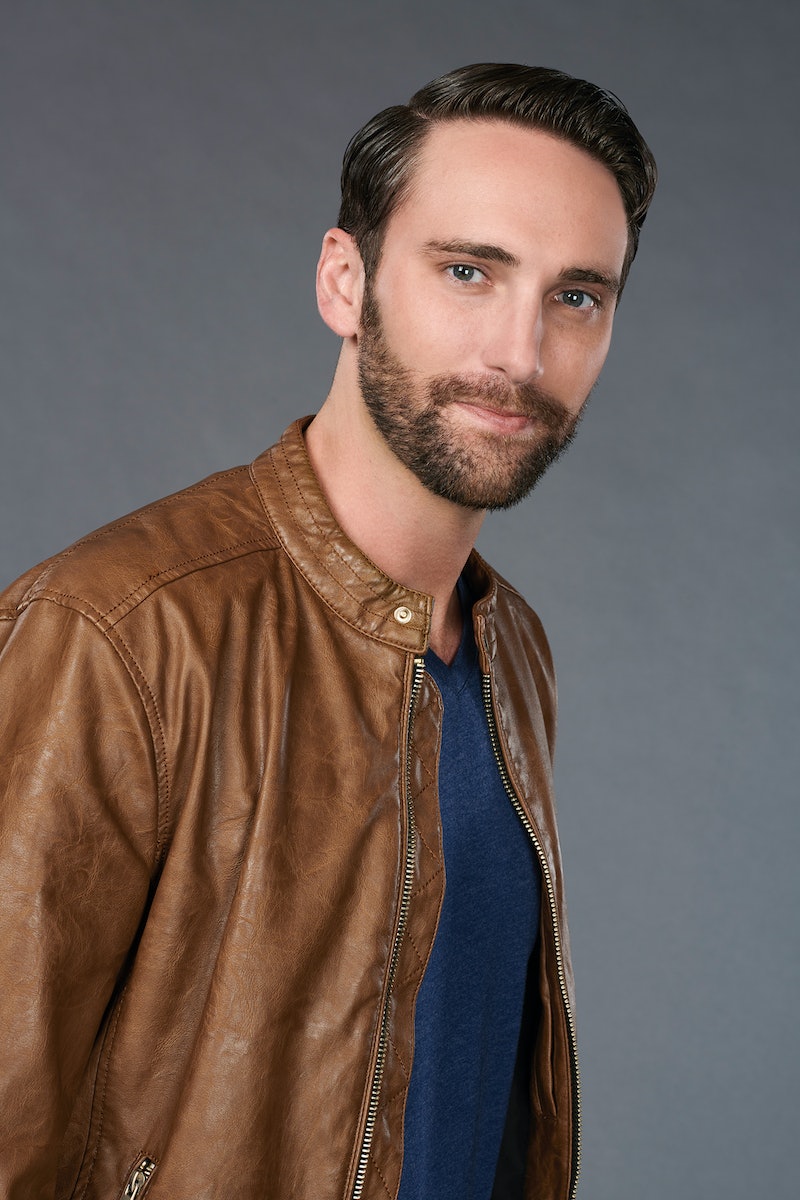 Until Hannah B.'s Bachelorette season gets a few weeks in, keeping track of the 30 men vying for her final rose is going to be a little overwhelming. Fortunately, thanks to her impromptu meet-and-greet during Colton's After the Final Rose episode, we've already met a few of her suitors. In fact, Cam from The Bachelorette already scored a rose. Talk about a leg up on the competition.

You may remember Cam as the guy who delivered an... interesting... rap to Hannah on live television, which led to her later give him an impromptu first impression rose. Does that rose actually count? Or will he be up for elimination like everyone else? No one really knows.

When he's not rapping to total strangers, Cam, works in software sales in Austin, Texas, according to his ABC bio, and has a "competitive personality." The 30-year-old also has given himself the title of "dance floor king," loves The Notebook, plays the harmonica, and says the most important thing he can find in a woman is good dental hygiene.

In the below photo from ABC's website, Cam is approaching Hannah with a microphone, so apparently he's really going for the rapping thing. God help us all.

Cam's Instagram is public, and there's actually a lot we can learn about him there. Some details:

Look at that harmonica action!

He Drinks On Boats!

OK, that's something we can get behind.

He Hangs Out With... Goats?

He's Close With His Family

Cam has quite a few photos with his parents and sister in his feed.

He's Open About His Health Issues

In a post from late last year, Cam went into detail about a condition he deals with every day. In 2002, when he was 12 years old, he was diagnosed with lymphedema. He describes it as an incurable condition which he was told would prevent him from playing sports. He managed the condition with procedures, massages, and compression garments, but has had "episodes" in his knees that were so severe he almost had to have his leg amputated.

"The thought of losing my leg gave me crippling fear and anxiety. How would I ever be able to dance with my future wife, play sports with my future kids, and maintain a healthy lifestyle?" Cam wrote. "As fate would have it, the experts at Boston Children's Hospital performed a diagnostic procedure that saved my leg from being amputated in Dec. 2016."

Whew. That's quite a story, and he came away from it with a great attitude. "NEVER be ashamed of your story, it's yours, and not everyone will understand nor is it your obligation to make them," his caption continues. It's awesome that he's being so open about his health, and that he's stayed so positive throughout what had to be a difficult time.

Despite his cringey first impression, Cam seems like a good egg. And hey, if it makes Hannah smile, perhaps we can forgive all the embarrassing rapping.