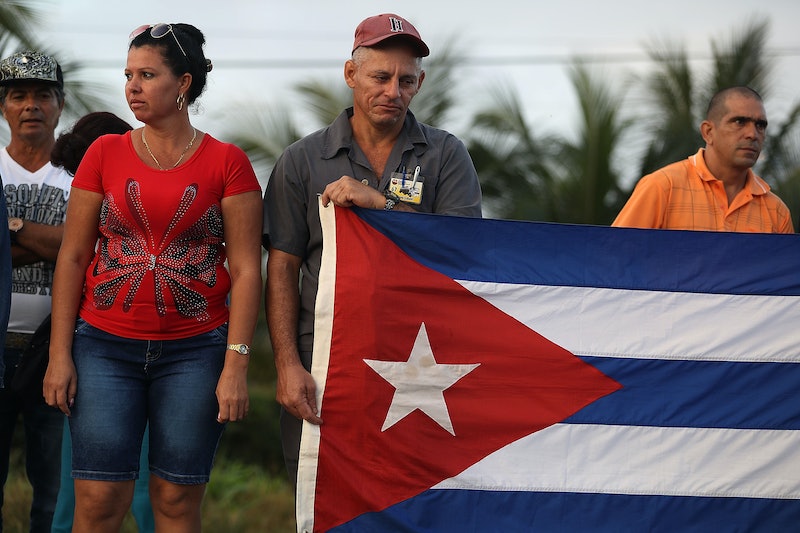 On Wednesday, White House national security adviser John Bolton announced that America was implementing travel restrictions on Cuba, The Miami Herald reported. As far as travel goes, visiting Cuba for purposes other than meeting family members will be restricted under the new sanctions, according to the publication.

In a clip uploaded to Twitter by Politico, Bolton can be heard saying: "The Department of the Treasury will implement further regulatory changes to restrict non-family travel to Cuba ... These new measures will help steer American dollars away from the Cuban regime or its military and security services who control the tourism industry in Cuba." The Miami Herald noted that with these restrictions, companies that provide air travel and cruises to Cuba could be impacted since fewer trips to the country would be made.

The national security adviser delivered his remarks at the Biltmore Hotel in Coral Gables on Wednesday. Apparently, the purpose of these limits on travel, among other things, is to tackle "the disastrous Obama-era policies, and finally end the glamorization of socialism and communism," according to Bolton.

Additionally, Bolton said the new sanctions would serve as "strong warning to all external actors, including Russia" and other countries who have supported Cuba, including Venezuela and Nicaragua.

Traveling to Cuba has been tough for Americans but not impossible. Forbes reported in 2018 that visiting Cuba, in spite of some major restrictions, was still allowed and wasn’t just limited to family visits. Those interested in visiting the country did have to fall into one of the 12 categories specified by the State Department, which included educational visits, research trips, people-to-people purposes, and a few others.

According to The Washington Post, Bolton said that the Trump administration would also place stricter limits on the amount of finances Cuban Americans want to send to their families in Cuba. These limitations could create problems for Cuban Americans who wish to send remittances to family back in the island nation. In terms of cold and hard currency, people can expect their remittances to be cut at $1,000, according to The Miami Herald.

These new restrictions seem to be near reversals of what Obama spoke of in 2014. In an attempt to improve bilateral relations between the United States and Cuba, Obama said of his administration: "We lifted restrictions for Cuban Americans to travel and send remittances to their families in Cuba."

It seems as if the former president was aware of the potential backlash his announcement would have. "These changes, once controversial, now seem obvious," Obama said in 2014. "Cuban Americans have been reunited with their families, and are the best possible ambassadors for our values."

The potential repercussions of these new sanctions remain to be seen but they could be pervasive based on the number of Cubans in America. According to The Pew Research Center in 2017, there were "two million Hispanics of Cuban ancestry" in the United States while The Guardian reported that the majority of Cuban Americans live in Miami, Florida.

While there are those who support the Trump administration's stricter limits on Cuban travel and remittances, there are others who have decried the move as counterproductive. National Security Council's former Western Hemisphere director, Mark Feierstein, tweeted on Wednesday: "As Bolton delivers speech in Miami today on Cuba, it's useful to keep in mind that according to public opinion polls, most Cuban-Americans approve the measures taken by the Obama Administration to support the Cuban people."

"The National Security Council is out of step with majority opinion in Miami," he added.