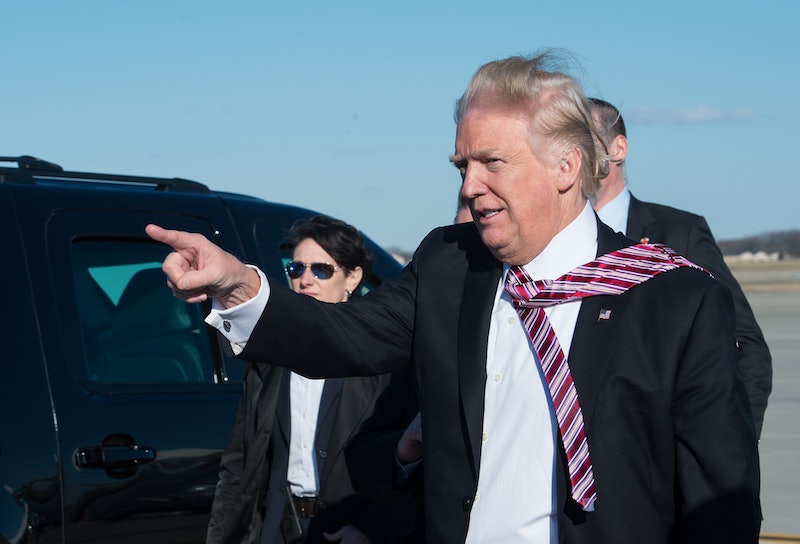 Since being sworn in as president last week, Donald Trump has signed many executive actions. His flurry of activity has included making potentially enormous changes to immigration policy, the Affordable Care Act, access to women's healthcare abroad, environmental and energy policy, and numerous other fields. With all of these actions courting massive controversy and largely rejecting much of President Obama's agenda, it's one of the most tumultuous transitions of power in recent memory.

The past few days has prompted many who don't support the new president to wonder: Is there anything that can be done to fight this? Can Trump's executive orders be stopped? There are several ways they can be, but none of them is easy for those dismayed by Trump's new actions.

Firstly, just as any president can make any executive action, any president can rescind previously issued ones. The "Mexico City Policy" banning funds from organizations that provide abortions or information about accessing abortions abroad has been a political football thrown around for the past few administrations. Republican presidents since Reagan have implemented it, while Democrats have rolled it back. So Trump could undo any of his own executive orders if he pleases, and whatever successor we end up with could do the same.

But Trump is probably not going to just go and undo things he just did, and unless something very unexpected (and what in politics recently hasn't been unexpected) happens, there won't be a new president to undo them for at least four years.

For the most part, executive orders carry less weight than laws enacted by Congress. So if Congress passed a law that directly refuted a Trump order, the executive order would be nullified. The problem, though, is that any president would probably veto a law that blocked their order. It would take a supermajority in both houses of Congress to overrule a presidential veto — not common, but not impossible. For example, if Trump goes ahead with a potential order reinstating torture and CIA detention facilities, it might be the kind of order that gets bipartisan members of Congress to vote to overrule it.

However, even if Congress doesn't directly block an order, it can often stop it from being implemented. Congress controls the power of appropriating funds, and many other things that can affect implementation. For instance, one of Obama's very first executive orders, calling for the closure of Guantanamo Bay prison, is still unfulfilled because Congress prevented inmates there from being relocated to inside the United States. Congress could easily stop the wall by refusing to pay for it.

But the most likely way for an executive order to be stopped is for it to be struck down by the courts. Such a situation may occur because the order itself is found to be unconstitutional — if the action itself violates the constitution — or if it is based on authority the president does not have. The latter situation was a long fight for Obama over his executive orders preventing children and their parents from being deported.

A similar fight may be facing Trump on his orders. Some legal scholars are already taking aim at his goal of defunding "sanctuary cities." But legal fights take time, and could very well go the other way. The power of the president is vast, and it takes real effort to roll it back.