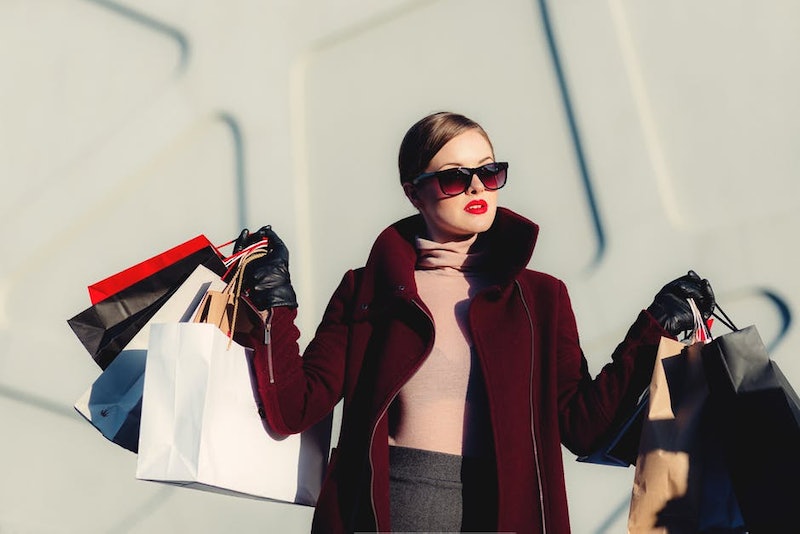 It’s a question for the ages: Can money buy happiness? Common knowledge says that it can’t — but according to science, it can if you spend it on the right things. A new study out of the University of British Columbia and Harvard Business School suggests that if we spend our money on things that save us time, our general sense of well-being is a lot better. Maybe this explains why you’re so reluctant to break your Seamless habit, even though you keep telling yourself that this will be the last time you get sushi this week.

The study, which was published in the Proceedings of the National Academy of Sciences in the United States of America(and available to read online for free!), consisted of two parts: A survey, and a field experiment. For the survey, the researchers recruited 6,000 participants in the United States, Denmark, Canada, and the Netherlands via Amazon’s Mechanical Turk program and had them answer questions on whether they spent on a monthly basis “paying someone else to complete unenjoyable tasks” — and if so, how much they spent on this kind of payment per month. Participants also provided information about their annual household income, how many hours they work per week, their age, their marital status, and how many children they have living at home — and, perhaps most importantly, rated their life satisfaction. Lastly, the participants from Denmark and Canada answered questions that allowed the research to measure how they felt about time-related stress and test whether “buying time” helped lower these stress levels.

The survey results found that across each of the samples, the people who spent money on things that bought them time reported having higher life satisfaction; what’s more, the results also suggested that spending money on things that buy time can help lessen the impact of time-relateds tress. Meanwhile, the field experiment found that participants who spent their money on a time-saving purchase reported feeling more positive and less affected by time stress during their 5 p.m. phone call.

The results held true across income levels, too — from us regular Schmoes to millionaires. Said senior study author Elizabeth Dunn of the University of British Columbia in a press release, “The benefits of buying time aren’t just for wealthy people. We thought the effects might only hold up for people with quite a bit of disposable income, but to our surprise, we found the same effects across the income spectrum.”

The study’s results fly somewhat in the face of a common piece of financial advice: That we should spend money on experiences, not things. I say “somewhat” because technically, a service that saves you money isn’t necessarily a “thing”; a cleaning service, takeout, a TaskRabbit worker who runs your errands for you, and so on and so forth aren’t objects. (I mean, yeah, pizza is an object, but the people who made it and delivered it to your door certainly aren’t.) But when we advise people to spend their money on experiences, we usually mean experiences for yourself — a trip, a class, an unforgettable restaurant, stuff like that. However, money-saving services aren’t really something you, the purchaser, experience.

But I would argue that the two pieces of advice aren’t unconnected: Spending money on things that take care of “unenjoyable tasks” frees up your time so you can do the things you do enjoy — that is, so that you can have all those other experiences, the ones you do for yourself. Makes sense, right?

The key, of course, is balance. If you never spend money on things that save you time, you're much more susceptible to time-related stress; however, if you basically live your life by having other people take care of everything for you, you start to feel a little bit useless. Said lead study author Ashley Whillans of Harvard Business School, according to Mic:

“We do see that people who spend basically no money on time-saving services and people who spend a ton of money on time-saving services expose the lowest feelings of well-being. We think it’s that if you look at your behavior and think, ‘Wow, my life is so out of control I can’t do basic things like laundry,’ then you’re not getting that sense of control.”

Which, in fact, lines up with what other studies have found about how we feel about money and happiness — namely, one from 2010 that found that having more money can make us happier, but only up to a certain point. This study, which was conducted by researchers at Princeton University, found that generally, our satisfaction increases along with our income until we reach $75,000 per year; after that, however, our happiness levels plateau, no matter how much more we make.

Weirdly, though, people don’t often choose to spend their money on things that save them time. In an op-ed about their study published in the Los Angeles Times, the study authors noted that about half of the hundreds of millionaires in the Netherlands they surveyed said they typically did not spend any money on time-saving purchases each month; what’s more, when they asked 98 working Canadian adults how they’d spend an extra $40, a mere two percent — two percent! — said they’d spend it on things that would save them time. “Many said they would buy pleasurable experiences, such as going to the ballet, and about half said they would use some of the money to benefit others, to treat a friend to a movie, for example,” the researchers wrote. “While research shows that these are also good ways of turning money into happiness, the two percent figure suggests that buying time is an overlooked route to better well-being.”

I do, however, definitely understand where the adults who said they’d spend an extra $40 on something like going to the ballet are coming from: When you’re on a tight budget, spending money you hadn’t counted on having on a luxury you wouldn’t otherwise buy can be an effective form of self-care. If you’re good at handling your money, you’ll probably have all your necessaries taken care of even if your budget accounts for every last penny; what you may not typically have the funds for, though, is things that cost money that are fun. I’ve been there; it can feel like a breath of fresh air when, thanks to a windfall, you can unexpectedly afford to take yourself to a movie, or a play, or a museum, or anything else that strikes your fancy. These, too, can be effective stress relievers — and that, as they say, isn’t nothing.

Ultimately, it all comes down to the thing it always does: You do you. If you have the means to do so, though, it might be worth experimenting with spending some of your budget every month on something that saves you time — if you usually cook a lot but kind of hate it, maybe you get takeout one night a week; if you would rather spend the time you use to clean your home on something else, have a cleaning service come in every so often; and so on and so forth. Take stock of how happy you feel when you have those hours free to use as you please instead of taking care of chores. Do you generally feel happier with those tasks taken care of? If you don’t, that’s A-OK, of course; if you do, though, maybe it’s time to rethink your monthly budget. If time is money, it might just be worth it.

More like this
Wondermind Just Launched A Site That's All About Supporting Mental Health
By Carolyn Steber
The Spiritual Meaning Of Angel Number 000, Explained
By Kristine Fellizar
It's A Pleasure #53: Help! My Boyfriend Won't Tell Me Why He Stopped Going Down On Me
By Sophia Benoit
10 Stranger Things-Inspired Halloween Costumes For True Fans
By Emma Carey
Get Even More From Bustle — Sign Up For The Newsletter