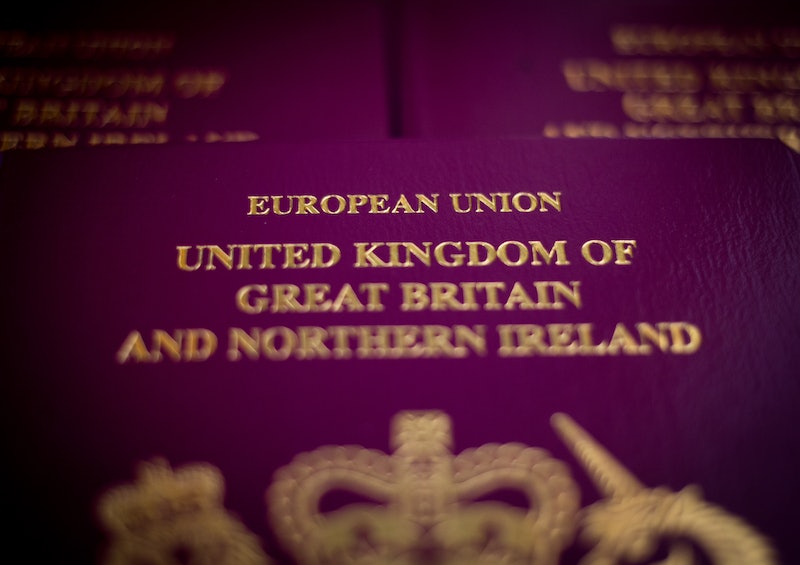 Nevada has now become the 10th state in America to allow non-binary people to self-identify on IDs. This means non-binary, transgender, and intersex people can get an "X" identifier on their driver's licenses and state identification documents, as NBC News reports. The changes came after the organisation Transgender Allies Group put pressure on the department of motor vehicles to update their policies so they could be more inclusive for non-binary people.

But can non-binary people in the UK apply for different IDs on legal documents? Sadly, this hasn't happened in the UK quite yet, but campaigners have been fighting for gender-neutral options for passports. In 2018, the High Court refused a bid that would allow "X" markers on UK passports. According to the BBC, campaigner Christie Elan-Cane, has been fighting for this change since 1995 and said people outside of the gender binary were being "denied civil rights."

For people who identify outside of the binary of "man" or "woman", it is extremely difficult to legitimise yourself in the eyes of the law. For that reason activist and writer Jamie Windust started a petition in February to allow people to identity outside of just "male" or female" on legal identification. The petition description reads, "Non-binary people in the UK are currently unable to identify on legal documentation that their gender is neither male or female. We want to apply pressure on the UK Government to allow non-binary, gender non-conforming, gender-fluid and intersex people the right to self-identify."

The government has officially responded to the petition, writing: "The Government recognises that an increasing number of people identify as non-binary. We will commission a Call for Evidence and will use the results to feed into future policy decisions." Here's hoping this leads to concrete change.

In an interview with the Independent, Windust expressed how security can be a daunting experience for those who sit outside of the binary. "Heels, makeup, earrings, and painted nails are a staple of my everyday look, and in scenarios such as border control and airport security, when I am presenting this way but my passport only allows me to identify as ‘male’ I can be seen as suspicious," he told the publication. Changes to IDs similar to those in Nevada could stop non-binary people feeling like suspects at border control. Passports also last from five to ten years, so the prospect of having to be misgendered for such a long period of time is unfair.

Some companies in the UK have already taken the lead in being more inclusive for all genders. HSBC Bank are helping by allowing their customers to identify as "Mx", an honorific which isn't aligned with any specific gender.

In 2018, the National Assembly For Wales was voted as the leading employer for LGBTQIA+ people by Stonewall. The Welsh Government has implemented inclusive policies like their Transitioning at Work policy and guidance on supporting non-binary people. Lloyds Bank, meanwhile, have an official partnership with trans youth charity Mermaids. All of these companies are helping to legitimise non-binary, transgender, and intersex people — but it's now time for the government to follow suit.

Hopefully Jamie Windust's petition will spark much needed change and force the government to rethink how non-binary people are able to identify on their passports and driver's licenses. This move would be really validating for people who live outside the binary. It would also be an acknowledgement from the government of the existence of non-binary people in a legal setting.