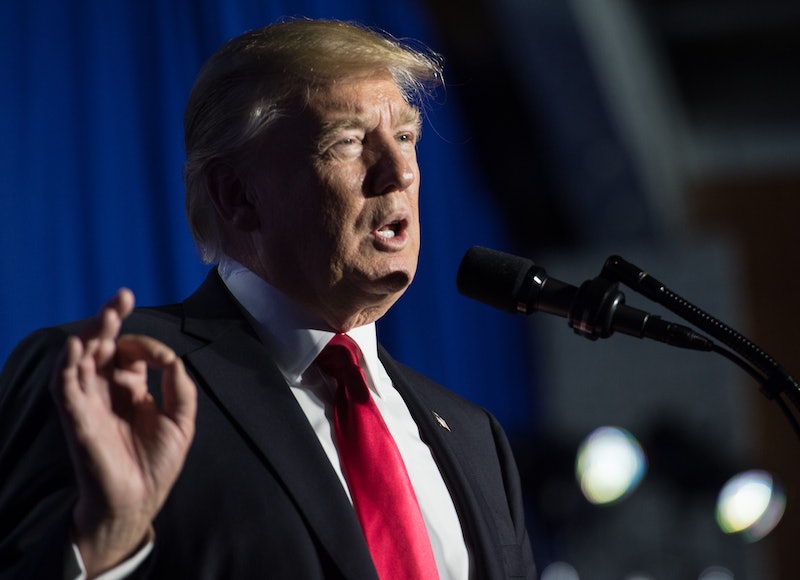 As millions of Americans disappointed by the election of President Trump come to grips with reality, the new POTUS has not done a whole lot to help ease the transition to acceptance. As of Thursday morning, he has signed 12 executive orders and memoranda, many of which were immediately met with harsh criticism from political opposition. He signed an order to speed up the approval for the Dakota Access and Keystone pipelines. He signed an order for federal agencies to waive Obamacare obligations. He signed an order that it is now U.S. policy to build a wall (er, "large physical barrier") across the southern border. These moves are not popular with most on the left, to put it mildly. So many will probably be overjoyed to hear that the next president can indeed overturn Trump's executive orders.

Trump has already demonstrated this successor's power to undo the policies of the previous president. The Mexico City policy just reinstated by Trump (it bans federal dollars from going to international agencies that perform or advocate for abortion) was written out of U.S. policy by an executive order from President Obama. In fact, this particular policy, which began in 1984 by President Reagan, has gone back and forth through five administrations now.

Should a Democrat follow Trump into the Oval Office, it's a good bet that the Mexico City policy will be rejected via executive order.

Executive orders are perhaps best conceived of as laws that stay in effect as long as that president remains in office. Ergo, they are not as lasting, nor as far-reaching, as legislation passed through Congress. In a recent example, Obama issued DACA (Deferred Action for Childhood Arrivals) as a way to circumvent the lack of congressional progress in addressing undocumented immigrants who were brought to America as children. That executive order, which protected those who qualified from deportation, could theoretically be overturned by Trump. However, his spokesman Sean Spicer recently indicated that rescinding DACA is not one of Trump's priorities.

Historically, all presidents (including George Washington) have used executive orders. Some are more prolific than others. Two-term presidents from recent history fall within close range of each other: Ronald Reagan (381), Bill Clinton (364), George W. Bush (291), and Barack Obama (277). By far the most happy with the executive order pen was Franklin Delano Roosevelt. Over the course of his 12 (!) years as POTUS, Roosevelt issued an astounding 3,721 executive orders.

The good news for anyone dismayed by the power of executive orders is that their implementation starts and stops with the current holder of the Oval Office.