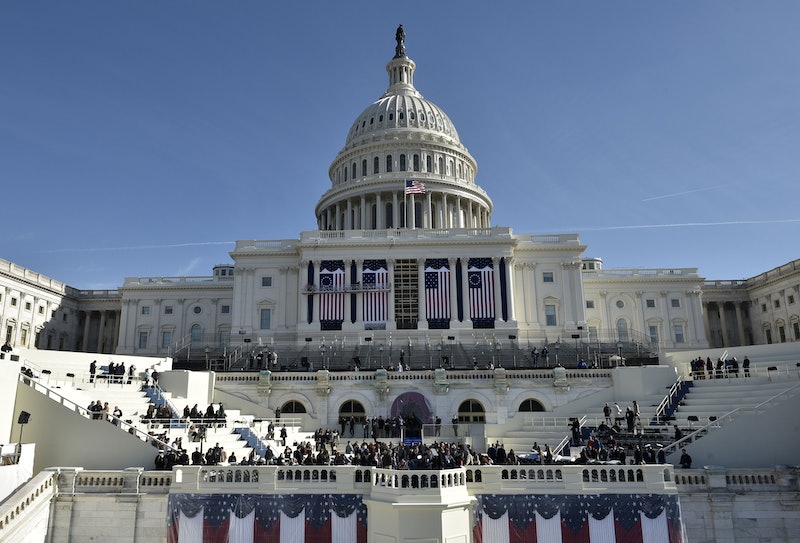 On Friday, Jan. 20, President-elect Donald Trump will be sworn in as our next president. But just one day after the inauguration ― which is reportedly expected to be under-attended relative to past inaugurations ― there's a big protest rally planned, a show of solidarity among those who oppose Trump and who support women's rights. And when it's protest time, signage will always be a hot topic. So can you buy a sign at the Women's March on Washington?

It's a sensible question for anyone who wants to take part in a unified message or send an overt statement, but who also doesn't have a ton of confidence in their own artistic skills. Not everyone's an ace at graphic design, after all, but everyone ought to be able to have a nice-looking sign.

But in movement demonstrations like these, the more traditional (and arguably more effective) way to get your message across is to make your own sign. The simple fact is that homemade and unique signs display individual passion and investment in a cause, whereas a bunch of people waving identical signs they just bought from a vendor doesn't project quite the same grassroots energy. That's not to say there's any shame in going with something pre-produced, but if you have any creative flair, why not go for it?

That said, even if you want to print out a slick looking design, you still don't need to spend anything on it. Thanks to the the Amplifier Foundation, which held a public call for art marking the occasion, there are five crisp, high-definition poster designs that you can download for free and print out.

According to the Amplifier Foundation's website, there will also be at least 30,000 such posters handed out free of charge at various distribution points around the city, although given that crowd estimates are numbering in the hundreds of thousands, they could go quickly. The website says that a "map of pick up points will follow over the coming week," so be sure to check back regularly to find out where you can snag one.

It's worth noting that there are some very basic rules on the Women's March on Washington's website regarding signs and banners at the event ― namely, no wooden sign posts.

In short, if you have access to a printer up to the task, you could easily whip one of these up for yourself. Or, barring that, you could come up with your own slogan. It's entirely possible that there will be private vendors selling merchandise when you get there, sure, but as it stands now, there are a number of alternatives to actually shelling out cash. That said, if you see a vendor at the march selling something you really like, there's no harm in doing so.