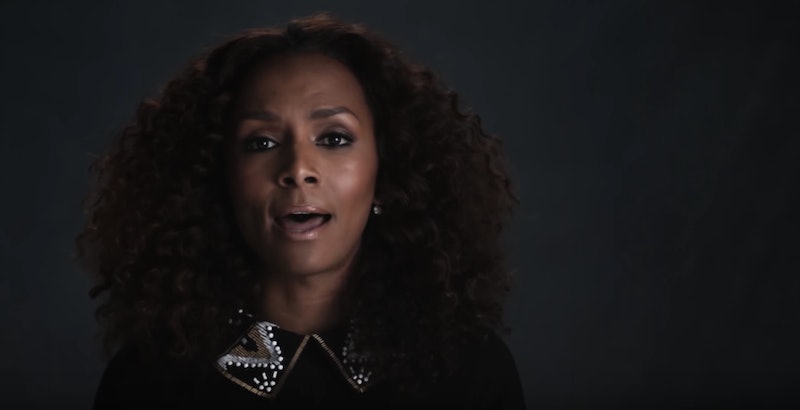 A new star-studded PSA from the group Humanity for Progress is urging Congressional representatives to block discriminatory policies set forth by Donald Trump's imminent administration. Formerly known as Humanity for Hillary before the election, the video highlights the harm already done since Trump's Electoral College win and orders Congress to protect the socially marginalized through policy. "We demand that you block nominees who threaten the rights of women, the LGBT community, people of color, immigrants and the poor," the celebrities — including Sally Fields, Jeffery Wright, Steve Buscemi, Keegan-Michael Key, and Janet Mock — collectively stated as their primary purpose in the video.

As powerful and affirming as the video is, this election cycle has demonstrated the ultimate ineffectiveness of celebrity endorsements in the political arena. Beyoncé, arguably the most famous and influential celebrity in the country, performed for Hillary Clinton in Ohio, and the state still went to Donald Trump on Election Day.

The video won't work unless people get behind it, and Trump supporters still believe that he is going to make the country great again, whatever that means to them subjectively. It doesn't seem like anything can dissuade them from that notion until one of his actions directly and negatively impacts their own lives.

The Republican majority in Congress has also shown delight in the prospect of a Trump presidency, utilizing the populist wave to push increasingly conservative agendas on healthcare and reproductive rights. There isn't 100 percent cohesion between Trump's policies and Congressional Republicans', and Trump's relationship with Speaker of the House/de facto party leader Paul Ryan could actually end up being more contentious than even Obama's due to their deep disagreement on the civility required in the political sphere. However, no politician, and particularly the young, ambitious Ryan, is going to sacrifice his political legacy to stonewall a president of his own party.

It's comforting to see cultural leaders taking strong stances on political issues, particularly in this current climate where every voice against Trump is vital. Yet the video can't erase the feeling that it's simply too little too late. Nothing, bar theoretical prosecution for his charity foundation's allegedly illegal activities, can change the fact that Trump will be president come Jan. 20.

Nothing can change the fact that Congress is majority Republican and won't risk being remembered as the Congress that gave up on its ideology, even if it ultimately made the country better off. Save for drastic and unprecedented action, the only change coming is in two years, when Americans head to the midterm elections in November 2018. Until then, videos like these can only raise awareness, keep moral strong, and inspire people to political revolution.