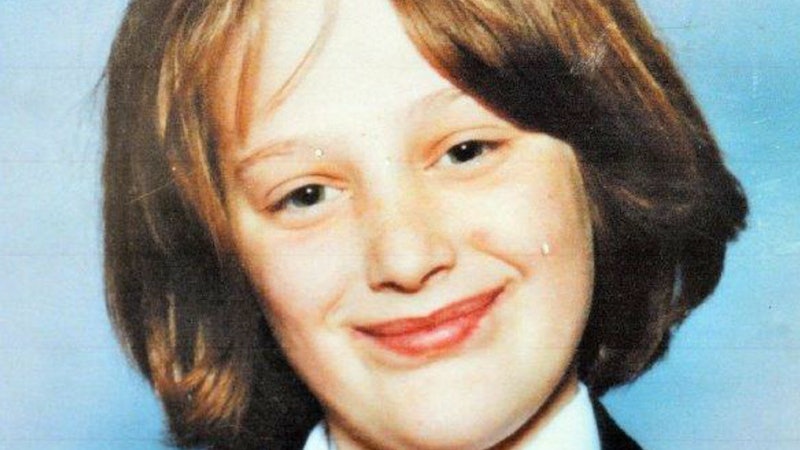 In a new three-part documentary series produced by Channel 5 and VICE Studios, The Murder Of Charlene Downes will explore the unsolved disappearance of the then 14-year-old in 2003, and the subsequent murder investigation that followed. Charlene went missing on Nov. 3, two years after she and her family moved to Blackpool from the West Midlands. In a statement sent to Bustle, a rep for the documentary said that the broadcaster "has gained unprecedented access to one of the previous suspects, the family and friends, the police, case lawyers and other key players in the case of missing, and presumed murdered, teenager Charlene Downes." According to the statement, the series "also aims to understand why the investigation into the case failed and tries to unearth new evidence into her disappearance, to find out who may have been responsible."

Following a day out and about in Blackpool with her sister, Charlene told her mum at 7.15 p.m. that she was heading back out to meet up with some friends, as The Sun reports. The teen was last seen by friends as they parted "company near Talbot Road/Abingdon Street around 11pm" as detailed in the campaign for her disappearance and death via Lancashire Constabulary.

According to The Sun, Charlene's disappearance was initially treated as a runaway case, "but it was later revealed she had been a victim of sexual abuse near the location where she was last seen." In 2006, Lancashire Constabulary began treating the case as a murder inquiry and proceeded to arrest a man and an accomplice in conjunction with the crime. As the Guardian reports, the pair were formally cleared of any wrong doing, adding that they received "compensation for false imprisonment." Notably, as the BBC reports, the acquittal was based on "grave doubts" around the reliability of evidence obtained via covert means.

Another man was arrested in August 2017 in connection to Charlene's disappearance, as BBC reports. He was released two days later but still remains under investigation by Lancashire Constabulary as detailed in their campaign.

In 2016, the only CCTV footage of Charlene on the day she went missing was released on the 13th anniversary of her disappearance. This was met with some controversy, as the tape had been "unnoticed on police shelves for 13 years," which the police allegedly claimed was "not a breach of investigative duty" according to The Sun.

As the BBC reports, Charlene's mother Karen indicated in 2017 that she planned to take legal action against Lancashire Constabulary after the discovery of the tape. "We have suffered all these years not knowing where she is," the BBC reports Karen as saying in 2017. "It is not about the money. I want to force the police to do their job. If I got money I would get something for Charlene like a memorial." Lancashire Police declined to comment to the BBC at the time of the report. Bustle reached out to them for comment in 2019, and they directed us to the Lancashire Police page on the case.

Tyne Yates, who is featured in the documentary, was a friend of Charlene's and was 12-years-old at the time of her disappearance. She recently spoke with The Sun of her experiences in Blackpool, which involved being sold for sex by her mother. "It torments me knowing that I probably know her killers," Yates said. "When I look into the eyes of some of the men that prowls the streets preying on vulnerable young girls, I can't help but wonder if one of them was the last face that she ever saw. Something horrible happened to her and it could have easily been me."

"Sometimes I still get scared when I think about what happened to Charlene. I hope one day the mystery will be solved, Karen and her family can have some justice and my beautiful friend, Charlene will finally be at peace."

The first episode The Murder Of Charlene Downes airs tonight (May 21) at 9 p.m., and will air consecutively until Thursday (May 23).

More like this
After The Bling Ring, Nick Prugo Was Embroiled In Another Scandal
By Arya Roshanian
'Line Of Duty’s Jed Mercurio Has A New Crime Drama In The Works
By El Hunt
What Reporting On The UK’s Most Prolific Cyber Stalker Taught Me
By Sirin Kale
Wait, Is Maya Jama Confirmed To Host 'Love Island'?
By Sophie McEvoy
Get The Very Best Of Bustle/UK