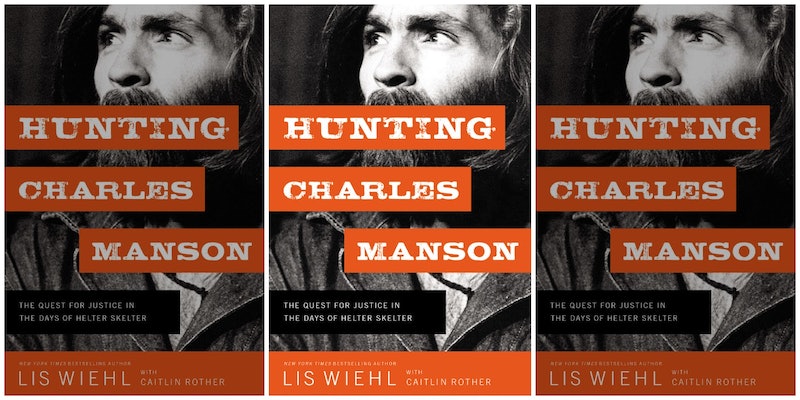 “Do you love me enough?”

These may sound like the heartfelt questions of a lovelorn teen asking for assurances from the object of his affections. But these were some of the questions used by Charles Manson to manipulate young women — referred to as the 'girls' — into joining and staying with his “Family” in the Summer of 1969.

Compare these questions to those asked on the website of Keith Raniere, founder of Nxivm and ring-leader of an alleged sex-trafficking cult. “Humans can be noble,” he says. “The question is: will we put forth what is necessary?” We like to think Manson is a bogeyman from a distant past, one whose horror could never be repeated in our more clear-minded age. The truth, however, is altogether more unsettling.

Charles Manson recruited young women, one at a time, as soon as he was paroled from federal prison in the March of 1967. Driving a bus from L.A. to the Bay Area, he picked up a young librarian, a teenage girl, an insurance clerk, and a dancer on the drive north. Manson made each one of these young women feel special. In less than a year, he’d lured a small group of women, ranging in age from mid-teens to early twenties, into sharing his philosophy and his nomadic life up and down the Pacific coast as he tried to break into the music scene in Los Angeles. They, in turn, spread his word to others until he had a flock of followers.

Charles Manson could project an aura of peace and non-violence, drawing in young people with talk of a communal lifestyle based on making love, playing music, and escaping materialism. He seemed so wise, so all knowing. The young people who followed him, some of whom sought a higher meaning in life, gladly accepted the new names he gave them as a way to shed their inhibitions and former selves. They saw “Charlie” as their guru, even a Christ-like figure. He called himself “the Infinite Soul,” or “the Soul” for short, so they did too.

They joined Manson and lived in Spahn Ranch, where they took care of horses for trail riders and scrounged for food by day, and sat on the floor and ate communal meals and passed joints at night. For a time, a certain rhythm developed at Spahn as people drifted in to the group.

And young women from celebrity households got mixed up with Manson’s crew — Deirdre Shaw, the daughter of actress Angela Lansbury lingered on the periphery of the Family before her parents were able to get her away. But most of them stayed. Why?

From my research, it seems that at first they stayed because they felt accepted, loved to a certain extent, and part of something special and bigger than themselves. Many felt that their parents didn’t understand them. Ranging in age from mid-teens to mid-twenties, the people in this hippie commune all seemed so welcoming — they seemed like good, hopeful folks. Manson touted himself as an anti-establishment guru, and his whole gig was about peace, love, and music. What could be harmful about that?

Four decades later, Keith Raniere’s began espousing teachings that were eerily similar, harping on the “Exploration of Meaning,” and letting go of your past, learning to embrace joy and free love. Raniere, like Manson before him, promised healing through freedom from the past, sex in the here and now, and obedience to an all-knowing leader. And just as Manson’s teaching drew in people from celebrity circles such as Beach Boy Dennis Wilson and the aforementioned Deirdre Shaw, Raniere counted Allison Mack of Smallville and India Oxenberg, daughter of Dynasty actress Catherine Oxenberg, among those under his influence.

Members of the Manson Family were told to let go of their worldly goods and to cast off all their inhibitions. They were asked to contribute whatever of value they could get — clothing, cash, or their parents’ credit cards — which were used to buy gas and other items Manson's said they needed. If they had nothing to give, they were told to procure items by borrowing or stealing from friends, family, or strangers.

The rules governing family life could change in an instant, on Manson's whim, but some remained constant: he allowed no clocks or watches on the ranch, and although there was a TV in one of the trailers he did not want anyone reading newspapers. He also discouraged communication with relatives. He wanted his followers isolated, free of the materialistic, bureaucratic, and chemically hygienic way of mainstream society, so he could reshape them. They even had to give up their birthdays.

As spring turned to summer in 1969, a darkness steeped in paranoia seemed to settle over Spahn Ranch. Leaving the Family was now no longer an option. Manson’s focus was now on “Helter Skelter” and the revolution that was forthcoming. Meanwhile, he grew more violent with the girls, even during “lovemaking.” When they did or said something he didn’t like, he beat them or threatened them with knives, or forced them to have sex with multiple partners.

All the programming sessions and talk of revolution began to wear down some Family members, one of whom, Leslie Van Houten told Manson she wanted to leave. He drove her straight to the edge of a cliff in a dune buggy and said, “If you want to leave, you may as well jump.” She stayed, and went on to participate in gruesome murders later that summer.

Manson died recently, so he can’t bring any more young people into his "family." But, his playbook is alive and strong today.

Raniere’s approach in enticing young people into NXIVM appears to be similar to Manson’s techniques for bringing young people to Spahn Ranch, by promising peace and love and "empowerment." And then, once the women were inside, Raniere did just as Manson did: he got mean — hitting, branding, and scaring them into not leaving.

When his captives were worn down by constant manipulation, Manson ordered them to “Baaa” like sheep, their degradation taking them one more step toward complete subservience in his demented mind. I will not be surprised to hear similar recollections from witnesses when Raniere goes to trial later this year.

Studying evil provides us our best chance of knowing it and then fighting it. By studying the Manson playbook, we have a better chance of stopping another Manson wannabe in his tracks. This is why I wrote Hunting Charles Manson. The book appears too late to help those manipulated and abused by Keith Raniere, but if we apply the lessons Manson teaches us perhaps we can stop the next would-be Manson from succeeding.

Lis Wiehl is one of the nation’s most prominent trial lawyers and highly regarded legal commentators. Lis is the author of Hunting Charles Manson and is a host on the Law & Crime live trial network. She is also the host the podcast Pursuit of Justice with Lis Wiehl.