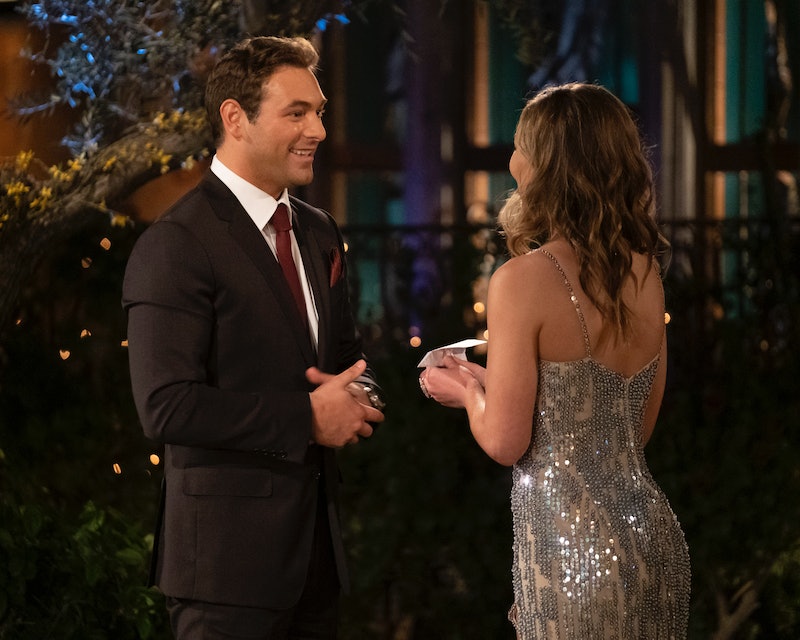 Every season, 30 men embark on The Bachelorette journey, but only one walks out of the experience with an engagement. This should be an exciting season, as Hannah Brown takes on the role of Bachelorette. Given her performance at Colton's After The Final Rose special, she seems ready and excited to meet her men. One contestant in particular has caught fans attention, although Chasen from The Bachelorette is still sort of a mystery. He's kept a low profile leading up to the premiere, at least.

That's kind of rare these days, since social media doesn't really allow people to hide from their friends and family online — especially from Bachelor Nation. As soon as the cast lists and bios for The Bachelor and Bachelorette are announced, millions of fans troll the internet for information and spoilers about the contestants that will vie for the heart of the Bachelor or the Bachelorette. But Chasen, who has a private Instagram, doesn't have much on him that's readily available for us to consume.

His Instagram bio says that he's a commercial airline pilot and an open-water diver, but you need to request to follow to learn anything else about his life. The guy is probably already inundated with Bachelorette fans who want to slide into his DMs, so it's understandable that he might want to keep his personal life under wraps for a little while long. His job as a pilot also comes with a lot of liability, which might be another reason he lays low on social media. But now that he's on Bachelorette looking for love, that might all be moot.

According to his ABC bio, Chasen says that "women always love a man in uniform," so that's why he chose the job of commercial airline pilot. Which makes him sound a little sleazy, but to each their own, right? He's 27 years old, from Ann Arbor, Michigan, and he calls himself a "forever wingman." Har, har.

The rest of his bio seems fishy and virtually too good to be true. Like, his favorite thing to do is drink cocktails and watch The Bachelor with his mother on Monday nights, and he once gifted his sister a Tiffany necklace that was supposed to go to a girl who dumped him before he could give it to her. Chasen, are you actually in the CIA? Are you a spy? Because these are very basic answers to questions that ABC producers have asked for 20 years now. The citizens of Bachelor Nation need more from you, Chasen.

Hopefully, Chasen is more forthcoming about his life with Hannah than he is with the rest of the collective Internet. He seems to have an easy way about him and a cute smile, so Hannah should respond well to him. What's not to like? Unless he's the guy who allegedly has a girlfriend while he's on the season (there's always one), Chasen could have a decent shot at Hannah's heart. We have to wait to find out.

More like this
'The Bachelor's Peter Weber & Kelley Flanagan Are Reportedly Back Together
By Grace Wehniainen
Is Salley Actually Going To Be On 'Bachelor In Paradise'?
By Kadin Burnett
What Happened With Justin & Salley Pre-'BiP'? They Fueled Rumors At Stagecoach
By Grace Wehniainen
Are Michael & Sierra Still Together After Bachelor In Paradise?
By Kadin Burnett
Get Even More From Bustle — Sign Up For The Newsletter