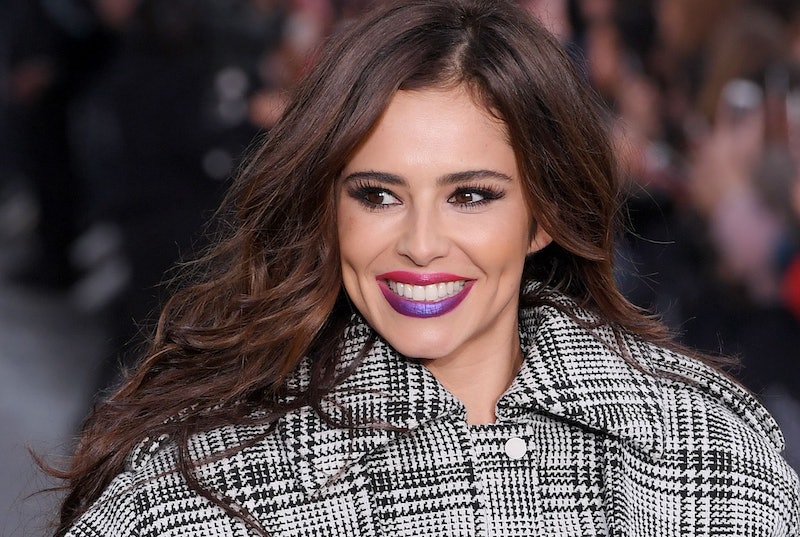 Since Cheryl released 'Love Made Me Do It' back in November, the wait for her comeback has been insatiable. Well, thanks to a little announcement on her Insta yesterday (May 28) Cheryl's latest single 'Let You' will be released this Friday (May 31). As the Daily Mail reports, the singer has already decked out her social media's with stunning images related to the music video, including a profile shot of her in a beautiful black dress designed by Fausto Puglisi "adorned with gold coins on the straps as she effortlessly shrugs a neon green fur-style jacket over her shoulders," the newspaper writes.

Cheryl also posted a Boomerang of herself with a group of dancers presumably from the video as well, in some stylish AF sportswear. This clip didn't have any audio, but this morning she did give fans a little sneak peak and boy it sounds like a banger. "Let you put your hands on my body .. every time! I gave you what you wanted .. but when am I gonna get mine???" she captioned the post, revealing some of the song's lyrics.

Before Cheryl dropped any new music, The Sun reported that she'd "recently recorded" 'Let You' in July 2018. The newspaper also alleged 'Let You' would be her first single at the time, but 'Love Made Me Do It' ended up taking that spot in early November last year. It wasn't until this April that 'Let You' was officially set for release in May after an interview with Stella magazine, where Cheryl gave some insight into the inner workings of the track.

"I've made mistakes in relationships. I've been with men who were controlling, who made me unhappy, but I allowed it to happen," she explained. "Women let these relationships happen, and that's what this song is about. But once you see it and recognise it, you have to try to not let it happen again." The singer added:

"I own my mistakes. I've learnt more from them than I have from my successes. I've learnt how hard it is to be happy, and now I can honestly say I am happy."

By Friday, Cheryl will have released two singles for her upcoming fifth studio album which has yet to have a release date. The singer told The Sun last summer that the album was "pretty much finished," but it seems that she might be taking a different approach when it comes to releasing her music thanks to the wonderful world of streaming. "No one is buying an album," she told Metro earlier this year.

"I'm making myself sound old now but you'd go to HMV and buy album of the month and cherish it and play it over and over. But now you can play any song any time on your Spotify playlist, and I love that, but I miss the old 'let's all buy the album." Because of this, it seems that Cheryl will "release enough music to be an album but not in one go, only single by single" to fully encapsulate the streaming market.

So while there's the possibility that Cheryl won't be releasing an album in the traditional sense, there's no doubt that she's still got plenty of music to release this year.