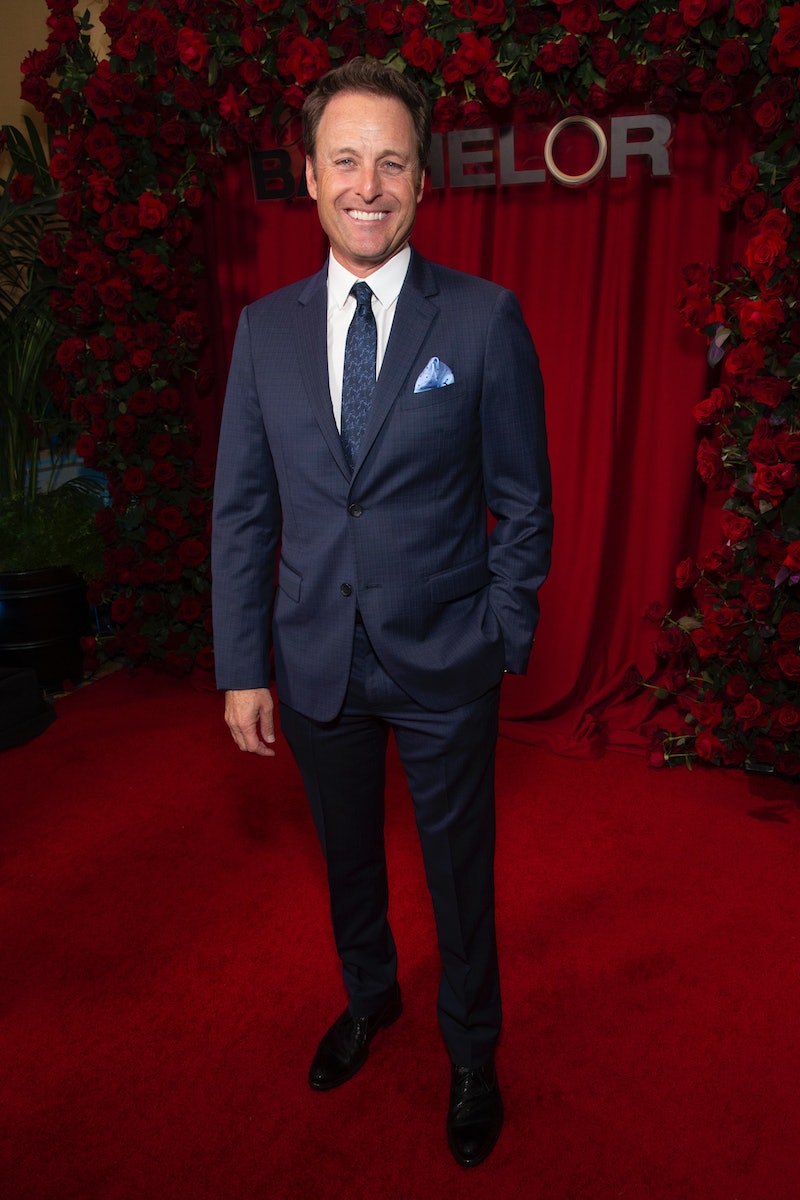 When it comes to stirring up the rumor mill, nobody does it quite like America's favorite Bachelor host. During a recent interview with Access, Chris Harrison weighed in on Peter's close relationship with Bachelor producer Julie LaPlaca, hinting that the two of them share a very "intimate" connection. These comments come after weeks of fans theorizing that Peter and Julie end up together at the end of the season, given how much time they (and their families) seem to be spending together.

For his part, Harrison has done little to squash this rumor, even going so far as to share a photo of himself alongside both Peter and Julie on Instagram. According to Harrison, the image wasn't intended to hint anything to fans or add fuel to the rumor that Peter and Julie are an item. “Actually, I didn’t mean to do anything other than the fact that we spend a lot time together, we travel the world together,” Harrison told Access on Tuesday, Feb. 25. “Julie, an amazing, talented, smart producer that works for us — works on the show, so she’s with Peter.”

But, while there's definitely some logic to his words, Harrison then proceeded to describe the depth of their relationship and his word choice will undoubtedly leave some fans scratching their heads. “It’s an intimate relationship,” he added. “You spend that much time together we all get close. Sometimes those lines get blurred.”

"Intimate" is definitely not how one might think Harrison would describe the relationship between a Bachelor and his producer. Harrison's comments are especially puzzling at best, given a separate interview he gave to Entertainment Tonight.

Harrison appeared to shut down the theory right on the spot and referring to it as a "wild story" and nothing more. "Julie is an amazing, talented producer. Far be it for me to ruin anything towards the end of the season. But ... seems much ado about nothing to me," Harrison told the outlet. "Unless I just don't know, which is possible."

Rob Mills, ABC's Senior Vice President of Alternative Series, Specials & Late-Night Programming, was a little more evasive on the matter in a separate interview with ET a few weeks earlier. "I hate to get in the way of a good rumor, so I’m not going to confirm or deny about whether he ends up with a producer!" he said at the time. "I don’t know how we’d ever top that though! But, it is crazy."

And thanks to Harrison's vague comments on the matter, the rumor about Peter and the Bachelor producer lives on. At least until the After the Final Rose special.