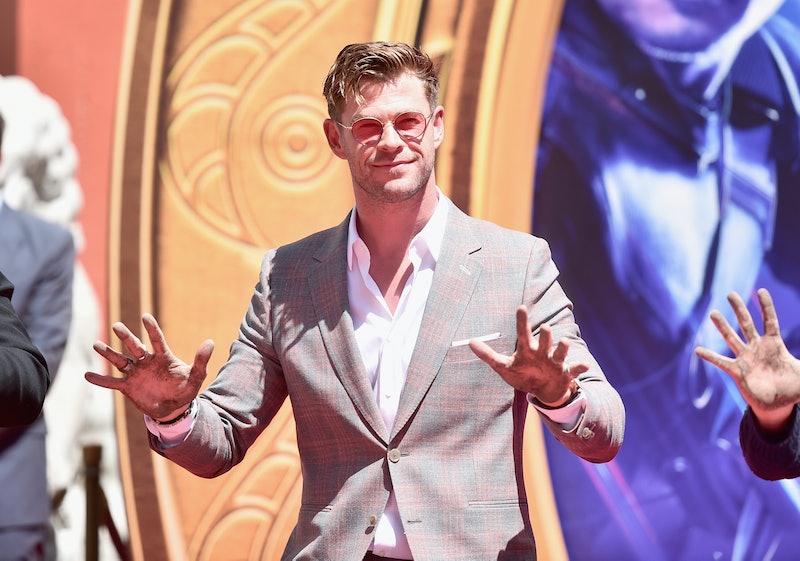 Avengers: Endgame felt like the end to an era of the Marvel Cinematic Universe — spoiler alert. The film did, in fact, seemingly say goodbye to three of the original Avengers — Black Widow, Captain America, and Iron Man — but there are a few still left standing, which means they could return for future films. And Chris Hemsworth's new Thor comments in a recent interview could give a lot of hope to those fans hoping for more Thor films. Despite his contract being up, Hemsworth is still intrigued enough to go for more movies, if the right opportunity arose.

In a new Variety profile, Hemsworth expressed his feelings on continuing with the character of Thor in more movies. “I’d still love to do more, to be honest,” he said. “And I don’t know what the plan is. I feel like we’ve opened up such a different character. I feel more energized for the possibility of where it could go... But I’ll use that in other places and other characters if it’s the end here.” The first two Thor movies might not have been flops, but Ragnarok, the third film in the trilogy, really revived the character of Thor, introducing a goofier version of the character who continued to develop in Infinity War and Endgame.

Hemsworth has admitted in the past that he's technically free to leave the Marvel universe, legally, for good. "Contractually, right now — yeah, this is it," Hemsworth said to USA Today in 2018. "I’m done. I won’t be playing the character again." But more recently, he's left things open-ended, just like his final scene in Endgame which saw him joining the Guardians of the Galaxy. And that is certainly a good sign for anyone hoping to see more Thor movies int he future.

The actor has also talked to Ragnarok director Taika Waititi about a Thor 4, which is pretty promising. He told USA Today that he rang in 2018 with his former director and co-star (he voiced Korg) about what that future of Thor could look like. "We gave cheers ... a few times," Hemsworth said. "To Thor 3, but it also was like, 'What could we do with four? We could do this and this.' We were throwing ideas around." Considering how well they worked together in the last movie, and how much fans liked it, a good enough idea could make another hit.

And even if another stint in the MCU isn't in the cards for the actor, fans should definitely keep their eyes peeled for a Hemsworth-Waititi collaboration in the future. "But also, just to work together again," Hemsworth told USA Today about the duo's NYE discussion of possible projects. "That was one of the most enjoyable creative partnerships I’ve ever had."

No doubt whatever Hemsworth and Waititi collaborate on next will be a hit, but here's hoping it is another Thor film. And, if it's not, that doesn't mean the end of Thor entirely. The God of Thunder could return to the MCU any number of ways, perhaps for a supporting role in the next Guardians of the Galaxy movie, or even whatever future Avengers team-ups Marvel Studios has planned. As with everything in the MCU, Thor's story isn't over until it's over.

More like this
Everything You Need To Know About ‘Black Panther: Wakanda Forever’
By Bustle Editors
Everything You Need To Know About The 'Knives Out' Sequel
By Bustle Editors
Lin-Manuel Miranda & Tituss Burgess React To 'Little Mermaid' Casting Backlash
By Radhika Menon
A New Scooby-Doo Movie Confirmed Velma Is Gay & Twitter Is Pumped
By Radhika Menon
Get Even More From Bustle — Sign Up For The Newsletter