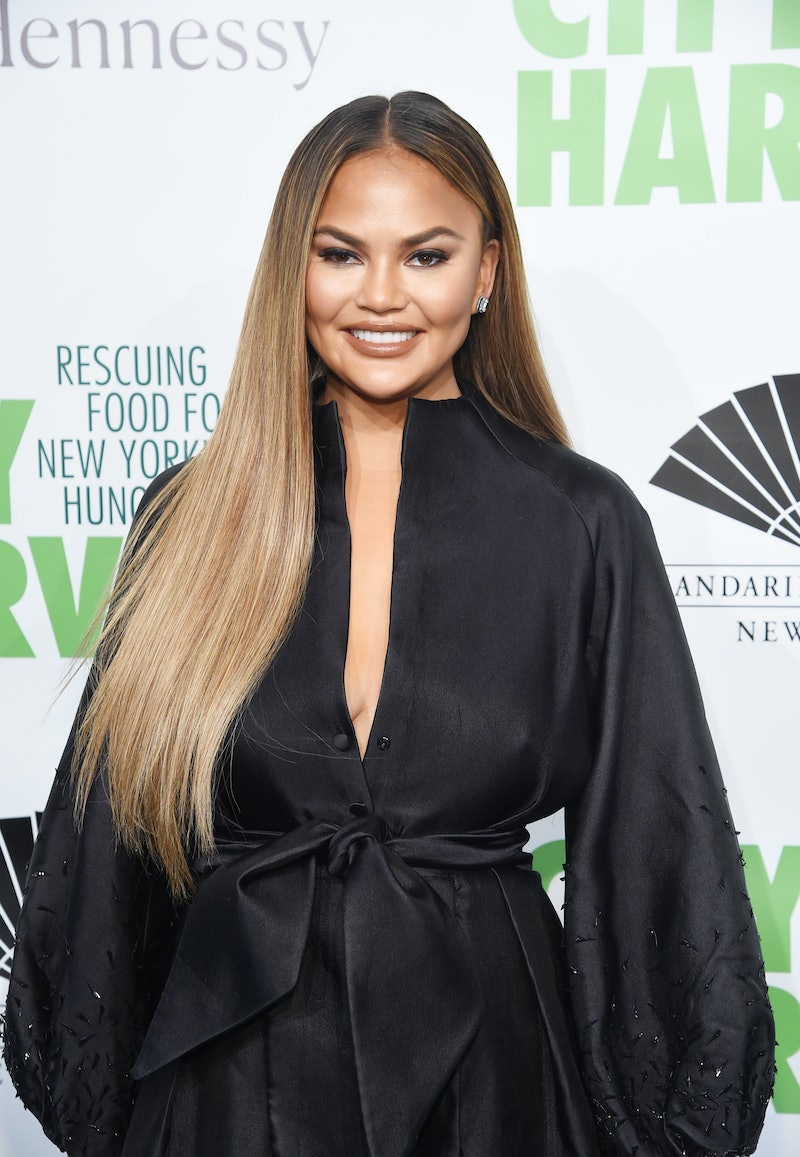 Chrissy Teigen has been doing her thing on Lip Synch Battle for awhile, but now, the first look at her next series is here. On Monday, the promo for Teigen's new show, Bring The Funny, finally arrived, and now, fans get to find out what this competition show is really all about. And it sounds like Teigen is super pumped about the show herself, because she shared the video on her Instagram.

Premiering this July on NBC, Bring The Funny is a competition comedy show featuring Teigen, Kenan Thompson, and Jeff Foxworthy as the judges, and Insecure star Amanda Seales is set to host. Being that Teigen is always making her followers laugh on Instagram and Twitter, she seems like a good choice for the gig, and so far, she seems pretty excited for everyone to see what she's been working on.

In her caption, Teigen wrote:

"WE HAVE A PROMO!! I cannot even express in words how proud I am of this show. #bringthefunny premieres July 9th on NBC!!! Please follow your new best friends @kenanthompson @amandaseales @realjefffoxworthy."

The promo features clips from the show, including a few funny moments from the contestants, and it looks like Bring The Funny will cover the full spectrum of comedy, so whoever competes on this show needs to bring their A-game.

"This is where you'll find all your favorite comedy — sketch, variety, stand up — all competing on the same stage," Teigen says in the video.

And as Foxworthy said in the promo, they're looking for "the next big name in comedy," and with all of these different ways for the contestants to show off their skills, it seems like they might just find it. It seems like a variety show that's centered around comedy, which means there's a good chance it will be very entertaining.

Back in February, NBC first announced Bring The Funny, and Teigen's been tweeting about the show ever since. When Thompson announced the good news on his Twitter, Teigen chimed in, letting him know that she's bringing food to set every day. That means that everyone on set is very lucky, considering that Teigen is a cookbook author known for what a good cook she is.

She also shared a promo photo that the official Bring The Funny Twitter account posted, talking about how excited she is for her new job.

"It was so exciting to be at this shoot, shooting altogether, all of us in one room, together!!" she wrote.

Now that Teigen is a judge on a reality show of her own, she and husband John Legend have even more in common. He's now a coach on The Voice, and even though singing is totally different from comedy, maybe they can share tips they pick up along the way.

Bring The Funny premieres July 9 on NBC, and knowing how funny Teigen is, it definitely seems worth tuning in. Hopefully, more promos are on the way so we can see her judging skills in action.