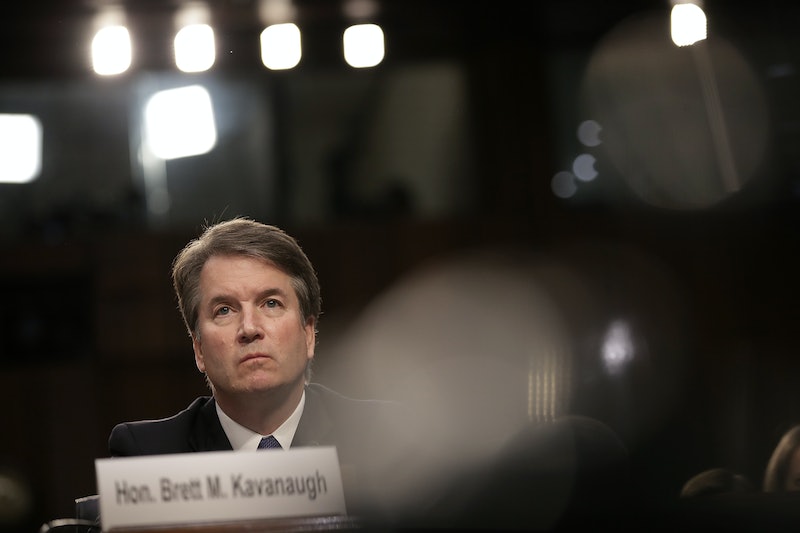 When women make public allegations of sexual misconduct, they're often accused of fabricating their stories "for attention." This ignores the fact that, for many women, that "attention" takes the form of abuse, harassment and threats to their lives. Exhibit A: Days after accusing Supreme Court nominee Brett Kavanaugh of attempting to rape her while they were in high school (an allegation Kavanaugh denies), Christine Ford has been getting death threats, her lawyers said, and has moved herself and her family out of her house as a result.

Ford's lawyers sent a letter Tuesday to Republican Sen. Charles Grassley, chair of the Senate Judiciary Committee, saying that she's "been the target of vicious harassment and even death threats" ever since she accused Kavanaugh of trying to rape her when she was 15 (Kavanaugh categorically denies the allegation). Her lawyers also said that her email has been hacked, and people have impersonated her online. As a result, she and her family have been forced to move out of their home.

The New York Times, citing a source close to the California professor, also reported that Ford has received obscene messages over email and social media since coming forward with her accusation; one such message addressed Ford as "disgusting slime" and warned that she only has six months to live, the Times reports. Because of this, Ford has both moved her family out of her house and, according to the Times, hired private security.

Ford's accusation against Kavanaugh threw a wrench into Kavanaugh's Senate confirmation, which was close to wrapping up before she went public with her allegation. Although many Senate Republicans dismissed Ford's accusation, they nonetheless scheduled her to testify on the matter in front of the Senate Judiciary Committee, a spokesperson for Sen. Mike Lee confirmed to Bustle on Tuesday.

But the letter from Ford's lawyers to Grassley complicates matters. In addition to revealing that Ford has faced death threats due to coming forward, they say that law enforcement must conduct a full investigation before Ford submits to questioning by senators before the Judiciary Committee.

"As the Judiciary Committee has recognized and done before, an FBI investigation of the incident should be the first step in addressing [Ford's] allegations," her lawyers wrote. "A full investigation by law enforcement officials will ensure that the crucial facts and witnesses in this matter are assessed in a non-partisan manner, and that the Committee is fully informed before conducting any hearing or making any decisions."

Although it's unclear how long such an investigation might take, it would undoubtedly delay a floor vote on Kavanaugh's nomination. This is potentially worrisome for Senate Republicans, who face a potentially brutal midterm election in a little over a month — one that could potentially cost them control of the Senate and, by extension, the ability to confirm any of Trump's Supreme Court nominees.

In their letter to Grassley, Ford's lawyers pointed out that Senate Republicans had scheduled her public testimony with less than a week's notice. The letter also noted that several Republican senators "appear to have made up their minds that she is 'mistaken' or 'mixed up'" regarding her accusation against Kavanaugh.

"While no sexual assault survivor should be subjected to such an ordeal, Dr. Ford wants to cooperate with the Committee and with law enforcement officials," her lawyers wrote. They encouraged Grassley to speak with Sen. Dianne Feinstein, the ranking Democrat on the committee, to discuss a way for Ford to "cooperate while also taking care of her own health and security."