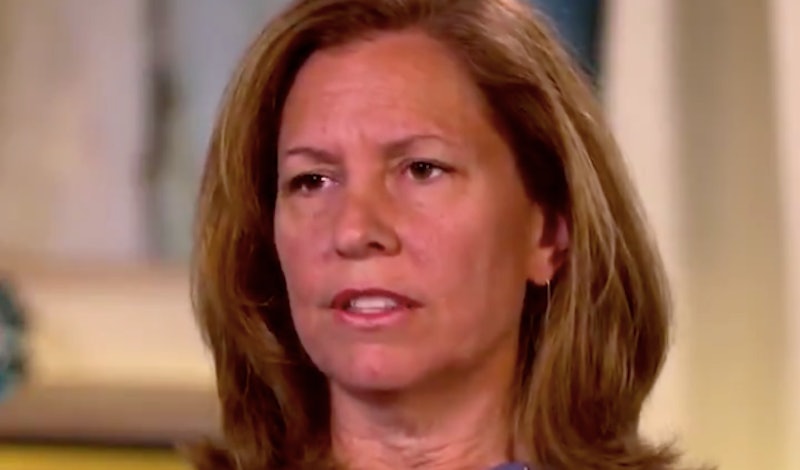 After Dr. Christine Ford accused Supreme Court nominee Brett Kavanaugh of sexually assaulting her as a teenager, many conservatives responded by accusing Ford of misidentifying her alleged assailant. Kavanaugh categorically denies the accusation. But on Friday, Ford's sister-in-law spoke about the Kavanaugh allegation, telling Good Morning America that "I don't see any possibility" that Ford is misremembering what happened to her.

"I can't imagine any reason that it would be mistaken identity," California psychologist Deborah Ford Peters said. "Specifically working with people who have been through traumas, the details of the traumas are often etched in their minds forever."

In a series of tweets that he's now deleted, conservative activist and Kavanaugh friend Ed Whelan accused Ford of misremembering who allegedly assaulted her, and presented what he claimed was evidence that she'd actually been assaulted by one of Kavanaugh's former classmates. Ford immediately denied this, telling The Washington Post that she knew both of them and there was "zero chance" she'd mixed them up. Whelan later apologized for his "appalling and inexcusable mistake of judgment" in accusing the other man of assault.

In her interview, Ford Peters also spoke about why her sister-in-law went public with her accusation to begin with.

"She feels that her story has been leaked out with some inaccuracies, and I think that she doesn't want her story misrepresented in the way that it was leaked, but I think she also feels strongly that the story needs to be heard by the American public," Ford Peters said. "They need to hear what this man did in his youth so that he can be held responsible."

Ford Peters said that she believes Ford's story, and spoke about the long-term effects that sexual assault survivors often have.

"People who experience sexual assaults that are as scary as this one seems to be, according to her story, can suffer shame, fear, depression, anxiety," Ford Peters explained. "It can inhibit them socially, professionally. So I don't know which of those things she's carried with her, but I'm sure it's carried some scars."

Ford's accusation has thrown a wrench into the GOP's plan to confirm Kavanaugh as quickly as possible. There have been talks on both sides about having Ford and Kavanaugh testify before the Senate Judiciary Committee, but so far, they haven't reached an agreement on the conditions under which such a testimony would take place. Senate Republicans have demanded that Kavanaugh be permitted to testify after Ford, while Ford's legal team requested the opposite. It's unclear whether Ford will ultimately testify in front of the committee before the full Senate votes on Kavanaugh's nomination.

It's equally unclear whether Senate Republicans will take Ford's testimony into consideration when voting on Kavanaugh. Sen. Lindsay Graham said earlier that he'll "listen to the lady, but we’re going to bring this to a close," and accused Ford of participating in a "drive-by shooting" of Kavanaugh. Majority Leader Mitch McConnell said Friday that, regardless of Ford's testimony, he intends to "plow right through" the controversy and expressed confidence that "in the very near future, Judge Kavanaugh will be on the U.S. Supreme Court."