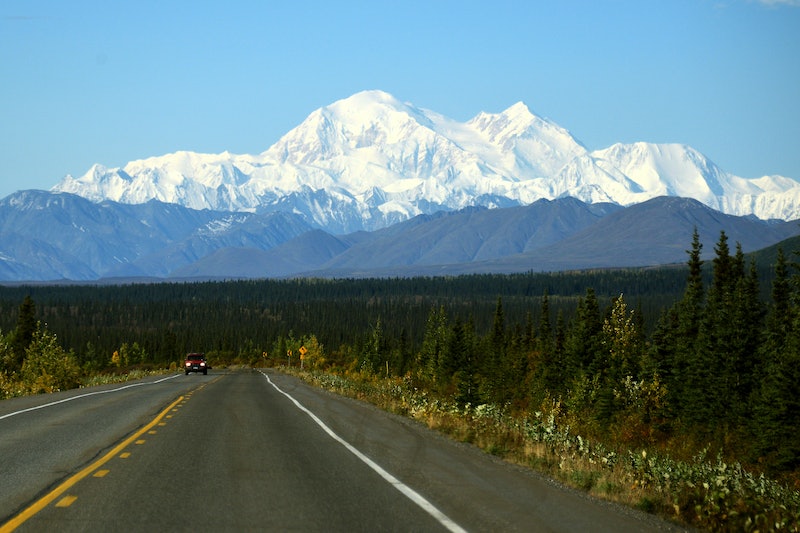 It's one of the more graphic and unquestionably unhygienic issues that could arise due to climate change. Frozen human feces at Denali National Park in Alaska could start thawing and melting as soon as this summer because of rising temperatures caused by climate change, according to USA Today. And it's not just a small amount of feces, either; the publication noted that it amounts to some 66 tons of human poop that's scattered across the icy area.

While it is certainly disturbing news, local guide companies, which help adventurers traverse the mountains, have offered to pitch a helping hand, according to USA Today. The outlet noted that these companies will advise climbers to pick up after themselves as they hike up. The development comes after the National Park Service announced a policy in 2018 that required climbers below 14,000 feet to carry their own waste off the mountain.

A National Park Service glaciologist named Michael Loso told USA Today, "Climbers and particularly guide services are really embracing the new policy and are even exceeding it. It has become kind of an informal badge of merit to carry off all your waste."

In even more perturbing detail, Loso noted that the bacteria and insects within the excrement can survive harsh cold winters and icy environments. Upon melting, they can pose a risk of disease to those near the feces.

Loso painted a rather upsetting but realistic picture for USA Today, that is if matters in Denali National Park aren't handled effectively right away. "The waste will emerge at the surface not very different from when it was buried," Loso told USA Today. "It will be smushed and have been frozen and be really wet."

"It will be biologically active, so the E. coli that was in the waste when it was buried will be alive and well. We expect it to still smell bad and look bad," he added to the publication.

The newspaper noted in 2001 that the Denali National Park even tried a pilot version of "Clean Mountain Cans," (CMC) which was a project carried out in collaboration with the climbing company called American Alpine Club. The idea was pretty simple: the portable toilets were lightweight and could be helpful for climbers. But the problem was that they couldn't urinate in the CMC as the urine would freeze given the weather — and become a literal burden for the portable units.

Now climbing companies are looking into more straightforward, if physically unpleasant, solutions. Climbers will carry their own feces up and back to the summit, according to the Des Moines Register.

Todd Burleson, the president of the Alpine Ascents International, told the publication that it's a tough undertaking. "You’re already carrying 100 pounds and then you’re adding another 20 pounds of feces," he said to Des Moines Register. "But it’s the right thing to do."