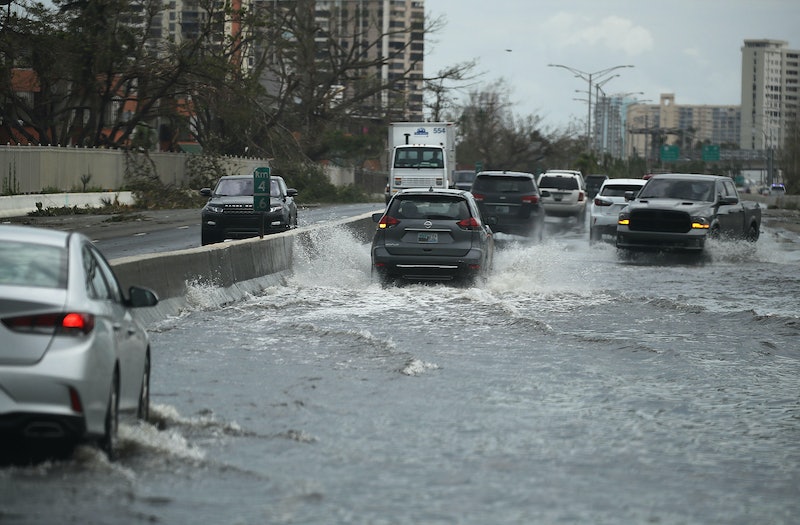 A new study has found that warming temperatures due to climate change may be linked to an increase in suicide rates similar to the increase caused by economic depressions, according to a report on the study published in the journal Nature Climate Change. Published July 23, the study's results show that for every 1 degree Celsius increase in monthly average temperature, suicide rates rose 0.7 percent in the U.S. and 2.1 percent in Mexico, and that the increase is "similar in hotter versus cooler regions and has not diminished over time."

The researchers behind the study concluded that if climate change is not reined in and temperatures continue to increase, it could result in between 9,000 and 40,000 "additional suicides across the United States and Mexico by 2050," they wrote in the study report.

Solomon Hsiang, a professor at California-Berkeley and a coauthor on the study, told USA TODAY that the study's conclusions support other theories that conflict, violence, and warmer weather could be linked. "Now we see that in addition to hurting others, some individuals hurt themselves," Hsiang said. "It appears that heat profoundly affects the human mind and how we decide to inflict harm."

In addition to studying "historical temperature and suicide data going back decades," per USA TODAY, researchers also examined 600 million social media updates and found, by analyzing depressive language used in those updates, that "mental well-being deteriorates during warmer periods," according to the study report. And with global temperatures increasing steadily as our climate changes, warmer periods are going to get warmer and longer.

"This may be the first decisive evidence that climate change will have a substantial effect on mental health in the United States and Mexico, with tragic human costs," Hsiang told USA TODAY.

Marshall Burke, a professor at Stanford University and the lead author on the study, added that the potential 9,000 to 40,000 additional suicides "are not just a number, they represent tragic losses for families across the country."

"Suicide is one of the leading causes of death globally, and suicide rates in the U.S. have risen dramatically over the last 15 years," Burke told USA Today. "So better understanding the causes of suicide is a public health priority."

Per the World Health Organization, nearly 800,000 people commit suicide every year. As USA TODAY reported, numbers from the Centers for Disease Control and Prevention (CDC) show that suicide rates in the U.S. have risen about 30 percent since 1999. The study's results do not mean a concrete link between suicides and climate change has been proven, Daniel Reidenberg, executive director of the nonprofit Suicide Awareness Voices of Education, cautioned. He told USA TODAY that there are other factors involved, like prescription costs and the economy. Burke told CNN that warming temperatures are just one of many different risk factors. "Suicide is a very complex phenomenon. It's still not that well-understood, and there are many other risk factors beyond climate that are important for suicide risk," he said.

Researchers' official recommendation is that policymakers focus on "[implementing] policies to mitigate future temperature rise," USA TODAY reported. But of course, whether climate change and suicide risk are truly linked, it's important to focus on how to better help people who are struggling with their mental health not just during warmer months, but all year round.

More like this
Pret & Costa’s Coffee Is The Strongest On The High Street, According To Which?
By Sam Ramsden
15 Black-Owned Liquor & Wine Brands To Add To Your Bar Cart
By Alexis Morillo
6 Organizations Fighting Police Brutality That You Can Support Right Now
By Syeda Khaula Saad and JR Thorpe
These Artists Are Reimagining Black History Month To Create A Better Future
By Katie Mitchell
Get Even More From Bustle — Sign Up For The Newsletter
From hair trends to relationship advice, our daily newsletter has everything you need to sound like a person who’s on TikTok, even if you aren’t.