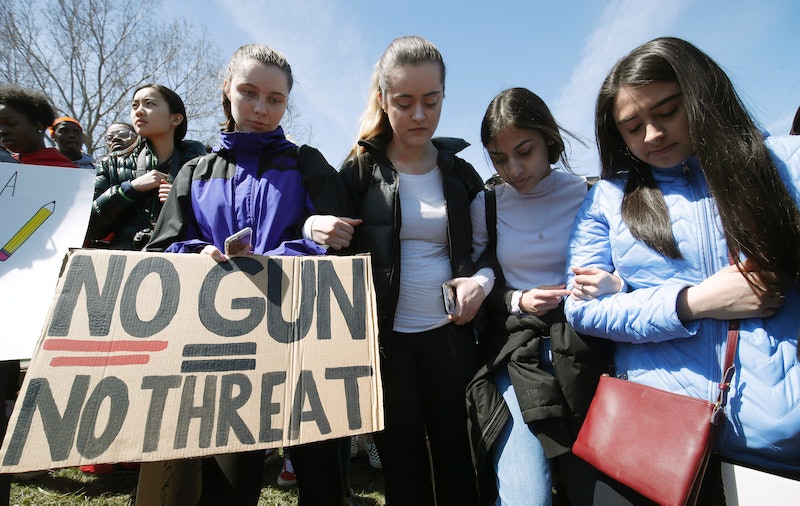 This week, Colorado lawmakers made it clear that addressing gun violence is a priority for the state. Colorado's "red flag" gun bill is one step away from becoming law, meaning that law enforcement authorities in the state will likely soon be able to confiscate the firearms of individuals who have been deemed a threat to themselves or others. If the governor signs the bill, Colorado will join a handful of other states across the country with similar measures in place.

As CNN reported, the red flag gun bill, also known as the "extreme risk protection order" bill, allows law enforcement officials, family members, or roommates to file a legal petition to temporarily have someone's gun confiscated if a judge finds that they pose a threat to their own safety or that of others. As ABC affiliate Denver7 described, the bill would allow a judge to issue a protection order for anywhere from two weeks to 364 days.

A new version of the bill passed Colorado's House of Representatives on Monday — and already passed the state's senate last week, the Denver Post reported. Now, the bill will head to Democratic Governor Jared Polis' desk, who has indicated that he intends to sign the legislation, Denver7 reported.

State Representative Tom Sullivan, one of the bill's sponsors, commended his fellow lawmakers for passing the bill, the Denver Post reported. Sullivan's son, Alex, was killed in the Aurora, Colorado movie theater shooting in 2012 — and Sullivan referenced Alex when describing the significance of the bill's approval by the legislature.

As Sullivan said in a statement, per the Denver Post:

While many, like Sullivan, have praised legislators for moving forward with the red flag gun bill, others haven't been as keen to offer their support. For example, Weld County Sheriff Steve Reams has publicly announced that he would rather go to jail than enforce the bill if it becomes law, the Greeley Tribune reported. Reams told CNN that, among other concerns, he worries that removing a gun from a person who's considered at risk might further push them toward violence. "Going in and taking their guns and leaving the scene, I can't see how that makes them less of a risk. It just takes one tool away," Reams said to the outlet. CNN also noted that Reams isn't alone in opposing the bill, as over half of Colorado's counties have officially revealed their opposition to the legislation.

If Polis does indeed sign the red flag gun bill, Colorado would become one of at least 14 states that have similar protections in place, Fox News reported. The Fort Collins Coloradoan added that, if enacted, the bill would also mark the first wide-ranging gun legislation that the state has passed since 2013.