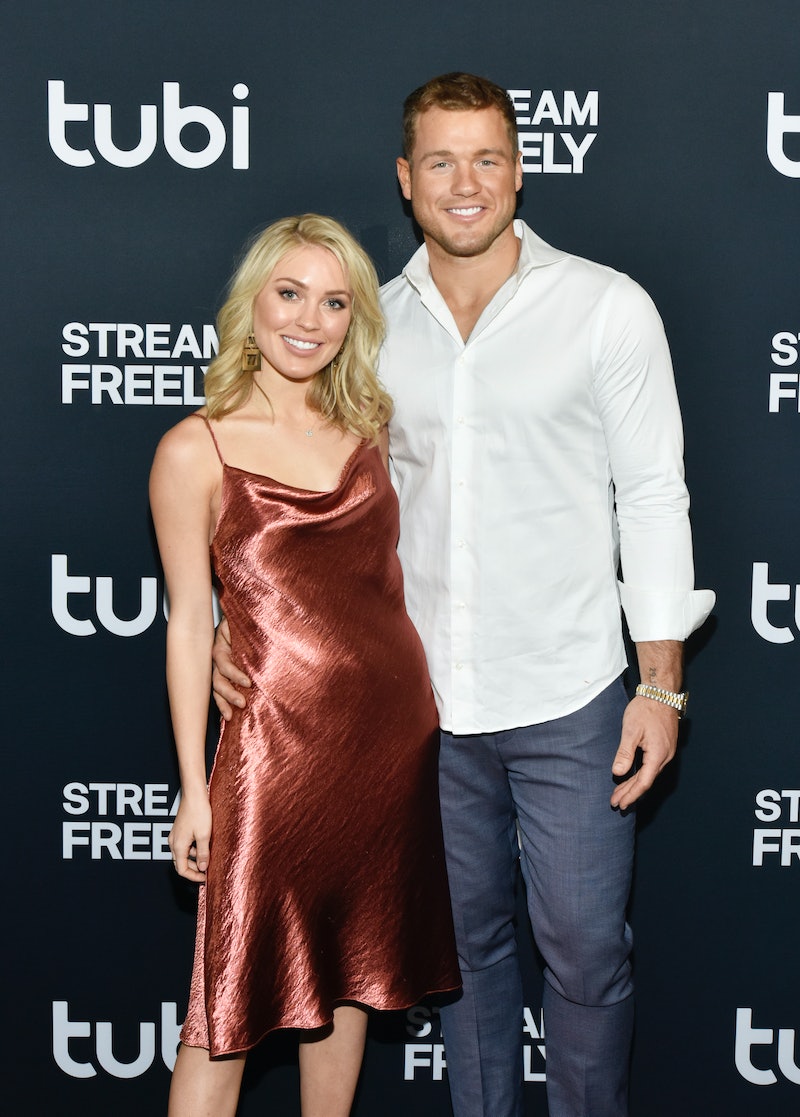 Being the Bachelor includes a lot of breakups, but Colton Underwood is proof staying friends with one of your exes from the show can happen — he, Cassie Randolph, and Caelynn Miller-Keyes have been spending a lot of time together these days. In fact, in a new interview with Us Weekly, Colton and Cassie said they're rooting for Caelynn to find love on Bachelor in Paradise so she and her new boyfriend can join them on their dates... which would result in the most adorable Instagram posts ever.

Of course, the BiP cast hasn't been officially announced yet — being that The Bachelorette doesn't premiere until next week, it's a little early for that — but it sounds like Colton and Cassie have their fingers crossed that she'll end up making the cut. Although they already go out with Cassie's sister, Michelle, and her boyfriend, Gregg Sulkin, it seems like they think Caelynn and her potential Paradise boo would make a good addition to their crew.

“We are rooting for Caelynn to come back with a man so we can go on some triple dates with Gregg and Michelle," Colton told Us Weekly.

BiP has a pretty good success rate, so if Caelynn does end up going on the show, she could come back with someone, making Colton and Cassie's triple dating dreams come true.

And as far as wishing the best for each other in their relationships, it seems like the feeling is mutual. Colton said that since The Bachelor, whatever feelings he and Caelynn may have had for each other have transformed into a friendship where she genuinely seems to want the best for him and Cassie, which is good to hear, considering the fact that all three of them now live in the same apartment complex.

“It was just over time, just sort of casually hanging out, and then it got to a point where it’s more now like, ‘Hey, I’m rooting for you,’ she’s rooting for us," Colton said. "We’re just friends. … in a weird way, I don’t really think about the show."

It's hard to imagine how what happened on The Bachelor doesn't come into play every once in awhile, but it seems like they're making it work. One glance at Colton or Cassie's Instagram page shows that they've been spending all their time together since the finale aired, but Caelynn's been busy too, living her own life. She really seems to be enjoying her post-Bach time, hanging out with friends and family and just doing her.

And this week, she's visiting Morocco and sharing some seriously gorgeous photos from her trip, including this one where she's riding a camel.

With The Bachelor behind them, it's good to hear that Cassie, Colton, and Caelynn can all hang out — especially since Cassie and Caelynn walked away from the show with such a strong friendship. Hopefully, Caelynn will end up on BiP this summer and make their triple date dreams come true. Stranger things have definitely happened in paradise.