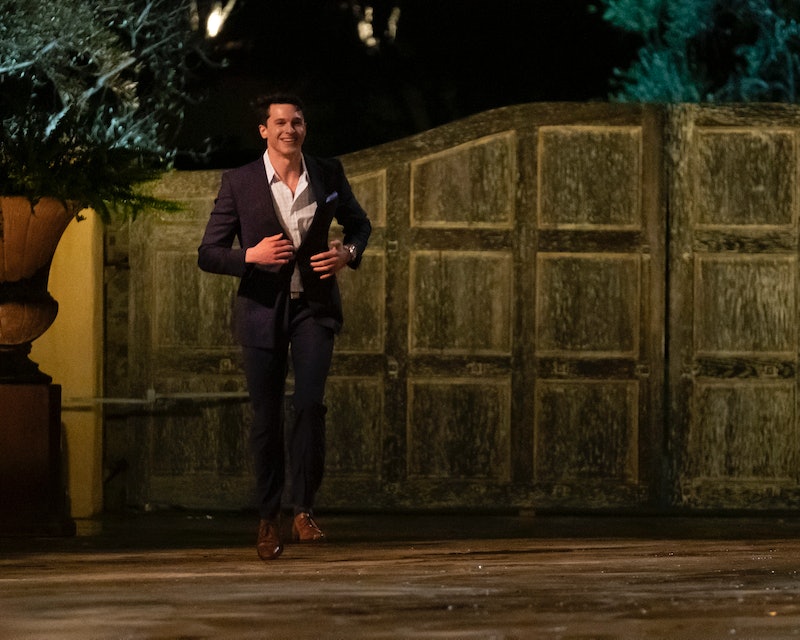 There's a reason why The Bachelor franchise is so popular. Because despite all the eye-rolling drama and cringeworthy moments, there's also a lot of laughs in-between. This can especially be the case when it comes to see some of the, uh, unique job titles that some of the contestants use as their label each season. That's why Connor Saeli's job before The Bachelorette is so noteworthy — it's actually pretty normal and shows what a stable partner he would be if Hannah B. were to give him that oh-so coveted final rose at the end of all this.

According to Connor's LinkedIn profile, he's an analyst in Goldman Sachs' Special Situations Group located in Dallas, Texas. This is after he receiving his finance degree at Cox School of Business at Southern Methodist University back in 2017. Now as for what exactly an investment analyst does, the description in the profile explains that he's in charge of "principal investing and lending directly to middle market companies." You know, whatever that means. But hey, it sounds pretty impressive, so good for him, right? Also, it's pretty great that his boss let him take so much time off of work in order to do this show.

Even before learning about Connor's job, though, he made a solid impression on both fans and Hannah herself.

That's because he was one of the five guys Hannah got to meet before the season even started during Colton's After the Final Rose special. And while he didn't walk away with the early rose she gave away (Cam and his rapping received that honor for, um, reasons), Connor's time on camera was notably thanks to his sweet gesture.

"I was really excited to hear that you were the next Bachelorette," Connor revealed to Hannah. "And for me, in starting a relationship, it's really important that we're on the same level." Cut to Connor bringing out a step stool, signifying how he hopes they can strive to be complete equals with one another. "I want to use this as a first step for us seeing eye to eye with each other as we start this journey together," he added at the end. Then, of course, he hopped the fence in order to greet her in the premiere episode — a nod to Colton's big fence jump on The Bachelor.

Needless to say, it doesn't take an investment analyst to come to the conclusion that Connor is a keeper and one for fans to watch and even root for in the coming weeks. His actions to connect with Hannah may be small, but they're genuine, which is something she'll hopefully be able to sense the more time that she spends with him.

Only time will tell whether or not Hannah and Connor develop a strong connection that could ultimately lead to an engagement when the season comes to a close, but if it doesn't, at least Connor can take comfort in knowing that he has a nice, stable job waiting for him when he gets back home. That is, unless he gets asked to join Bachelor in Paradise, in which case he'll need to cash in on a few more of those sick days.