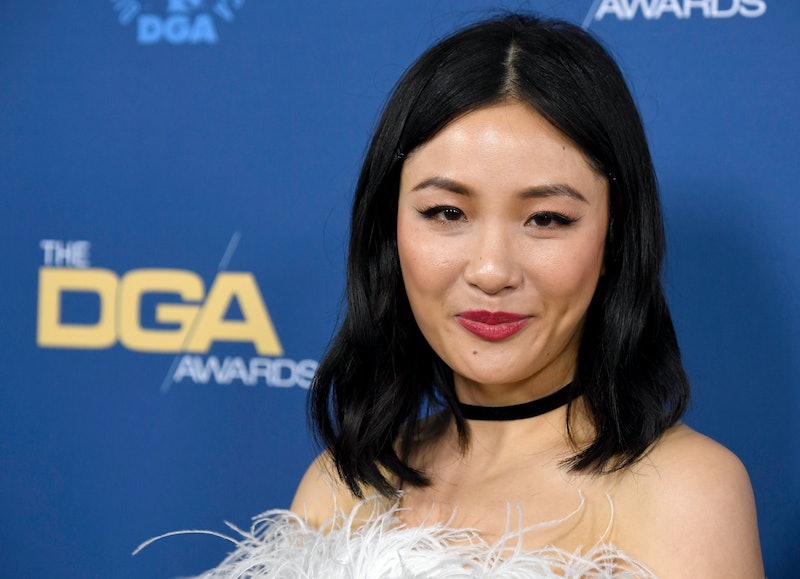 Friday was a tough day for network TV shows with 14 series canceled in the lead up to next week's Upfronts presentations when the networks will unveil their fall schedules for advertisers. That's why fans were dismayed by Constance Wu's response to Fresh Off the Boat's Season 6 renewal. However, on Saturday, May 11, Wu issued a statement about her Fresh Off the Boat tweets that has gone a long way toward clearing up why she was initially upset about the comedy returning to ABC for another season.

Shortly after ABC announced that Fresh Off the Boat would be returning for Season 6, Wu, who plays Jessica Huang, tweeted, "So upset right now that I'm literally crying. Ugh. F*ck." She followed it up with "F*cking hell," and in a since deleted tweet, she responded to a fan's congratulations that the renewal was "great news" with "no it's not," per TVLine. Fans of the show and the actor were quick to wonder what was going on, and it sounds like Wu is owning her response, as well as explaining why she initially reacted so strongly to the news.

"I love [Fresh Off the Boat]. I was temporarily upset yesterday not because I hate the show but because it's renewal meant I had to give up another project that I was really passionate about," she wrote on Twitter. "So my dismayed social media replies were more about that other project and not about FOTB. But I understand how that could feel interconnected and could get muddled. So here is me unmuddling it with my truth: FOTB is a great show that I'm proud of and that I enjoy. I've gotten to fully explore my character and I know her like the back of my hand."

She continued, "But my words and ill-timing were insensitive to those who are struggling, especially considering the fact that I used to be in that struggle too. I do regret that and it wasn't nice and I'm sorry for that. I know it's a huge privilege that I even HAVE options — options that FOTB has afforded me. But if one does have privilege, they ought to to use that privilege as best they can. For me — that means pushing myself artistically. Constantly challenging myself by doing what's unfamiliar and scary. So I am trying my best to use it well."

Wu's career has been on the rise since the blockbuster success of Crazy Rich Asians. She doesn't reveal what project she will have to pass on in order to continue her role as Jessica on Fresh Off the Boat, but she has several projects coming to theaters soon including Hustlers and Wish Dragon. It seems clear that she's eager to push herself as an actor by tackling new roles, but despite that she's also grateful for all of the opportunities that her comedy series has afforded her.

She wrapped up her statement by explaining that feeling to her fans. "People 'assumed' that that meant I don't love and enjoy FOTB," she wrote. "But I do love and enjoy it. I hope you believe me. People can hold conflicting feelings in their hearts — that conflict is part of being human."

By owning her feelings and sharing them with fans of Fresh Off the Boat, Wu has made an important point about how people can feel conflicted over their careers in every industry. And while her reaction was visceral, she's owning it and that's something her fans will no doubt appreciate.