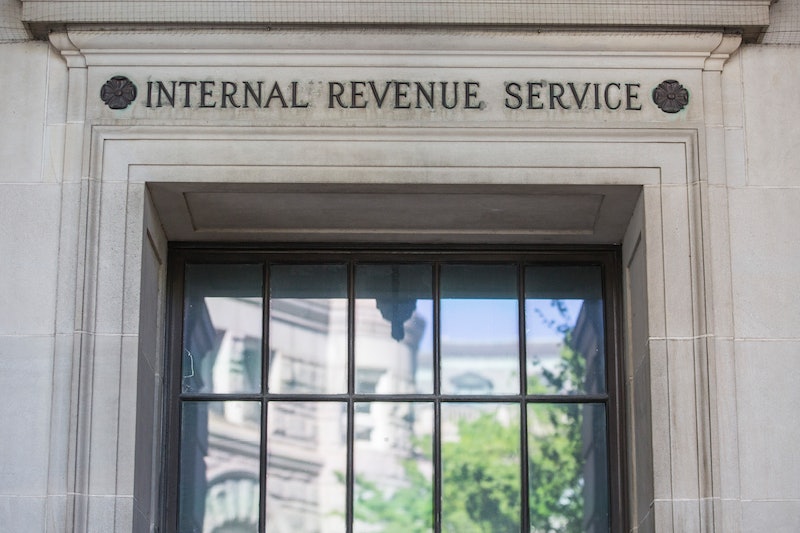 Tax day is upon the nation, and with that can often come the fear of accidentally filing your taxes wrong and incurring a dreaded audit from the IRS. If you're wondering whether you could be audited in 2019, the simple answer is that all American citizens do face that risk. But there are a number of ways that you can make sure you're avoiding that possibility to the best of your knowledge.

According to NPR, the number of individual audit rates in the United States dropped 42% from 2010 to 2017, as the result of significant cuts to funding in the agency. Tony Reardon, national president of the National Treasury Employees Union (which employs IRS workers), told NPR that these funding cuts have led to a number of obstacles at the agency. Group morale is low, he says, and experienced workers are quitting while younger workers are hard to find. In fact, Reardon said that less than 3% of the IRS workforce is under 30 years old. But of course, that doesn't mean you won't get audited if you do file your taxes incorrectly.

First things first: an audit is an official inspection into a person or organization's accounts, per Merriam-Webster. This is most commonly referenced in relation to the tax audits carried out by the IRS. Audits often happen in situations where the numbers you file in your tax information don't appear to "add up" to other data entries. For example, if you filed your salary as one number, and your place of employment filed it as another number, this could be a reason for an audit.

This is why one of the best things you can do to avoid an audit is to double-check all of the numbers you write down when you're filing your taxes, or when you're working with an accountant. Resist the urge to round any numbers up or down, because the specificity is incredibly important for accuracy.

Another aspect of tax filing to watch out for is for being a little bit too generous with your deductions. Deductions can include everything from the mortgage you pay to the charities you've donated to throughout the past year. It can start to get a little bit complicated if you're a freelancer, for example, and want to deduct the cost of rent because you work from home; in this instance, again, the best thing to do is to double and even triple-check your numbers. The IRS withholding calculator can serve as a helpful tool.

If you work full-time for one company, it can be simpler because you're only filing taxes for that one job. But if you're working as a freelancer or have multiple jobs in any capacity, then it can become complicated to keep track of all of the 1099s and W-2 forms to submit. As tempting as it might be to give up on trying to track down that one invoice you sent in for a few hundred dollars a month ago, keep looking for it: the IRS receives tax info not just from you, but from all of the companies who contracted you. So yeah, you could get audited for a small amount of money if a company marked you as a contractor and you didn't register that income.

TurboTax offers a few more tips and tricks for you on how to avoid an audit to your best ability. Also, it's not the end of the world if you do get audited. Business Insider also offers a breakdown on what to do if that happens to you.