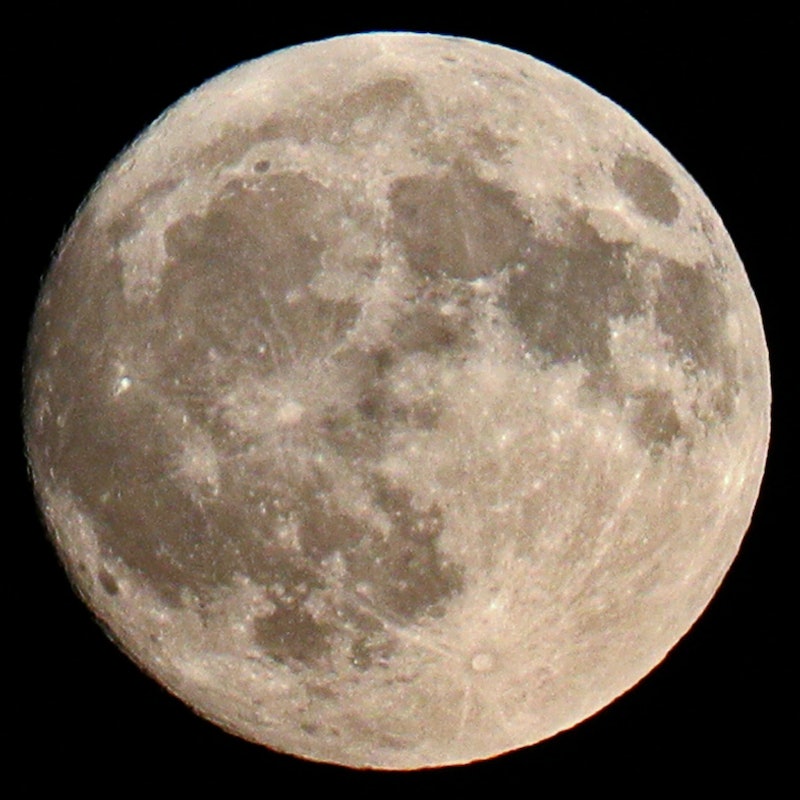 Let's be honest, humans have made a pretty big mess of Earth. We consume a devastating amount of natural resources, allow a tiny elite to control huge portions of global wealth while most people struggle through poverty, threaten each other with nuclear weapons, and kill off cool animals like the Dodo bird. But if you're extremely done with everything happening on our planet, there's some good news — scientists have discovered a cave on the moon that they believe could potentially be used as a base for a lunar colony. So, peace out, Earth! Sorry we ruined you!

The cave, which is actually a "lunar chasm," (dibs on "lunar chasm" as a band name!) was discovered by Japan's Selenological and Engineering Explorer (Selene) probe. According to The Guardian, the orbiting probe initially picked up on an opening 50 meters — or about 164 feet — wide, and 50 meters deep. After examining the hole more closely using radio waves, scientists found that the chasm is about 50 kilometers (31 miles) long and 100 meters (328 feet) wide. The cave appears to be structurally sound, and data from the probe suggests "its rocks may contain ice or water deposits that could be turned into fuel."

The chasm appears to be a lava tube, which was formed by volcanic activity over three billion years ago. According to Jaxa, the Japan Aerospace Exploration Agency, lava tubes like this one "might be the best candidate sites for future lunar bases, because of their stable thermal conditions and potential to protect people and instruments from micrometeorites and cosmic ray radiation."

Indeed, finding somewhere more hospitable than the harsh environment of the moon's surface will be essential for further study. The moon's temperature can range from 224 degrees Fahrenheit during the day, to -243 degrees Fahrenheit at night, and there is strong radiation from the Sun's ultraviolet rays.

“The same stable and protected environment that would benefit future human explorers also makes them an enticing target for scientific study. Careful examination of their interiors could provide unique insights concerning the evolutionary history of the moon," Junichi Haruyama, a senior researcher at Jaxa told the Guardian.

But don't quit your job and back out of your lease in anticipation of your new life on the moon just yet. Scientists haven't actually been in the cave yet, and Jaxa announced it hopes to put the first Japanese astronaut on the moon in 2030.

As for the United States' future in space, NASA is one of the few agencies that hasn't been subjected to devastating budget cuts. President Trump seems intrigued by space exploration. Last year, he said: "Human exploration of our entire solar system by the end of this century should be NASA’s focus and goal.” Space is also another frontier on which President Trump could assert American dominance over countries like Russia and China, which also have active space programs, and both of which have expressed a desire to establish lunar colonies in the next few decades.

But Trump seems more interested in exploring other planets than preserving the one we currently live on. He has suggested slashing the EPA budget by 31 percent, and proposed that four of NASA's climate-related satellite missions, which help monitor the effects of global warming, as well as monitor the health of coastlines and provide warnings about potential droughts, be terminated.

The lunar chasm is an exciting, important discovery, one which could have far-reaching implications we can't even imagine yet. But until we can all schlep up to the moon, we're going to have to stick around Earth a while longer, so we might as well do our best to keep it relatively inhabitable. In light of that, check out some environmental charities you can donate to here.