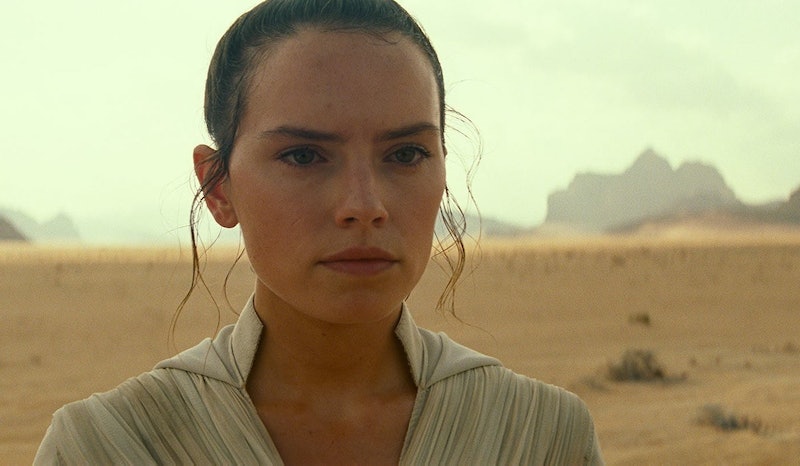 The Star Wars sequel trilogy may be finished, but it’s only the beginning for its breakout stars. For Daisy Ridley’s first post-Star Wars role, she won’t be leaving the galaxy just yet, but she’ll be a lot closer to home. The actor will be narrating an IMAX documentary on the wonders — and dangers — of asteroids, aptly titled Asteroid Hunters.

An educational documentary, Asteroid Hunters will take audiences on a journey into deep space “for a fascinating look at asteroids, their cosmic origins and the potential threat they pose to our world,” IMAX writes. The last part sounds a bit daunting, but there’s no denying how fascinating it is to think about these huge pieces of rock just floating around in space.

The film also gives an insight into how asteroids are researched back on Earth and will demonstrate “the cutting-edge tools and techniques [scientists] use to detect and track asteroids, and the technology that may one day protect our planet.” While the current threat of an asteroid hitting Earth is relatively low, “the potential consequences make the study of asteroids an incredibly important area of scientific research.”

Thankfully, Ridley’s narration will undoubtedly soothe any fears that you may have. “I am so very excited to work with IMAX to continue transporting audiences into space,” she said in a statement (via Digital Spy). “Asteroid Hunters showcases the brilliant minds of scientists and true planetary defenders working to protect our world and reminding us what our people are capable of when united by a common goal.”

Due for release on April 17 in selected cinemas, the film captures the wonder of space through special IMAX camera equipment, with their own 2.0 channel sound, as Digital Spy reports. “The IMAX experience is unmatched when it comes to space exploration,” Meghan Colligan, President of IMAX Entertainment said, “and we’re delighted to deliver another top-quality presentation to educate our audiences about the fascinating science behind asteroid detection and prevention.”

And if you thought Asteroid Hunters would be the last you’d see of Ridley for a while, think again. She’s got quite the hefty schedule in the coming months, including an adaptation of A Woman of No Importance, another sci-fi epic with Tom Holland called Chaos Walking, and will soon be reuniting with J.J. Abrams on the supernatural thriller Kolma.