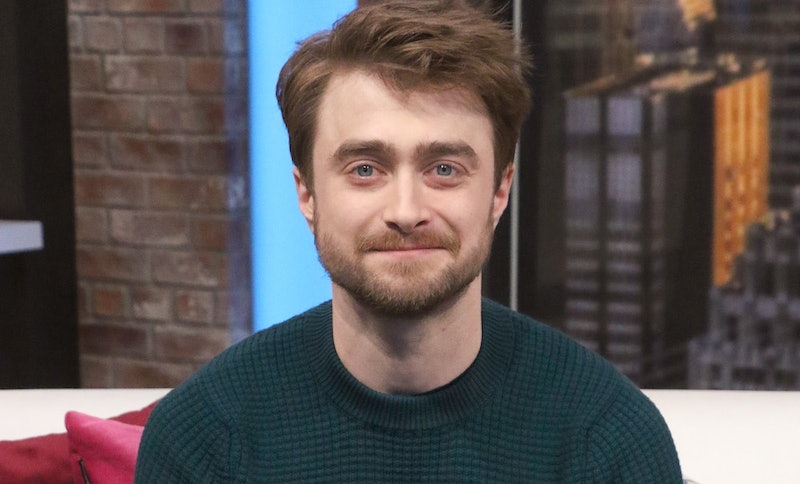 Sorry, fellow Hogwarts alums: Daniel Radcliffe isn’t interested in playing Harry Potter in the Fantastic Beasts films. In an interview with Variety on Friday, Radcliffe touched on his career-turning role as the titular boy wizard in all eight film adaptations of J.K. Rowling’s novels. While the Harry Potter universe has since found new life in the prequel franchise Fantastic Beasts and Where to Find Them, Radcliffe revealed that he has no interest in reprising his role alongside Newt Scamander any time soon.

“I don’t think so,” Radcliffe told Variety when asked about an interest to return as Harry Potter in the Eddie Redmayne-led films. “I don’t like to say no to things, but it’s not something that I’m rushing to do. I feel like those films have moved on and they’re doing just fine without us. I’m happy to keep it that way.”

He added of the tolls of a franchise, “I like what my life is now. I’m not saying that I’ll never go back into any franchise, but I like the flexibility that I have with my career now. And I don’t want to get into a situation where I’m signed up for one series for years in advance.”

Radcliffe burst into stardom at the age of 11 after he was cast as Harry Potter in all eight film adaptations of the franchise. The actor has since starred in a series of offbeat films, such as Swiss Army Man and Horns, that diverge dramatically from his revered Harry Potter persona. “I wasn’t like, ‘Find me the weirdest thing out there,’” he told Variety of his acting turn. “I wasn’t picking projects that were weird for weird’s sake… I think people saw me play one thing for so long that it seems more notable that I do loads of different stuff now.”

Set in the same wizarding universe as Harry Potter, 2016’s Fantastic Beasts and Where to Find Them followed the adventures of famed magizoologist Newt Scamander. It was followed by 2018’s Fantastic Beasts: The Crimes of Grindelwald. The third installment is slated for a November 2021 release. While Radcliffe is largely uninterested in a cameo, another major Harry Potter star has expressed an interest in appearing in the prequels. In an interview with MTV News in 2014, Emma Watson said of the possibility of reprising her role as Hermione Granger in the Fantastic Beasts films, “I would definitely be up for a cameo!"

A cameo from Hermione Granger in lieu of Harry Potter? Sounds magical.

More like this
Alan Rickman's Diary Reveals Why He Considered Leaving 'Harry Potter'
By Darshita Goyal
Lin-Manuel Miranda & Tituss Burgess React To 'Little Mermaid' Casting Backlash
By Radhika Menon
Margot Robbie Breaks Her Silence On *That* Viral 'Barbie' Moment
By Maxine Harrison
Everything You Need To Know About ‘Black Panther: Wakanda Forever’
By Bustle Editors
Get Even More From Bustle — Sign Up For The Newsletter