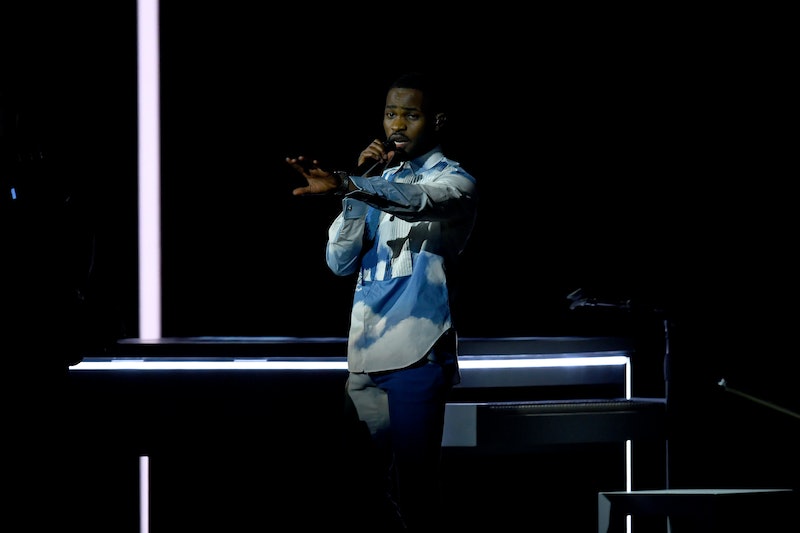 It would be fair to say that the BRITs have had their fair share of controversy in the past. From on-stage flights and verbal blows, there's been more than a few headline-grabbing moments in its 40-year history. Despite a moving start to proceedings to the 2020 edition with a number of touching tributes to the late Caroline Flack, the award show quickly took a rather political turn, with two major winners hitting out against British Prime Ministers past and present.

London rapper Dave won the night with his performance of "Black" from his critically-acclaimed album Psychodrama, for which he took home the Best Album of the Year award. Fans were treated to a brand new rendition of the track though, with the Mercury Prize-winner dropping a brand new verse featuring eyebrow-raising additions to the song's already powerful lyrics.

In it, the Top Boy actor touched upon the British media's treatment of Meghan Markle ("And if somebody hasn't said it / Equality is a right, it doesn't deserve credit / If you don't wanna get it, then you're never gonna get it /How the news treats Kate versus how they're treating Meghan" ); called out the government's response to Grenfell ("victims still need accommodation"); and called Prime Minister Boris Johnson "a real racist".

He also referenced London Bridge terror attack victim Jack Merritt. "And we still need support for the Windrush generation / Reparations for the time our people spent on plantations," he added.

Fans were quick to praise the "Purple Heart" rapper's performance, with many on social media appreciating his unapologetic political stances.

U.S. rapper Tyler, The Creator used his International Male Solo Artist win to make a political statement of his own. After thanking British funk from the 80s, his label and the "UK boys", he added one more "special shout out." Holding his award in one hand, and the microphone in the other, he continued: "to someone who I hold dear to my heart, who made it where I couldn’t come to this country five years ago. I know she’s at home pissed off. Thank you Theresa May."

As per Metro, the rapper was referencing the UK's anti-terrorism legislation, which denied Tyler from entering the country back in 2015, when he was due to perform at Reading and Leeds festival. The then-Prime Minister claimed his music "encourag[ed] violence and intolerance of homosexuality" and "foster[ed] hatred with views that seek to provoke others to terrorist acts." Tyler returned to the UK in 2019. And now, has won one of the country's top music awards too.