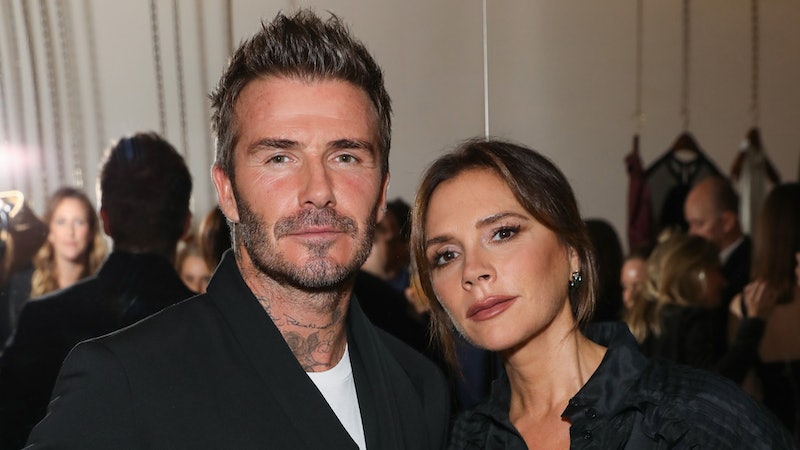 When it comes to celebrity power-couples, Posh and Becks are one of Britain's best-known, and during a recent appearance on The Tonight Show Starring Jimmy Fallon, David Beckham shared details of his first meeting with Victoria. Speaking on the late-night U.S. talk show, David opened up about the fateful 1997 encounter, which led to one of the most high-profile couplings in the world of sport and showbiz.

"She came to watch me in a game in London with her manager at the time, and one of the other Spice Girls, Sporty Spice," Beckham explained, before adding that Victoria was "obviously" his favourite member of the legendary girlband.

Chatting to host Fallon, David revealed that although he didn't get a chance to speak to his now-wife on that particular day, he did later invite the "Wannabe" singer to watch him play in another match the following week. "She'd had a couple of drinks. So, I decided, 'Why not? I'll try and get her number,'" Beckham recalled. "We talked for about an hour in the players' lounge. Then, she actually got the train up that day, so she wrote her number down on her train ticket, which I still have."

David and Victoria were engaged just one year after their fairytale introduction, and as Cosmopolitan reports, eventually tied the knot back in 1999.

In addition to Beckham's Tonight Show appearance, another major Posh and Becks throwback also resurfaced in a recent social media post shared by Victoria. Along with an adorable caption that read "so sweet! I love u @davidbeckham x," the Instagram clip displayed the former Spice Girl as she carried out what appeared to be a mock-interview with husband David — during which she quizzed the footballing legend about love, fame, and the moment they fell head over heels for one another.