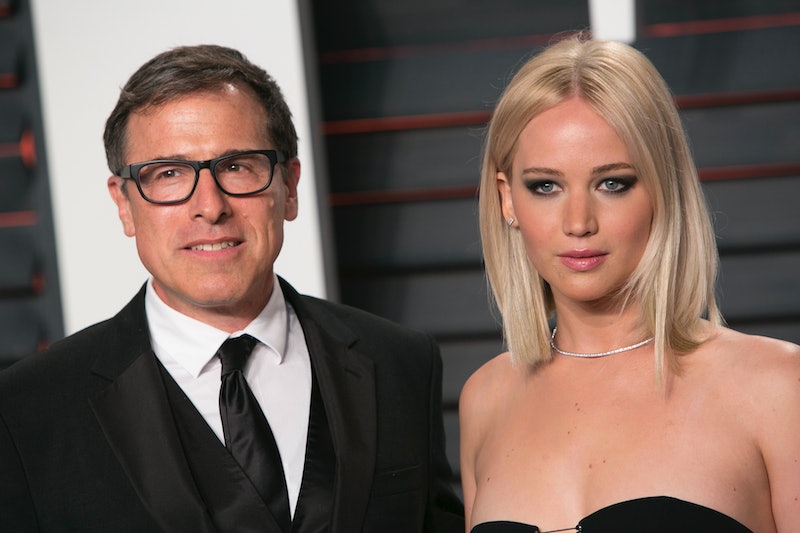 After the New York Times released a bombshell report, including decades of sexual harassment allegations against Harvey Weinstein, other men in Hollywood have been accused of the same thing. The latest being director David O. Russell, whose alleged history of groping and on-set abuse has been revealed by The Daily Beast.

In the report, Russell, who directed Silver Linings Playbook and American Hustle, is accused of sexual harassment and abuse that spans many years and movies. As the piece points out, though, most of this was an open secret, since much of Russell’s bad behavior has been well-documented.

This includes an on-set feud with George Clooney while filming Three Kings that resulted in a physical altercation, according to the film's producer Charles Roven. Clooney would later say that Russell "head-butted" him, while Russell claimed Clooney attacked him first.

This behavior, according to Clooney, was common on the set of Three Kings, claiming Russell made a script supervisor cry, pushed an extra, and embarrassed a camera-car driver. "David began yelling and screaming at him and embarrassing him in front of everybody," Clooney told Playboy in 2000. "I told him, 'You can yell and scream and even fire him, but what you can’t do is humiliate him in front of people. Not on my set, if I have any say about it.'"

There is also the infamous video of Russell yelling at Lily Tomlin while filming I Heart Huckabees. In it, Russell calls Tomlin a "c*nt" and throws things at her while storming off set. In 2015, Tomlin told The Hollywood Reporter she had made up with Russell and that "it wasn't any big deal."

So, why is The Daily Beast writing about the Russell abuse allegations now? Well, because in the wake of the Weinstein allegations, publications are making sure other high profile Hollywood players don't get a pass for their past. (Pajiba actually wrote a piece with the headline, “Hey Hollywood, Don’t Forget David O. Russell Is An Abusive Jerk.”) But, there was also another reason why Russell in particular is being called out.

After the Weinstein allegations were made public, Amazon released a statement that the company "no longer plans on moving forward with the David O. Russell Project,” which was originally set to be produced by The Weinstein Company. In a joint statement, Russell and the untitled drama’s slated stars, Robert De Niro and Julianne Moore, said “We support Amazon’s decision as in light of recent news and out of respect for all those affected we have decided together that it is best to not move forward with this show.”

But, The Daily Beast thought the fact that Amazon only broke ties with Russell because of Weinstein and not the director's own behavior “displays the full-blown hypocrisy of an industry in which men consistently flourish in spite of allegations against them.” Especially since Russell's own bad behavior isn't a part of his past.

In a 2014 email to Sony Entertainment CEO and chair Michael Lynton that was a leaked in the Sony hacks, journalist Jonathan Alter, who writes for The Daily Beast, talked about how "the stories about [Russell] reforming himself total bullshit but the new stories of his abuse and lunatic behavior are extreme even by Hollywood standards."

Alter goes on to say that Russell allegedly "so abused Amy Adams" on the set of 2013's American Hustle "that Christian Bale got in his face and told him to stop acting like an a**hole.” It was something Lynton seemed to confirm, saying Sony would not be doing another movie with Russell. "Next film for fox," Lynton wrote. "Trust me I know all about the other.”

While not getting into specifics, Adams also talked about the difficulties she had with Russell on the set of that film, telling British GQ:

I was really just devastated on set. I mean, not every day, but most. Jennifer [Lawrence] doesn’t take any of it on. She’s Teflon. And I am not Teflon. But I also don’t like to see other people treated badly. It’s not OK with me. Life to me is more important than movies.

Two years ago, it was reported that Russell yelled at Lawrence while filming 2015's Joy. A representative from the production 20th Century Fox confirmed there was a fight between the two, but said it was part of the process. They said that Russell was trying to get a reaction out of her.

Lawrence, who has has worked with Russell three times, took to Facebook to clear up the rumor that she and the director had a falling out, writing:

David O. Russell is one of my closest friends and we have an amazing collaborative working relationship. I adore this man and he does not deserve this tabloid malarkey. This movie is going great and I'm having a blast making it!

But the allegations of abuse against Russell don't just come from those on his movie sets. In 2011, Russell's niece, who is not related to him by blood, accused the director of groping her while at a Florida gym. In a police report, the then 19-year-old, who is transgender, said she was talking about hormones with Russell when he “put his hands under [her] top and felt both breasts.”

Russell confirmed the incident to the police telling them she gave him permission to touch her breasts and that he According to the police report "Russell stated [his niece] is always causing drama since the transgender transformation and has become very provocative and seductive." No charges were filed against Russell and the case was later dropped.

Russell's latest project with Amazon has been scrapped, but how soon before he gets another? With its report, The Daily Beast wants to make sure that Russell's history of abuse doesn't go unmentioned or unnoticed by Hollywood.

More like this
An Extremely Messy Ranking Of What Actually Happens In 'Don't Worry Darling'
By Chloe Foussianes
Paul Mescal, Man Of Mystery
By Samantha Leach and Heather Hazzan
Twitter Has So Many Thoughts About ‘Don’t Worry Darling’ After Its Release
By Stephanie Topacio Long
Florence Pugh Reflected On Her ‘Don’t Worry Darling’ Experience On Opening Day
By Brad Witter
Get Even More From Bustle — Sign Up For The Newsletter