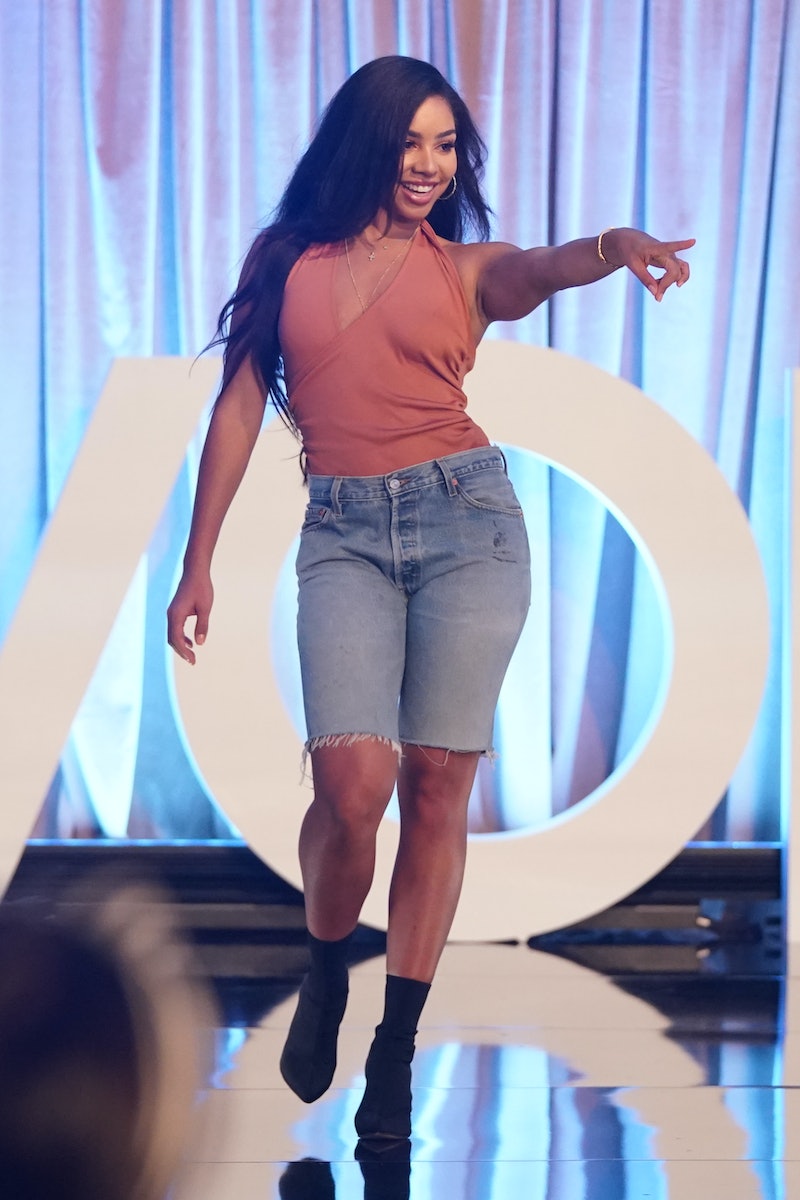 This season of The Bachelor really has been the most dramatic one yet, and one of the women who appeared on the show is 100% over it. During a recent appearance on The Bachelor Happy Hour Podcast, Deandra called out Peter for "rewarding" the girls' drama while sharing her reaction to being eliminated after Alayah's shocking return and re-elimination. The 23-year-old Texan was one of the first women to call out Peter for bringing Alayah back onto the show during the cocktail party in Cleveland, telling the bachelor that she has "never felt so unrecognized by somebody."

However, despite Alayah's second elimination — and a one-on-one conversation with Peter in which she declared herself "wifey material" — Deandra was sent home at the Rose Ceremony, and her face made it clear that she was blindsided by Peter's decision. "I was furious," Deandra told hosts, and former Bachelorettes, Rachel Lindsay and Becca Kufrin about her reaction to being eliminated, before adding that it was "more like confusion" about why Peter chose to keep the women he did. "Like, hey you are on this journey to find the woman who is for you. Why are we spending so much of this time on the same six girls trying to figure out about one girl’s drama, or like two girls’ drama?"

Deandra continued, calling Peter out for indulging all of the women's various fights, from the conflict between Victoria P. and Alayah and later, Kelsey and Tammy. "You have so many beautiful, smart, ambitious women here. Let’s say 'screw the drama for a second, let me get to know these other girls,'" Deandra said. "It was almost like he was rewarding the drama."

While Deandra said that she had "no regrets" about her time on The Bachelor, she did joke to the former Bachelorettes that she should have inserted herself into the drama in order to stay on the show a little bit longer. "I should’ve jumped in that drama," she said. "I should’ve been like 'You know what? I know one of these girls from before.' Just made something up so that he’d maybe pay attention to me."

At another point in the interview, Deandra revealed that from her perspective, Peter wanted someone who was bold and "aggressive," and that maybe if she had been more dramatic they could have formed a stronger connection. "I see the other girls who were more aggressive and I guess he appreciated that," she said. "He really appreciated, you know, showing more affection, [while] I kind of took a step back ... When there's 30 girls, you can't meet halfway, you're gonna have to take that extra step."

She may not have gotten a lot of time with Peter on the show, but ahead of the Rose Ceremony in Cleveland, she showed that she's not afraid to be bold when she led the charge in calling out Peter for inviting Alayah back onto the show. "For us, who went on the group date, who busted our ass on the football field and have physical the bruises to show," she said. "For you to come to the cocktail party and ignore half of us ... and walk the in, hand-in-hand with Alayah was the biggest slap in the face."

Despite her frustrations over the way Peter handled things with Alayah and the rest of the girls, Deandra has no hard feelings towards the Bachelor. "We weren't made for each other, I guess," she said on the Bachelor Happy Hour podcast. "[Peter] was very comforting and we had good conversation, but now looking back at the conversations he had with the other girls, we just didn't have that much in common."

Hopefully, she'll be able to find someone she has more in common with on Bachelor in Paradise or even as The Bachelorette, because Bachelor Nation definitely needs more of Deandra and her no-nonsense attitude on their TV screens.